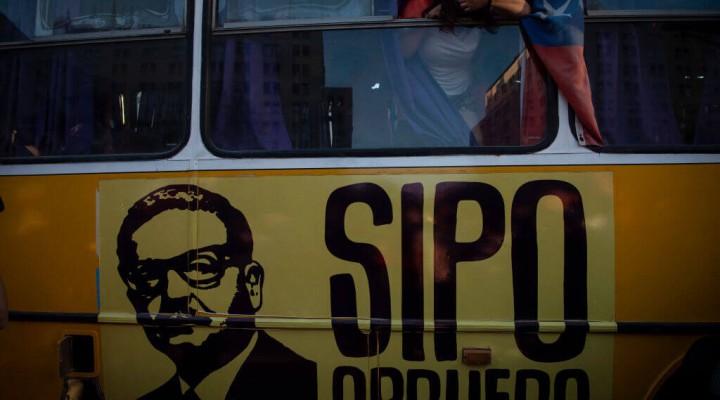 The Australian government’s legal and security representatives have deemed any declassification as harmful to Australia’s security interests and international relations.

Almost 48 years have passed since the U.S.-backed military coup in Chile ousted the democratically elected socialist presidency of Salvador Allende. The outcome was 17 years of military dictatorship under Augusto Pinochet’s rule, resulting in thousands of Chilean opponents tortured, murdered and in over 3,000 cases, disappeared. The U.S. role has gradually been uncovered under the U.S. Freedom of Information Act.

Less known, and still under wraps for alleged security reasons, is the role Australia played in Chile, in the years leading up to the coup.

Recently, former Australian military intelligence officer Cristian Fernandes presented a legal request to declassify documents pertaining to Australia’s role in Chile working as proxies of the U.S.’s Central Intelligence Agency (CIA). The country’s role in the years leading up to the coup was exposed in 1977, but details have remained classified. The Australian government’s legal and security  representatives have deemed any declassification as harmful to Australia’s security interests and international relations.

Fernandes’s request was rejected by the Australian government, despite the fact that the request did not call for revealing the identities of the officers involved, or any surveillance techniques used by Australia’s Secret Intelligence Services (ASIS).

Australia’s role in Chile commenced with a request from the CIA in 1970 to have two ASIS officers stationed in Chile’s capital, Santiago, reporting directly to Washington.

Australia’s role in Chile commenced with a request from the CIA in 1970 to have two ASIS officers stationed in Chile’s capital, Santiago, reporting directly to Washington. Australia’s Foreign Minister William McMahon approved of the collaboration, starting the clandestine operation in 1971. With the CIA closely monitored by the Allende government, the U.S. turned to its allies for help, particularly where it risked exposure in Chile.

Conflicting reports have emerged over ASIS’s links to the CIA, with some stating that Australian’s security services were working independently. However, the Labour Prime Minister Gough Whitlam, who took office in 1972, was informed by ASIS director Bill Robertson of its officers’ role in Chile and that their presence was tied to the destabilization of Allende’s government. Whitlam’s order to revoke ASIS’s presence in Chile was either initially ignored or else, other sources say, Whitlam hesitated in signing the revocation of the ASIS officers in Chile, out of caution regarding the U.S.’s possible reaction.

ASIS officers were out of Chile by October 1973, after the coup took place and Augusto Pinochet had started his purge throughout the country. This means that Australia’s role went beyond the destabilization period initiated by the CIA and security agents were present as Pinochet illegally assumed power in Chile. With ASIS out of Chile, the gap was filled by the Australian Security and Intelligence Organization (ASIO), who were working from the Australian embassy in Santiago. ASIO’s presence was confirmed by the Whitlam  government’s  former immigration minister Clyde Cameron, who asserted that ASIO was working in Santiago on behalf of the CIA.

The first CIA-ASIS links in Chile were reported by the Australian newspaper, the Sydney Morning Herald, who were contacted by ASIS to call off the investigation and to withhold publishing the names of the officers involved. In 1977, Whitlam stated to the Australian parliament, “It has been written – and I cannot deny it – that when my Government took office, Australian intelligence personnel were working as proxies of the CIA in destabilizing the government of Chile.”

Indeed, a search for the terms “Australia-Chile” turns up nothing in the U.S. National Security Archive’s database of declassified documents.

The Hope Report, commissioned by Whitlam, was published in 1977, confirming the presence of ASIS agents in Chile yet making light of the political situation and negating the links between ASIS and the CIA.

According to Nicky Hager, a journalist specializing in intelligence gathering, Australia would have asked the U.S. to refrain from declassifying documents that would highlight its role in the destabilization of Allende’s presidency. Indeed, a search for the terms “Australia-Chile” turns up nothing in the U.S. National Security Archive’s database of declassified documents.

Transparency as regards Australia’s involvement with the CIA in Chile has not been forthcoming. The Freedom of Information Act exempts documents dating back to 40 years from being published, ostensible for security reasons and the country’s national interest. While the identity of the ASIS officers in Chile has been established, Australia’s Intelligence Services Act of 2001 prohibits the publishing of names unless permission is granted by the security agencies’ directors.

Australia became a safe haven for Chileans escaping the horrors of Pinochet’s military dictatorship, even as its secret services collaborated against Allende and remained in Chile in the aftermath of the coup. In Australia, Chilean refugees were another target for ASIO and its espionage – the humanitarian welcome was juxtaposed against the politics of spying for Chile and the CIA.

Additionally, Australia was also a destination for Chilean torturers and agents, some settling in Australia to extend the espionage network on Chilean refugees. One notable case which received considerable national and international media attention is that of Adriana Rivas, a former torturer and secretary to Chile’s National Intelligence Directorate (DINA) Chief Manuel Contreras, who worked at the detention and extermination centre known as Cuartel Simon Bolivar.

Rivas absconded from Chile in 2010 through Argentina to escape facing justice and settled in Australia, working as a nanny.  Relatives of the disappeared have since 2013 worked with lawyers to have Rivas extradited from Australia to Chile, where she is wanted for her involvement in the torture and disappearance of seven detainees, among them the leader of Chile’s Communist Party, Victor Diaz. Rivas was detained in Sydney in 2019 and this week, the Federal Court of Australia rejected the former DINA agent’s appeal, declaring her extraditable to Chile.

While the Rivas case sheds light on the impunity which shrouds many former DINA agents who have yet to be brought to justice, the case also reflects the dissociation between the political and the humanitarian. Taking in Chilean refugees while allowing ASIO to spy on the people it hosted appears to have not been a source of controversy for the Australian government.

Yet there is an intentional reticence to divulge the extent of the earlier ASIS and ASIO links to the CIA, unlike the U.S., which has declassified thousands of documents relating to the CIA’s role in Chile and Latin America in general, including knowledge of the disappearances during Operation Condor – a collaborative effort to purge the region of leftists.

With investigative journalists unable to make inroads due to the government’s criminalization of such research into Australia’s role in Chile, it is likely that the country’s role spans further in terms of its collaboration with the CIA.