The War on Antisemitism Gains Momentum 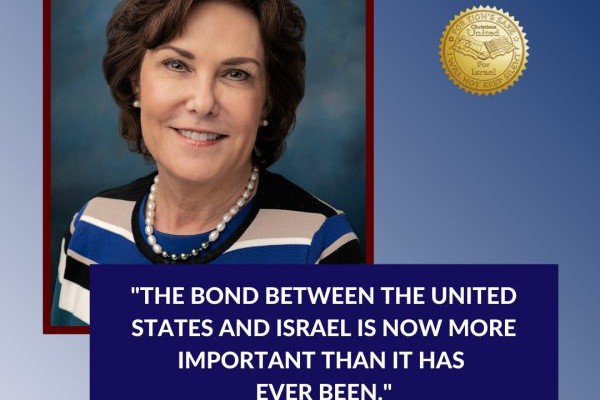 Silencing criticism of Israel is the primary objective

It has frequently been observed how Jewish organizations in the United States and Western Europe exploit their claimed perpetual victimhood to excuse their own ethnocentric manipulations while also providing cover for Israeli war crimes. What they refer to as the “Holocaust” is, of course, central to the effort, complete with a standard narrative that has more holes in it than a slice of Swiss cheese. To suit their purposes, Jewish suffering has to be unique, which has in the past led to successful efforts to deny the reality of other genocides, including those in Armenia/Turkey in the First World War and, more recently, Rwanda. Ironically, the Israelis themselves, without any shame, have engaged in something akin to genocide against the Palestinians, described by the victims as the Nakba, beginning in 1948, followed by the wholesale occupation of Palestinian and Syrian land subsequent to 1967 and the current incremental efforts to increase Arab suffering and drive them out of their homes.
As the number of avowed Zionists in Western government and media increases, efforts to use the legal system to silence critics have also become more common. In a number of European countries, questioning the holocaust narrative is a crime punishable by punitive fines and even prison sentences. Efforts to deviate even slightly from the accepted story of what happened in 1939-45 and its consequences produce immediate virulent responses from Jewish groups and from Israeli officials as well as from representatives of countries that have submitted to the Zionist yoke, to include the United States. Poland is currently under pressure because its parliament has passed a statute of limitations on Jewish/Israeli demands for restitution of property conveyed or seized during the war. As the war ended more than 75 years ago, the Polish desire to end the continued arbitration would seem reasonable, but not so to the Israelis and American Jewish groups’ that want to maintain the cash and property flow until eternity. Some advocates of the immutability of Jewish suffering have actually argued that the damage done to Jews might be inheritable, in one’s DNA presumably, requiring continuing compensation for future generations.

Given the fact that Israel’s recent ferocious assault on Gaza visibly shifted the perceptions of some ardent supporters of the Jewish state, there has been intense damage control emanating from the Zionists and their friends. Part of the counter-attack has consisted of inflating media accounts that previously would not have seen the light of day to remind readers and viewers of Jewish suffering. One also has the impression that streaming movie services have been featuring a much larger than usual number of movies relating to the holocaust and to Israel, no surprise given the prevailing ethnicity of the entertainment industry.

Two recent stories center on Republican lawmakers who used holocaust references as props to emphasize their opposition of mandatory COVID vaccinations. The media has been hammering Representative Marjorie Taylor Greene of Georgia for comparing vaccine mandates to the holocaust and the alleged “gold stars” that Jews were required to wear. She later apologized after completing her mandatory visit to the Holocaust Museum in Washington, D.C. The more recent tale involved Washington state representative Jim Walsh, who wore a yellow Star of David and later explained himself by saying “It’s an echo from history. In the current context, we’re all Jews.” The Anti-Defamation League (ADL) demanded an immediate apology and complained that “During these challenging times of rising antisemitism, elected officials continue to deepen the pain through ignorant Holocaust analogies to COVID-19 health guidelines…”

The suffering story is inevitably backed up by claims of anti-Semitism to smear opponents, applied as necessary, together with regular reports in the mainstream media to sustain the impression that anti-Semitism is surging in the United States and elsewhere. Rarely is it pointed out that criticism of Israel for its behavior most often generates what hostility towards Jews that does exist.

Official Washington is, of course, on the ball when comes to setting the record straight on how much it loves Israel and all things Jewish. On June 21st, the Senate passed by voice vote a bipartisan resolution condemning the recent rise in antisemitism in the US and around the world. The Senate, in fact, now has a bipartisan Combating “anti-Semitism” task force consisting of a majority 56 members and there is a similar organization in the House of Representatives. Senator Jacky Rosen of Nevada, who sponsored the bill, explained how “Recently, we’ve seen attacks on Jewish communities and Jewish-owned places of business, foreign leaders who have invoked antisemitic conspiracies, and elected officials diminishing the horrors that Jews endured during the Holocaust. No issue threatens Jewish communities more than the alarming rise of antisemitism and violent extremism.”

Rosen has, of course not ever deplored Israeli behavior, even when Jerusalem deliberately targets and kills scores of children. But she does consider it surging anti-Semitism when on a college campus someone criticizes Israel or makes a disparaging comment to a Jewish student. All such incidents contribute to the ADL statistics showing the surge in anti-Semitism. The resolution recommends that the White House take steps to “advance accurate Holocaust education and counter Holocaust denial and distortion by fully implementing the Never Again Education Act, and to ensure the physical security of Jewish institutions and organizations.” In fact, 19 states currently require holocaust education while Jewish institutions already get over 95% of discretionary funds from the Department of Homeland Security, something the winsome Ms. Rosen might be unaware of.

But it is the White House that is taking the lead in protecting both Israel and America’s Jewish “minority” (sic). President Joe Biden met with retiring Israeli President Reuven Rivlin on June 27th to discuss the Iranian threat and Israel’s defense “needs,” presumably beyond the nearly $5 billion that it already has in the pipeline for this year. At the meeting Biden renewed his pledge to provide unconditional support to the Jewish state, which he again affirmed has the “right to defend itself.” Presumably that includes shooting teenagers throwing rocks.

The White House has also distanced itself from progressive congressmen who are seeking to soften the relationship between the US and Israel. Press secretary Jen Psaki made very clear that Congresswoman Ilhan Omar’s comparing the US and Israel to some alleged terrorist groups was unacceptable. Psaki added that speaking negatively about a “close ally” would be “false and unacceptable,” apparently unaware that Israel is not, in fact, technically speaking an ally as that status requires reciprocity.

After another sharp exchange with critics, an American Jewish Committee spokesman denounced Omar because her “…comments draw on classic antisemitic themes about Jewish clannishness, the notion that Jews only look out for themselves.” I will leave it to the reader to judge that one.

Biden also iced the cake on what one might refer to as the anti-Semitism issue. He approved of a decision made by the Donald Trump Administration in 2018, that the International Holocaust Remembrance Alliance’s (IHRA) working definition of anti-Semitism, which includes criticism of Israel, is the US government “gold standard” for defining the problem. The Bureau of Legislative Affairs was more expansive on the issue, writing that “The Department agrees that it is crucial that governments and publics are able to recognize anti-Semitism in its many forms, traditional and contemporary, so that we can call hate by its proper name and take effective action.”

The Biden Administration also promised not to limit free speech over the issue before throwing in another zinger: “This, however, does not mean we let anti-Semitic speech and other forms of hate speech go unchallenged.” That means that any American who criticizes Israel or the political activities of Jewish groups is potentially considered by the United States government to be an anti-Semite and a hater who will be “challenged” by the Justice Department. It also implies that he or she might be one of the extremists that the Justice Department under Merrick Garland is seeking to identify and prosecute under impending new legislation. I would bet that the new laws will specifically include anti-Semitism as part of the “how to identify an extremist” language, which means that Biden will have gone beyond even Trump in his bowing to Jewish and Israeli interests. And I’m sure once the principle is established that there is something particularly heinous about offending Jews, there will be more to come, possibly much more.

0 thoughts on “The War on Antisemitism Gains Momentum”