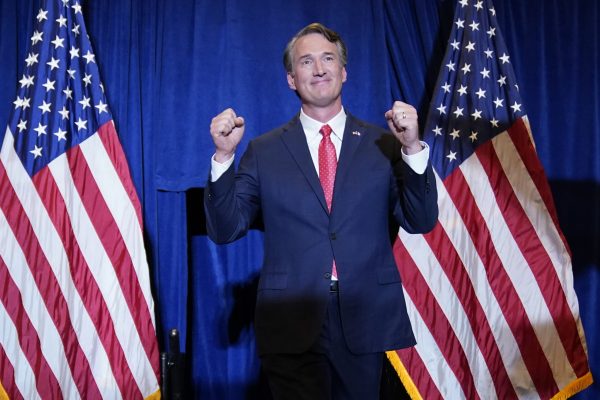 Every time one thinks that politicians in the United States might have actually have had a “come to Jesus” moment and will henceforth serve the people who pay to support them, something pops up to demonstrate that nothing has changed but the names of the folks who are selling most of us out. As a Loudoun County Virginia resident with children and grandchildren in the public school system who is active in the Fight for Schools movement, I was delighted when Glenn Youngkin defeated the truly despicable Terry McAuliffe to become the next government of the state. McAuliffe not only engaged in constant race and class baiting in terms of how he couched his appeals to voters, confident that the fraud that he and his party-mates had engineered into the system disguised as “voting rights” would be enough to win the day in a state that has leaned Democratic in recent elections. So tone deaf to the voters was McAuliffe that he came out with “I don’t think parents should be telling schools what they should teach.” and two days before election day went off the deep end by telling his audience at a rally that Virginia just has too many school teachers who are white.

So goodbye McAuliffe, a man born to be forgotten even by his patrons the Clintons but for his improvised victory dance on the stage during one of his last appearances, a performance so appalling that his daughters were embarrassed to watch. So now we have Glenn Youngkin as governor-elect and a new day is dawning…or is it? Hopefully the new administration will kill Critical Race Theory and the pursuit of “equity” in the public schools, thereby returning academic standards to what they once were. And parents might actually be listened to over their concerns rather than being sent to jail for protesting. But what else will be in the package?

Well, it should surprise no one that the usual pander to America’s wealthy and powerful Jewish community has been going on behind the scenes. Media reporting dated the very day after Youngkin was elected revealed that “Glenn Youngkin today announced a plan to combat anti-Semitism in Virginia… one area of particular concern to Youngkin is the increasing number of crimes targeting Jews. That is why as governor he will form a Virginia Holocaust, Genocide and Anti-Semitism Advisory Commission and push the Virginia General Assembly to pass a state law adopting the International Holocaust Remembrance Alliance’s working definition of anti-Semitism. ‘Virginia must take clear and concrete action to stop all forms of anti-Semitism, and when I’m governor, we will,’ said Youngkin. ‘I will push the General Assembly to pass a law adopting the internationally recognized definition of anti-Semitism, and I will form a commission to examine and address anti-Semitic incidents in Virginia. Our Jewish friends and neighbors must know that we stand with them against the tide of hate and discrimination…’”

Presumably Youngkin, who clearly was coached on his statement, is aware that the International Holocaust Remembrance Alliance (IHRA) definition of anti-Semitism includes criticism of Israel as an indication that one is an anti-Semite. For those of us who have always believed that Israel is a foreign nation with interests that differ from those of the United States and that it can be criticized just as one would any other country in the world, the state of Virginia will clearly be embracing a contrary view. And one can only look forward to the sanctions against anyone who dares to support boycotting Israel products or services, referred to as BDS, to put pressure on Jerusalem to begin treating the Palestinians humanely.

Ironically, Youngkin was labeled an anti-Semite during the campaign against McAuliffe, which should have alerted him to the danger inherent in special commissions set up at the behest of agenda-driven racial or ethnic groups. In a campaign rally, he named George Soros, who is Jewish, as the source of the money that was planting political activists in Virginia local governments and school boards, which is demonstrably true. One Virginia Democrat leader claimed that Youngkin had been “spouting off antisemitic tropes, just to fire up his base.”

Youngkin might consider that far from being the perpetual victim, American Jews are the wealthiest, best educated and politically most powerful demographic in the US, something that is true all across the country and even more so in Virginia near the seat of power in Washington where Jews are way over-represented. Their power enables the brutality of Israel in its occupation of historic Palestine, which includes shooting and imprisoning children, blowing up hospitals and apartment buildings, and engaging in acts of war against its neighbors Syria and Iran. Recently the Jewish state has announced a new wave of illegal “settlement” building on the occupied West Bank, a decision that even provoked the gutless Biden Administration to object mildly, while also describing a group of Palestinian charities and civic organizations as terrorists. Who is the victim Glenn?

There are roughly 70,000 Jews living in Virginia out of a total population of 8,670,000 and one would be hard pressed to find any overt instances of actual anti-Semitism. Jews in Virginia are privileged, just like they are nearly everywhere in the United States, and the Speaker of the Virginia House of Delegates is a Jewish woman, Eileen Filler-Corn. Of course, groups like the notoriously sensitive Anti-Defamation League (ADL) can always come up with what they claim to be anti-Semitic incidents when there are swastikas drawn on walls or doors or by citing the instances when a Jewish student feels uncomfortable at college because someone was holding up a sign saying “Free Palestine.” Sometimes the perpetrators of so-called anti-Semitic incidents have themselves been Jews.

Youngkin has apparently been briefed to believe that the state is overrunning with fanatical anti-Semites seeking to kill Jews and burn down synagogues so he is pledging “concrete action to stop all forms of anti-Semitism” which presumably will include restrictions on Freedom of Speech, for which appropriate “hate crime” laws will be drafted. This follows a pattern established in a number of other US states where local Jews are working hard to suppress any criticism of Israel.

Youngkin’s unneeded commission to support uniquely Jewish interests will, of course, cost the usual substantial dollop of unaccountable taxpayer money to support a demographic that is already rich and powerful. Israel and the Jewish community already get an enormous free ride from the state government. I have previously reported how Grant Smith, who heads the Institute for Research: Middle Eastern Policy (IRMEP), has detailed how one such board that he has identified in Virginia is a unique example of a state’s economic policies being manipulated by a dedicated Israeli fifth column in government. It is named the Virginia Israel Advisory Board (VIAB).

The VIAB uniquely is actually part of the Virginia state government. It is funded by the Commonwealth of Virginia and is able to access funds from other government agencies to support Israeli businesses. It is staffed by Israelis and American Jews drawn from what has been described as the “Israel advocacy ecosystem” and is self-administered, appointing its own members and officers. Only Virginia has such a group actually sitting within the government itself though other states have similar advisory or “trade” commissions. VIAB is able to make secret preferential agreements, to arrange special concessions on taxes and to establish start-up subsidies for Israeli businesses. Israeli business projects have been, as a result, regularly funded using Virginia state resources with little accountability. It has been estimated that the cash flow in favor of Israel from Virginia alone has exceeded $500 million annually.

Smith has reported how VIAB is not just an economic mechanism. Its charter states that it was “created to foster closer economic integration between the United States and Israel while supporting the Israeli government’s policy agenda.” Smith also has observed that “VIAB is a pilot for how Israel can quietly obtain taxpayer funding and official status for networked entities that advance Israel from within key state governments.” The board grew significantly under Democratic governor Terry McAuliffe’s administration (2014-2018). McAuliffe, regarded by many as the Clintons’ “bag man,” has received what are regarded as generous out-of-state campaign contributions from actively pro-Israeli billionaires Haim Saban and J.B. Pritzker, who are both affiliated with the Democratic Party.

Terry McAuliffe as governor met regularly in off-the-record “no press allowed” sessions with Israel advocacy groups and spoke about “the Virginia Advisory Board and its successes.” That was, of course, a self-serving lie by one of the slimiest of the Clinton unindicted criminals. In short, the VIAB is little more than a mechanism set up to carry out licensed robbery of Virginia state resources being run by a cabal of local American Jews and Israelis to benefit their co-religionists in Israel. As a side benefit to us Virginians, its reckless activities have led to numerous zoning and environmental violations.

So Glenn Youngkin I wish you well. I sure as hell voted for you given that you were running against Terry McAuliffe supported by folks named Biden, Harris, Obama and Abrams, but hey, if you truly have any integrity, it is past time to get your mind right on Israel and its supporters re the con-job they have been pulling on the American people for the past seventy-plus years. You are smart enough to know that but perhaps so ambitious that you will bury your conscience and go along with the bullshit. Anti-Semitism, such as it is, does not threaten our Republic but the continuous pandering to a specific special interest that already has money and power and is tied with a foreign government that wants us to go to war on its behalf is both unacceptable and dangerous. Please take the papers relating your planned anti-Semitism Advisory Commission, which will no doubt be generously compensated and staffed by the Chosen, and shove them into a file somewhere where they will never be seen again. You have more important things to do, believe me.

Why A Conservative Conference in Florida?

Why Not Question “the Holocaust” in Schools?

The Latest Spy Story: Was It Involving Israel Yet Again?