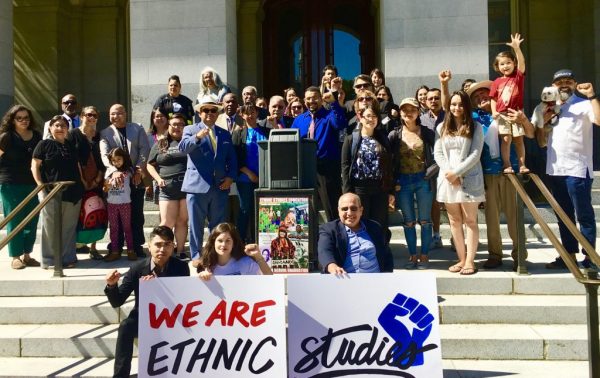 It is more-or-less accepted that Jewish Zionists pretty much control many aspects of what comes out the other end of US foreign policy formulation and have plausibly done so since the time of President Bill Clinton, if not before. It was also a given that President Donald Trump, for all his talk of Making America Great Again, would shower benefits on Israel, a propensity that has already become well established for the Joe Biden Administration. And it should also surprise no one to learn that the benefits derived from the Israel-lean in foreign policy accrue to the Jewish state, allowing it to continue its human rights violations and war crimes at will. The benefit to the US Taxpayer, who generously funds the enterprise, amounts to nothing in return but the scorn of much of the rest of the world that sees Washington as Jerusalem’s poodle.

But what is perhaps somewhat more interesting to observe as it unwinds is the penetration of state and local governments by advocates of policies and legislation that is narrowly focused on Jewish or Zionist interests. Florida, with its large Jewish population and the leadership of a governor who desperately wants to become president, has not surprisingly led the way. Its “Florida Stands With Israel” license plate is so far unique, as was Governor Ron DeSantis’s stunt holding his first state cabinet meeting in Jerusalem in May 2019 disguised and funded as a “trade mission,” accompanied by a planeload of his most ardent Zionist supporters. That no one appears to find this pandering to a foreign country that has been accused of multiple crimes appalling is itself appalling.

State governments have been adhering to demands by Israel to punish those who seek to boycott the Jewish state and its illegal West Bank settlements, both individually and through pressure on corporations, as has taken place with Ben & Jerry ice cream. Universities have also fired faculty and banned instruction that is critical of Israel. But much of the manipulation of ties with local governments has a financial objective, as the various trade agreements entered into between Israel and individual states, though described as investments, only lead to a cash flow in one direction. Grant Smith, who heads the Institute for Research: Middle Eastern Policy (IRMEP), has detailed how one such board that he has identified is a unique example of a state’s economic policies being manipulated by a dedicated Israeli fifth column in government. It is named the Virginia Israel Advisory Board (VIAB).

The VIAB is unique because it is actually part of the Virginia state government. It is funded by the Commonwealth of Virginia and is able to access funds from other government agencies to support Israeli businesses. It is staffed by Israelis and American Jews drawn from what has been described as the “Israel advocacy ecosystem” and is self-administered, appointing its own members and officers. Only Virginia has such a group actually sitting within the government itself, ready to make secret preferential agreements, to arrange special concessions on taxes and to establish start-up subsidies for Israeli businesses. Israeli business projects have been, as a result, regularly funded using Virginia state resources with little accountability.

Smith reports how VIAB is not just an economic mechanism. Its charter states that it was “created to foster closer economic integration between the United States and Israel while supporting the Israeli government’s policy agenda.” Smith also has observed that “VIAB is a pilot for how Israel can quietly obtain taxpayer funding and official status for networked entities that advance Israel from within key state governments.” The board grew significantly under Democratic governor Terry McAuliffe’s administration (2014-2018). McAuliffe, who is running again, regarded by many as the Clintons’ “bag man,” received what were regarded as generous out-of-state campaign contributors from actively pro-Israeli billionaires Haim Saban and J.B. Pritzker, who were both affiliated with the Democratic Party. McAuliffe met regularly in off-the-record “no press allowed” sessions with Israel advocacy groups and spoke about “the Virginia Advisory Board and its successes.” That was, of course, a self-serving lie by one of the slimiest of the Clinton unindicted criminals. In short, the VIAB is little more than a mechanism set up to carry out licensed robbery of Virginia state resources being run by a cabal of local American Jews and Israelis to benefit their co-religionists in Israel. As a side benefit to us Virginians, its reckless activities have led to numerous zoning and environmental violations.

Other initiatives in a number of states are “educational” or cultural. The pressure is constantly on to memorialize the claimed perpetual victimhood and suffering of Jews. This has led to taxpayer supported holocaust museums springing up like mushrooms and the mandatory teaching of holocaust courses in 20 states. Lest there be any confusion, the courses are used inter alia to support the mythology about the founding of Israel, indoctrinating yet another generation of Americans on the “right thinking” over the issue.

It is perhaps inevitable that California, with 500,000 wealthy and politically powerful Jewish residents clustered around Los Angeles and San Francisco, would have to climb on to the Israel and Jewish-interests gravy train sooner or later. Indeed, Californians are already overloaded with the Zionist narrative. School children in 8th and 9th grade English courses are required to read, study and discuss the Diary of Anne Frank. In 10th grade they move up to the largely fictional “Night” by Elie Wiesel. History textbooks, as nearly everywhere in the United States, heavily emphasize the holocaust in World War 2, together with the repeated false claim that the war was initiated by German Chancellor Adolf Hitler largely to exterminate Jews.

In spite of all that already in place, it is interesting to note the back story behind Governor Gavin Newsom’s recent signing of State Assembly Bill 101 which mandates a curriculum reform for the state’s public and charter schools that creates an Ethnic Studies requirement for graduation. The bill was focused on “telling the stories” of California’s “historically marginalized communities.” The legislation to authorize the curriculum was actually delayed for over one year due to organized Jewish objections that led to a veto by Newsom and numerous revisions of the text moderated by those same Jewish groups and their associates in government. Their pushback was spearheaded by the progressive California Legislative Jewish Caucus, which claimed that the original text would open the door to possible school student exposure to groups like the pro-Palestinian Boycott, Divestment and Sanction (BDS) movement. It was also feared that it could lead to discussion of claims of brutal treatment of the Palestinians by the Israelis.

There were also objections because there was no section on anti-Semitism specifically, that the Jewish experience of bad treatment and suffering in America was not part of the curriculum. It was an odd claim given the prosperity and power of the California Jewish community, which has been prominent for over a century and concentrated in wealthy enclaves like Hollywood and Beverly Hills.

Newsom delayed in doing anything as he was engaged in what eventually became a serious recall fight, in which he needed Jewish money and both political and media support. With that in mind, he accepted that the curriculum reform would have to be amended to include anti-Semitism, and even went so far as to define any discussions of Muslims as part of a consideration of Islamophobia, effectively closing the door to any independent look at the Palestinian cause.

To be sure, there were nevertheless objections from more extreme Zionist groups, including the Amcha Initiative, which protested with the following somewhat ironic statement: “While certainly not all in the ethnic studies field fall into this category, there is a vocal and active faction of extremists who have long been seeking to inject their antisemitic and anti-Zionist agenda into our nation’s classrooms.” One might observe that if that were true, they are only following the model established by Jewish zealots.

So, under Jewish pressure, “Ethnicity” came to be primarily defined as Jews, Muslims, Latinos, Asians, Native Americans and Blacks. Sikhs and Armenians were to be allowed to discuss their own ethnicities in schools where they have a large presence, but no Irish nor Italians need apply, even though they both constituted numerically more Americans than many of the other groups, far more than the number of Jews. And, though Europeans and white, they also had their own “ethnically” derived problems as immigrants, with the Irish systematically denied jobs and housing in nineteenth century America while President Teddy Roosevelt described Southern Italians as the “most fecund and least desirable population of Europe.” In 1902, future President Woodrow Wilson added his view “but now there came multitudes of men of the lowest class from the south of Italy … having neither skill nor energy nor any initiative of quick intelligence.”

And there is, of course, a back story to the back story. California Jewish media reports that “The signing comes two days after Newsom held a press conference and photo-op announcing a new initiative supported by a number of Jewish groups and Holocaust educators, to form a governor’s council to improve Holocaust and genocide education for young people across the state.”

The Israeli media quickly picked up on the good news which means more money and political support for the Jewish state and other Jewish causes. “The council will provide educational resources regarding the Holocaust and other instances of genocide to students at California schools and ‘provide young people with the tools necessary to recognize and respond to on-campus instances of antisemitism and bigotry’ according to the governor’s office. ‘We find ourselves in a moment of history where hate pervades the public discourse,’ Newsom said. ‘National surveys have indicated a shocking decline in awareness among young people about the Holocaust and other acts of genocide.’”

So, once again Israel wins both ways in California, joining states like Texas, Florida and Virginia that are already fully on board. Not only has the mandatory Ethnic Studies program largely shut out the Palestinians and turned Jews into perpetual victims, Governor Newsom has also put his markers down on increasing the consumption of the standard holocaust myth to indoctrinate young Americans who have the misfortune to attend California schools. And the trend is unfortunately a national one as more states appear poised to get on board the pander to Israel movement.