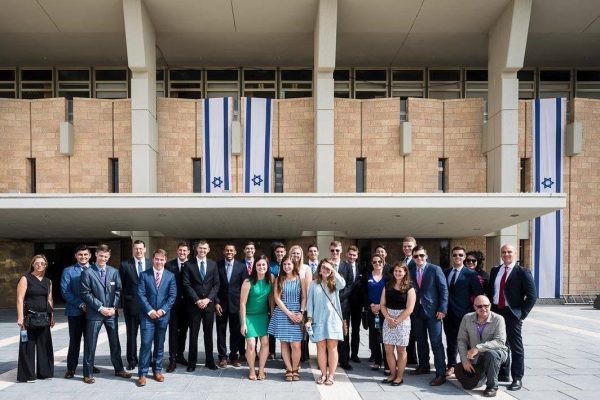 Israel never loses an opportunity to promote what it perceives to be its interests. That any nation would do just that most of the time should surprise no one, but Israel is perhaps unique in terms of how assiduously it works at creating situations that favor it through the use of corruption of foreign governments and subversion of existing institutions. For most countries, the actions of a minority that seeks to advance the interests of a foreign nation would face strong resistance, but Israel manages to get away with what it does due to the presence of powerful and wealthy diaspora communities, most particularly in the Anglophone countries, but also in France.

The Israel Lobby in the United States has been subjected to some scrutiny thanks largely to the impetus provided by Professors John Mearsheimer and Stephen Walt’s groundbreaking study The Israel Lobby and U.S. Foreign Policy. More recent revelations have come from undercover journalism undertaken by al-Jazeera, which has demonstrated how British Jewish groups and parliamentarians have worked together with Israeli Embassy intelligence officers to remove public officials believed to be critical of Israel. Jeremy Corbyn, leader of the Labour Party, has been on the receiving end of a campaign to replace him for his alleged anti-Semitism solely because he has condemned Israeli oppression of the Palestinians. A second al-Jazeera investigation demonstrated how The Lobby, cooperating with the Israeli Embassy, has been controlling discussion of the Middle East in the United States, which should have surprised no one.

Europe indeed appears to be a hotbed of anti-Semitism, or so Israel and its friends would have us believe. Leaders in France, Germany and Britain feel compelled to frequently address the issue, making the equivalent of a war on anti-Semitism a principal objective of government. The United States has joined this effort, appointing a Special Envoy to Monitor and Combat Anti-Semitism whose job includes reporting other countries’ treatment of Jews and Israel.

The newest wrinkle comes under the category of Lawfare. It consists of hate crime laws that are directed against anyone criticizing Jews and, increasingly, Israel. In fact, any criticism of Israel is frequently being seen as a criminal offense, a trend that is also evident in the United States at the national, state and local levels, where Jewish groups have also been quick off the mark in claiming that anti-Semitism is surging. Freedom of speech in the western world has been diminished as a result.

Diaspora Jews are well entrenched in the media, which has enabled them to promote a narrative favorable to Israel no matter what it does, to include a repetitive dose of holocaust guilt that plays out from Hollywood and elsewhere in the media. The assiduously cultivated message for the public is that Jews are always the victims, never the aggressors, even when IDF snipers shoot Arab children and medical workers during protests.

Perhaps more seriously damaging are the technology thefts and deliberate export of American jobs to the Jewish state by Israelis and their diaspora billionaire friends, as well as general interference in and spying on the U.S. government at all levels. But perhaps the most outrageous initiatives engaged in by the Jewish state are the direct attempts to manage U.S. policies by subverting individual Americans who are or will be well placed to influence U.S. government decision making. It is well known how new Congressmen and spouses are treated to an all expenses paid trip to Israel by an affiliate of the American Israel Public Affairs Committee (AIPAC), which is little more than a propaganda exercise designed to influence their thinking about what is going on in the Middle East while at the same time impressing them regarding the power and wealth of The Lobby. The pandering to Israel is frequently extreme. Late last month, Florida’s governor Ron DeSantis, who has declared himself the most pro-Israel governor in the U.S., held a possibly illegal meeting of his state’s governing cabinet in Jerusalem.

A recent article in the Jerusalem Post demonstrates another aspect of how extensive Israeli efforts to infiltrate and corrupt American institutions to their benefit actually are. The article describes how “Close to 40 American cadets and officers wrapped up a two-week long trip to Poland and Israel on Monday, meeting with high-ranking military officers to learn about the Jewish State and the reality of its security situation. The trip, organized by Our Soldiers Speak (OSS), left a deep impression on the visiting service members who hail from the West Point Military Academy, the Air Force Academy, and the Virginia Military Institute, with some even voicing their readiness to fight and if necessary die alongside IDF troops.”

It was the third such visit to Israel by a group of representative military cadets. The travelers were treated to guilt first with stops at concentration camps in Poland. They then were subjected to the Israeli point of view through “high-level briefings from current and former policymakers and commentators from across the spectrum in the areas of security, strategy, international relations, law, politics, and more.”

Make no mistake, the entire exercise was a scarcely concealed bid to set up what one might regard as the recruitment of future Israeli spies within the U.S. military. Such spies, who will plausibly be able to promote policies favorable to Israel, are referred to as “agents of influence.” Benjamin Anthony, the Director of OSS, admitted as much, saying that “This unparalleled experience enables American cadets to learn about hot-button issues and matters of utmost strategic importance in the Middle East firsthand. By forging bonds between the cadets and Israeli military officers, we are laying the groundwork for future understanding and productive interactions. We wanted to impact people who will be in leaderships positions a short time after the trip to Israel. All of them will be in command positions two or three years after this trip and they will be better informed about America’s greatest ally in the Middle East and the world.”

The cadets, who apparently received no pre-trip briefings from their respective institutions regarding Israeli spying, naively accepted everything they were presented with and appear to have believed they were hearing the unvarnished truth about the Middle East. They even compared the Jewish state favorably to their own country. One cadet, Stephen Marn of the Virginia Military Institute, enthused that “Israel has so many enemies knocking on their back door yet the people in Jerusalem were happy, enjoying life… it was an amount of true patriotism that I don’t see in America today. I got pretty emotional.”

Marn, who will receive a commission in the U.S. Army, said that he can “absolutely” see himself fighting alongside IDF officers. “No question, without a doubt,” he said with a smile. West Point cadet Travis Afuso agreed, saying “Absolutely. We have a shared understanding of the threats, a shared set of values based on freedom and democracy and those are the things which will allow us to fight together and if necessary to die by each other’s side if that’s what it comes to. If that is what my country asked of us, if I was sent here, I would be proud to stand by the soldiers of the IDF.”

Afuso also admired how “Every soldier we spoke to had a deep need to serve. They understand that there will be no Israel unless people are willing to die for Israel. A lot of people in America need to understand that nothing is free and you have to work for it.”

The comments of the cadets are regrettably similar to the effusions by U.S. Air Force Lieutenant General Richard Clark, who has enthused that American soldiers are “prepared to die for the Jewish state” and also added that they would “probably” be under the command of Israeli Air Force General Zvika Haimovitch, who would decide on the involvement of U.S. personnel. Haimovitch commented “I am sure…we will find U.S. troops on the ground…to defend the state of Israel.” The two generals were referring to the fact that the U.S. already has airmen stationed permanently at Israel’s Mashabim Air Base in spite of the fact that the two countries have no defense agreement of any kind. The Americans, though few in number, would serve as a trip wire to guarantee that Washington would become involved in any war that Israel chooses to start.

The fact that future military officers are so naïve as to accept a dog and pony show presented by a foreign government that urgently needs uncritical American support is discouraging. The VIP tour they took was no doubt escorted by good looking young Israeli male and female soldiers, the food they ate was probably exceptional, and one might bet that the high officials they spoke to actually pretended to care about the cadets on a personal level. Once those cadets become military officers in responsible positions a few years down the road good buddy Benjamin from the IDF will show up with a dinner invitation to talk about old times. At dinner, Ben will ask for a favor. That is how an intelligence operation targeting certain groups or demographics works. Relax, we love you.

But what is really surprising is how the trip was organized and paid for. In spite of all the activity by the organization being focused on Israel and its interests, OSS is not Israeli. It is American, funded by the usual Jewish oligarchs and organizations. The “Our Soldiers” referred to are Israelis, demonstrating one again where the actual loyalty of some American Jews resides. OSS is somewhat similar to the odious U.S.-based Friends of the Israel Defense Forces, which routinely raises millions of dollars in gala events in Hollywood and New York City.

Both of the Israeli front organizations are IRS approved 501(c)3, a status normally granted to groups that are either educational or charitable. Donations are tax exempt, which means that the American taxpayers are footing part of the bill for organizations that are plausibly recruiting spies within the United States government and also supporting a military that is in no way allied with the U.S. It would be very interesting to ask a Congressman how that came about, but he or she would be too terrified to respond, while inquiries to Treasury would undoubtedly land on the desk of the same Jewish bureaucrat who granted the exemptions in the first place. Unfortunately, in Washington some things never change.