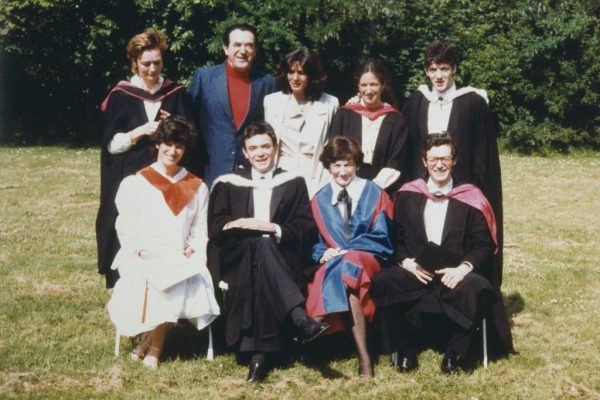 Who was running whom in the Epstein espionage ring?

The story of the deceased pedophile and presumed Israeli spy Jeffrey Epstein continues to enthrall because so little of the truth regarding it has been revealed in spite of claims by the government that a thorough follow-up investigation has been initiated. The case is reportedly still open and it is to be presumed that Justice Department investigators have been able to examine certain aspects of what occurred more intensively. A major part of the investigation has been a review of actions taken by the four government prosecutors who were most directly involved with the negotiations with Epstein and his lawyers in 2007-8. The 22 month-long review, carried out by the Justice Department’s Office of Professional Responsibility (OPR), finally produced a 350 page report which was released on November 12th.

The DOJ has now picked out a scapegoat for what many now think was gross prosecutorial negligence, possibly including corruption of senior government officials. He is not surprisingly Alexander Acosta, who was the U.S. Attorney for Miami when the Epstein case came up. Relying substantially on internal government emails as well as communications between the prosecutors and Epstein’s team of high-profile lawyers to reach its conclusion, the OPR review concluded that Acosta exhibited “poor judgment” in his handling of the Epstein deal. He did not inform the victims or their attorneys of developments in the case, as required by law, and overruled the lead prosecutor and FBI agents who argued that Epstein should face serious jail time. He even cut a deal with Epstein before the investigation into his crimes was completed. The OPR investigators also determined that many emails that would have materially aided the plaintiffs were not made available to their attorneys, a shortcoming that the report attributed to a “technological error.”

The email gap covers the time span from May 2007, when the prosecutor’s office prepared a 53-page draft indictment of Epstein, to April 2008, shortly before Epstein’s guilty plea and slap-on-the-wrist sentence in state court ended the federal investigation. Epstein’s defense attorneys had during that time period been engaged in an aggressive lobbying campaign to persuade the federal prosecutors to rescind the indictment and shut down the federal case. Epstein’s “sweetheart deal” with the federal government negated a possible conviction of serious crimes against 19 alleged victims, most of whom were minors. Instead of a possible sentence of between 14 and 17 years in federal prison, Epstein was encouraged by federal prosecutors to plead guilty to two prostitution-related crimes in state court to resolve the case. He served 13 months of an 18-month sentence in a county jail on a liberal work release program, often sleeping in his own home, and the federal case was duly closed.

It is, of course, noticeable that neither Acosta, who has possibly now retired from public life, nor anyone else will be punished for what was clearly a gross miscarriage of justice. That is the way the government works these days. But there is also a much bigger problem with the report, which is that it essentially failed to follow up on an argument that Acosta made when the bungling of the Epstein case began to surface in the media last year.

There has, in fact, been a cover-up of a major element in the Epstein saga, namely his possible connection with Israel’s intelligence agency Mossad. Investigative reporter Whitney Webb has recently completed an exhaustive review of what we know about Epstein’s partner in crime, lover and accomplice Ghislaine Maxell, to include some consideration of the possible involvement of her sisters Isabel and Christine in activity initially directed by their father, known Mossad agent Robert Maxwell.

The evidence that Epstein was directly involved in intelligence work to include bribing or blackmailing prominent individuals to act on behalf of Israel, derives both from the statement made by Acosta in 2017 that “I was told Epstein ‘belonged to intelligence’ and to leave it alone,” a comment that the Justice Department and FBI have apparently never sought to investigate further. It also derives from other external evidence. Epstein was found to be making videos of his guests having sex with his young girls, which is a version of a classic intelligence entrapment technique employed by every major spy agency worldwide and in his Manhattan mansion he had a large supply of diamonds, cash and an Austrian passport on hand if he should have to make a quick escape.

That Epstein would be linked to Israel rather than to some other intelligence service is inevitably due to his relationship with Robert Maxwell, which eventually included his daughter Ghislaine. Robert, a Czech Jew who became a naturalized British citizen, was believed by C.I.A. and other intelligence services to be a long-time agent of Mossad. After he died under mysterious circumstances, he was given a state funeral in Israel that was attended by every current and former head of the Jewish state’s intelligence service as well as by the country’s prime minister Yitzhak Shamir who eulogized: “He has done more for Israel than can today be said.” Ghislaine reportedly became the principal procurer of Epstein’s young girl victims.

Also corroborating the tale of espionage even if it appears to be of no interest to the FBI and Justice Department, is a book Epstein: Dead Men Tell No Tales written by a former Israeli intelligence officer who actually ran the “Robert Maxwell” operation, describing inter alia how Epstein and Maxwell were blackmailing prominent politicians on behalf of Mossad. According to Ari Ben-Menashe, the two had been working directly for the Israeli government since the 1980’s and their operation, which was funded by Mossad and also by prominent American Jews, was a classic “honey-trap” which used underage girls as bait to attract well-known politicians from around the world, a list that included Prince Andrew and Bill Clinton. The politicians would be photographed and video recorded when they were in bed with the girls.

But in spite of the evidence, the role of Ghislaine, currently in custody in a maximum-security Brooklyn prison, is less well known and is possibly being deliberately concealed by the Trump Administration, which is prone to do favors for Israel. Even less known is the possible roles of her two sisters. Webb details how Maxwell and his Israeli Mossad handlers compromised the top-secret information system then in use by the U.S. government. She observes that “While Ghislaine’s own ties to intelligence have…come to light in relation to her critical role in facilitating the Jeffrey Epstein sexual blackmail operation,…little, if any attention, has been paid to her siblings, particularly Christine and her twin sister Isabel, despite them having held senior roles at the Israeli intelligence front company that facilitated their father’s greatest act of espionage on Israel’s behalf, the sale of the bugged PROMIS software to the U.S. national laboratories at the heart of the country’s nuclear weapons system… Ghislaine herself also became involved in these [blackmail] affairs, as did Jeffrey Epstein following his first arrest, as they began courting the biggest names in the U.S. tech scene, from Silicon Valley’s most powerful venture capital firms to its most well-known titans. This also dovetailed with Epstein’s investments in Israeli intelligence-linked tech firms and his claims of having troves of blackmail on prominent tech company CEOs during this same period.”

Upon Robert Maxwell’s mysterious death in 1991, his sons Kevin and Ian took control of many of the interlocking companies that their father had used both to conceal assets and to obtain access and information while Ghislaine remained in the New York area and two other daughters Isabel and Christine opted to exploit the internet as an intelligence resource to build upon their father’s “legacy.”

Isabel, in particular, moved aggressively and eventually became recognized as the self-styled liaison between Israel’s government and Silicon Valley. Whitney Webb recounts in considerable detail how she “mov[ed] in ‘the same circles as her father’ and vow[ed] to ‘work only on things involving Israel’ … [to become] a pivotal liaison for the entry of Israeli intelligence-linked tech firms into Silicon Valley with the help of Microsoft’s two co-founders, Paul Allen and Bill Gates.”

One has to suspect that a tale of Mossad running a major spy ring in the U.S. using a pedophile and young girls might just be too much for some folks in power to tolerate and they have made sure that the true story will never see the light of day. But the tale of how the prominent ostensibly British Maxwell family, acting for Mossad, may have systematically spied on the United States over a number of years, often pretty much out in the open, and the FBI and Justice Department saw fit to look the other way, is bigger still. That is the real story. Israel yet again spies and Washington denies.

0 thoughts on “The Maxwells: Mossad’s First Family of Spies”