HOME / WORLD / Making Excuses for Trump: Where Does the Buck Stop? 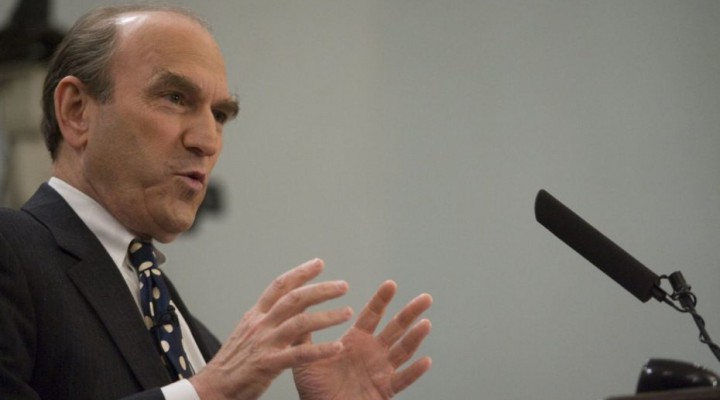 The bloom is off the rose after four years of blundering, but it is still surprising to hear an occasional voice defending Trump’s foreign policy.

One might make the case that Donald Trump was elected president on the antiwar vote. Running against Hillary the Hawk it was, of course, relatively easy to position oneself as a critic of the endless wars started and sustained under the Bush and Obama administrations. Even though we Americans had heard similar noises from those very same gentlemen when they were running for office, many socially conservative voters like myself were nevertheless attracted by yet another a presidential candidate who pledged to bring home the troops and might actually have meant what he said.

Well, the bloom is off the rose after nearly four years of blundering, but it is still surprising to hear an occasional voice raised defending the foreign policy of the president. Their argument starts with some generally legitimate observations, to include the fact that an Obama orchestrated conspiracy led by the intelligence and security agencies were out to delegitimize Trump and his team from the time he became a candidate until after he was actually inaugurated. Combine that with a hostile media and a Democratic Party that has been seeking revenge since the Clinton defeat, up to and including a phony impeachment, and it is easy to understand why Donald Trump has had to play defense since he took office.

And it is also true, and sometimes cited, that there was a significant number of hold-overs in the bureaucracy from the Obama eight years who were resistant to change and, as loyal Democrats, did what they could to sabotage proposals emanating from the White House. But even conceding all those points, that is where those who are making excuses for Trump generally drift off into space, insisting that it has taken the president nearly four years to clean house of his enemies. Given another four years and he will fulfill the promise that got him elected in 2016.

Well, that is a load of nonsense. Apart from anything else, Donald Trump’s demeanor has alienated nearly all of America’s traditional allies while most of the world regards him as a dangerous sociopath who is also something of a joke. The Trump supporters should be looking at his actual record, instances where he could have acted but didn’t and other occasions when he did things that were from the git-go clearly not in the U.S. national interest. I am thinking particularly of the ruined relations with Russia and China, the pandering to Israel and also the inexcusable attacks on Syria. But the biggest mistake of all might have been the abrupt withdrawals from international agreements and bodies, to include the disastrous departure from the Joint Comprehensive Plan of Action (JCPOA). When the Washington Post’s leading Zionist Jennifer Rubin attacks you for leaving the nuclear agreement with Iran, in an op-ed which was published last week, you should know that it was the wrong move.

But Trump’s seemingly aimless foreign and national security policies are only part of the problem. More to the point, the president keeps appointing people to senior level positions where they have a hand in shaping the policies ranging from hardline on civil liberties issues to complete interventionism vis-à-vis America’s role worldwide. The list is long and includes John Bolton, Rick Grenell, Mike Pompeo, Brian Hook, James Jeffrey, Robert O’Brien, John Ratcliffe and Gina Haspel. And one might suggest that the latest move might very well be the worst of all, naming Eliot Abrams as Special Envoy on Iran.

The promotion for Abrams is due to the resignation of the incumbent in the position Brian Hook. Hook’s tenure was particularly undistinguished. Daniel Larison, who describes the appointment of Abrams as “appalling,” observes how “He was responsible for lies about Yemen, cringe-inducing video messages, promoting the administration’s weird fixation with Cyrus the Great, and embarrassing historical revisionism about the 1953 coup. When he wasn’t trying to bribe ships’ captains to steal Iranian cargo, he was insulting our intelligence with phony claims of wanting to normalize relations with Tehran. Last year he came under fire from the State Department’s Inspector General for his role in the mistreatment of Sahar Nowrouzzadeh, who was the target of political retaliation at the department on account of her support for the JCPOA and at least partly because of her Iranian heritage.”

Secretary of State Mike Pompeo confirmed the new assignment last Thursday. Abrams, who is already the Special Envoy for Venezuela and also a noted Iran hawk, will hold both positions. Hook and Abrams had been tasked with executing the administration’s “maximum pressure” policy against the governments in Caracas and Tehran. In Venezuela, the U.S. became involved in a military coup that never got started while completely failing to advance the prospects for its “recognized” president of the country, Juan Guaido. The White House’s objective in Iran was and still continues to be squeezing the economy to bring about an uprising by the long-suffering Iranian people that would force the government to negotiate surrender terms with Washington. That has also failed to materialize.

Current U.S. policy on Iran has come down to threats to use military force if there is any evidence that the Iranians are seeking to develop a nuclear weapon. Both Hook and Abrams were disinterested in engaging in diplomacy within their respective operational areas. In spite of the lack of any results Pompeo praised the departing Hook saying that “Special Representative Hook has been my point person on Iran for over two years and he has achieved historic results countering the Iranian regime… [he has] also served with distinction as the Director of Policy Planning and set into motion a range of new strategies that advanced the national security interests of the United States and our allies.”

Abrams is best known due to having pleaded guilty in 1991 as part of the Iran-Contra affair. He was subsequently pardoned by President George H. W. Bush. While assistant secretary of state for Latin America, Abrams had testified before Congress and lied, saying that the U.S. had not been involved in arming the right-wing Contra rebel group against the socialist Sandinista government in Nicaragua. He later admitted that he had withheld information and entered into a plea agreement for a reduced sentence of two years in probation. His felony did not hurt his political career as he later served in the George W. Bush administration and currently with Trump.

The promotion of Abrams confirms that Donald Trump cares not at all for diplomacy or even for treating foreign countries with respect. This attitude has done serious damage to American interests around the world. It is past time to stop making excuses for the president and instead begin to consider what needs to be done to repair the damage.

0 thoughts on “Making Excuses for Trump: Where Does the Buck Stop?”