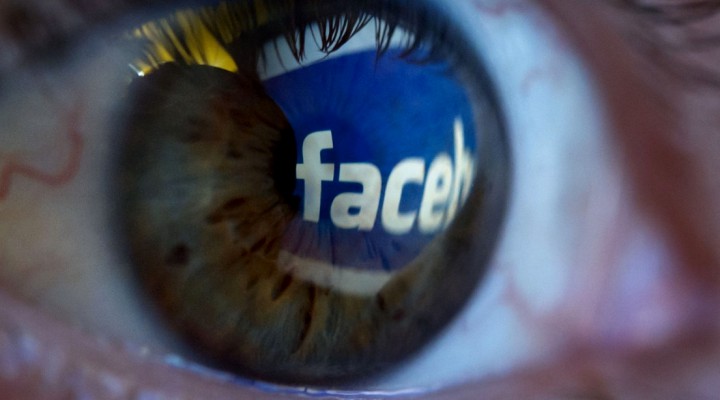 MPN- Facebook’s recent controversial hire may give a boost to efforts to “break up” Facebook and other social media giants, such as Senator Elizabeth Warren’s (D-MA) recent call to take antitrust action against some of Silicon Valley’s largest companies, including Facebook and Twitter.

Newstead mostly recently served as a legal adviser to the Trump administration’s state department, where she was involved in “overseeing work on all domestic and international legal issues affecting the conduct of U.S. foreign policy,” according to Facebook’s announcement. This included defending the U.S.’ unilateral imposition of sanctions on Iran in pursuit of regime change in Tehran at the International Criminal Court (ICC).

The United States does intend, lawfully and for good reason, to bring heavy pressure to bear on the Iranian leadership to change their ways…We do this in the interests of U.S. national security as well as in pursuit of a more peaceful Middle East and a more peaceful world.”

Those sanctions have greatly impacted Iranian civilians and, most recently, blocked financial assistance to areas of Iran hit by unprecedented flooding. Social-media companies, like Twitter and Facebook, have been accused of censoring and deleting the accounts of Iranian activists who opposed U.S. sanctions and current regime-change efforts. Most recently, Instagram — which is owned by Facebook — suspendedseveral accounts belonging to top Iranian government officials.

Jennifer Newstead and Donald Childress confer during Iran’s suit over alleged US violations of a 1955 treaty, at the International Court of Justice in The Hague, Netherlands, on August 27 2018. Piroschka Van De Wouw | Reuters

Newstead’s work on the foundations of the surveillance state

The Patriot Act has been widely criticized since its passage for enabling the government to conduct warrantless surveillance against American citizens and undermine privacy. Notably, Facebook is currently reeling from a series of data-harvesting scandals as well as revelations of its data-sharing partnerships with Apple, Amazon, BlackBerry, Microsoft, and Samsung. Notably, Amazon and Microsoft are also U.S. military contractors, with Amazon also providing services to the CIA and other U.S. intelligence agencies. Amazon further provides services to the National Security Agency (NSA), the agency largely responsible for the warrantless surveillance programs following the Patriot Act’s passage.

Those optics may explain why, just a day later, Facebook announced the hire of Kevin Bankston, a privacy advocate who formerly worked for the Electronic Frontier Foundation and most recently the Open Technology Institute. Politico described the hires as part of the company’s “two-track approach to Washington, tapping Republican insiders to deal with the Trump administration and GOP-controlled Senate while scooping up privacy activists to help navigate the seemingly endless user data scandals surrounding the company.”

However, Bankston’s hire may also have been aimed at toning down concerns over the company’s use of private data after Newstead’s hire. Indeed, as Facebook’s general counsel, Newstead will now be overseeing Facebook’s response to National Security Letters (NSL), meaning requests for information issued by the U.S. government that lack specific court authorization, as well as similar requests made by U.S. law enforcement.

The Verge recently noted that such requests have grown in recent years, as “more than 32,000 requests for data from U.S. law enforcement in the second half of 2018, and content from more than 20,000 accounts, was requested by the FISA [Foreign Intelligence Surveillance] court over the same period. Little is known about the details of those requests, which are often subject to strict gag orders.” Given Newstead’s role in writing and lobbying for the Patriot Act, privacy advocates have raised concerns that her hire could signal Facebook’s intention to increase its compliance with such requests.

Facebook’s recent controversial hire may give a boost to efforts to “break up” Facebook and other social media giants, such as Senator Elizabeth Warren’s (D-MA) recent call to take antitrust action against some of Silicon Valley’s largest companies, including Facebook and Twitter. Notably, ads placed by Warren’s presidential campaign about breaking up Facebook and other large tech companies were deletedfrom Facebook’s platform, leading some analysts to point out that the social media platform was ironically helping drive home Warren’s point.

“Protecting the health of the public conversation”

One day after Facebook hired Newstead, Twitter’s CEO, Jack Dorsey, met with Trump and other White House officials, including Jared Kushner, in a closed-door meeting. According to a statement given by Twitter to NBC News:

[Dorsey] had a constructive meeting with the President of the United States today at the president’s invitation. They discussed Twitter’s commitment to protecting the health of the public conversation ahead of the 2020 U.S. elections and efforts underway to respond to the opioid crisis.”

Trump, based on his post-meeting tweets, viewed the meeting — at which he also reportedly complained bitterly about Twitter’s culling of his bot followers and its impact on his “numbers” — favorably.

Great meeting this afternoon at the @WhiteHouse with @Jack from @Twitter. Lots of subjects discussed regarding their platform, and the world of social media in general. Look forward to keeping an open dialogue! 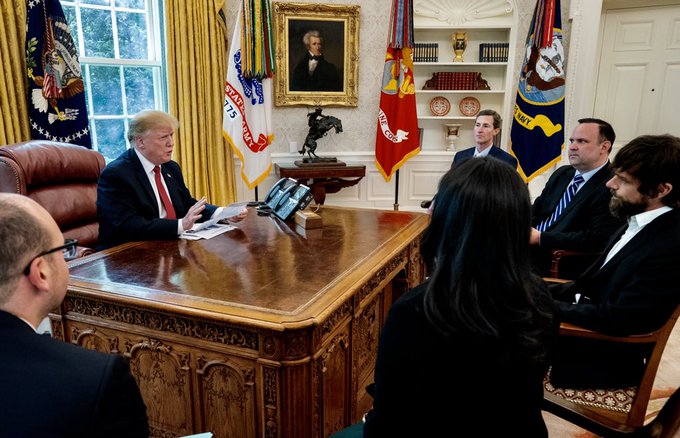 34.7K people are talking about this

Notably, Twitter and Facebook coordinated to delete the accounts of numerous independent media outlets last October — prior to last year’s midterm elections — making the discussion of “protecting the health of the public conversation ahead of the 2020 U.S. elections” very concerning.

In addition, with Newstead — whose previous job was providing legal cover for the state department’s aggressive foreign policy — now Facebook’s top lawyer, there is new concern that efforts will again be made to clamp down on independent news sites that are critical of the Trump administration’s foreign policy. Indeed, most of the pagesdeleted last October were anti-war, anti-empire and highly critical of Trump’s foreign policy as well as police violence.

Independent media has long been wary that another purge is in the cards. Soon after the so-called “purge” last October, The Grayzone reported that such censorship was “just the beginning,” according to Jamie Fly, a neoconservative who is currently a senior fellow at the German Marshall Fund. That organization was subsequently involved in an effort that saw another anti-establishment page, “In the Now,” temporarily censored from Facebook in February. This outright censorship via page deletions followed other censorship efforts, such as algorithm changes, that saw traffic to independent media sites tank dramatically after the 2016 election.

With Dorsey joining Trump to discuss “protecting” online public discourse ahead of the next election and Facebook hiring a Trump state department lawyer with a controversial professional history, it seems that the next round of social-media censorship of independent media could well be imminent just as the conversation around the 2020 election begins to heat up.