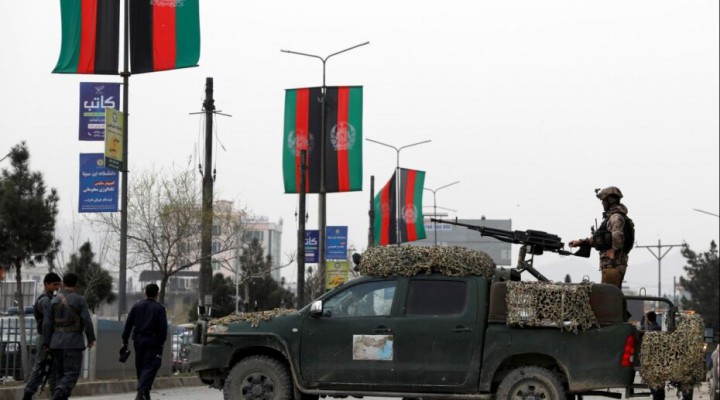 The Establishment Foreign Policy has long advocated a policy of staying in Afghanistan until a political reliable government is established there.

Possibly the best news to come out of the past week has been the announcement of a possibly Egyptian mediated cease fire between Israel and Gaza late last Thursday. The fighting killed 243 Palestinians, including 66 children, versus twelve Israelis including two children and also did major damage to schools, medical facilities and other infrastructure in Gaza. It is being widely presumed that Prime Minister Benjamin Netanyahu pulled the plug on the “Guardians of the Walls” offensive because of concerns that Israeli Army brutality was inflicting serious damage on the hitherto favorable perception of the Jewish state in the United States. As U.S. support of Israeli initiatives for both the money and political cover that Washington provides is essential to the Netanyahu long term plan to annex nearly all of the West Bank, it would have seemed prudent to take one’s foot off the pedal until the expected next round of fighting.

Though it has not been confirmed, it seems reasonable to assume that President Joe Biden might have offered a considerable sweetener to Netanyahu to nudge the Israeli leader towards the cease fire. It appears to have come in the form of an offer to help pay for and assist the reconstruction of Gaza with one apparent condition, that Hamas effectively completely disarm by getting rid of all its missiles. Presumably U.S. or United Nations inspectors would make sure the job were done right, would share what they learn about Gaza’s tunnel system with Israeli intelligence, and the IDF in turn would find it much easier going the next time it chooses to attack. As usual, the American taxpayer would be victimized to undo the damage in paying for a significant part of the multi-billion dollar reconstruction tab.

But in terms of benefiting actual American interests, there has also been the Biden Administration decision to lift the sanctions imposed by Donald Trump on the contractors who have been working on the Nord Stream 2 pipeline which will deliver Russian gas to Germany. The Trump Administration, driven by its gaggle of neocon advisers, had declared that the pipeline was a “national security threat” and initiated sanctions on all parties involved, including Russian Prime Minister Vladimir Putin, while also appointing a special envoy to put pressure on the German government to renege on the deal. The pipeline was and is good business for Moscow and also for Berlin since the Russian gas is cheaper than other available supplies. It will cost $11 billion to complete, is over 95% finished and will reportedly create at least 10,000 jobs.

It initially looked as if Biden would continue the Trump policy. As recently as mid-March Secretary of State Tony Blinken stated that it was a bad deal because “this pipeline is a Russian geopolitical project intended to divide Europe and weaken European energy security.” He said he would do “whatever he can to stop [its] completion” and also warned that companies working on the pipeline must cease work immediately or face more “harsh” U.S. sanctions. Most of the companies were and are Western European and nominally NATO allies of the U.S. and Nord Stream 2 and while it appeared likely that the project would be completed for good economic reasons, the German government was reportedly undecided, afraid to confront Biden.

Washington was angered, at least in part, because it wanted to sell more expensive American gas to the Germans. Biden surprisingly has decided to abandon the bad Trump policy, which, inter alia also has given fuel to European anti-U.S. sentiment while serving unnecessarily to increase tension with Russia. The move was welcomed both in Germany and in Russia. The German Foreign Minister noted that it was a sign that Washington is now willing to work with its “partners.” It is an all too rare “win” for American foreign policy.

Now for the bad news. President Joe Biden has recently received an unexpected gift in the form of a letter signed by 126 retired admirals and generals stating that he is not qualified to hold office because of his health and because the 2020 election process was flawed. It also raises a number of specific foreign and national security policy issues, including the threat from China, the border crisis and increased censorship. One might expect that the letter originated in a circle of disgruntled Trump supporters and could therefore be ignored, but many of signatories are not known to be Republican Party supporters. Given that, the agenda just might be more complicated and its timing suggests that it might be linked to the United States proceeding with its withdrawal from Afghanistan.

What might be referred to as the Establishment Foreign Policy as opposed to what sometimes goes on in the State Department and White House has long advocated a policy of staying in Afghanistan until the establishment of a stable and political reliable government in Kabul is completed. And to be sure there are many dissidents in Congress who see leaving Kabul as yet another avoidable defeat for the United States. Given all of that, several previous attempts by Donald Trump to withdraw the U.S. troops were successfully undermined by critics and eventually abandoned. Biden, however, appears to be sticking to his pledge to depart fully by September 11th and many tons of military equipment are currently being removed from the country.

This has produced multiple attacks on the intention to leave Afghanistan effectively in the hands of the Taliban. A humanitarian pitch has included stories on how women will suffer, being deprived of schooling and opportunity if and when the Taliban return to power. That claim is unfortunately true but the continued presence of a couple of thousand American soldiers at bases in a country as large and infrastructure deficient as Afghanistan will not reverse attitudes that are as much cultural and religious as political.

And the pressure on Biden to reverse the decision is growing. On May 25th, for example, the Center on National Security at Fordham Law in New York hosted a discussion panel looking into “Departure from Afghanistan: Envisioning a Responsible Withdrawal.” The panel’s conclusions were to say the least mixed and have already been used by critics of the Biden decision.

Pressure is also coming from Congress, even from lawmakers who would normally support the White House. “This has some eerie resemblances” [to Vietnam], Representative Gerald E. Connolly, a Virginia Democrat, said pointedly at a “heated” hearing last week at the House Foreign Affairs Committee. He recalled the unexpectedly rapid collapse of security in Saigon in 1975 as U.S. forces evacuated the last of the personnel from the American embassy, lifting employees from the roof of the building with helicopters. He added that “It seems the American game is to cut its losses and leave and hope for the best — not our problem. The problem is because of this engagement, just like Vietnam, we’re leaving behind hundreds of thousands of Afghans who relied on us, trusted us, for security.”

And if more resistance to the plan were needed, it came last week from George W. Bush, best noted for his disastrous invasions of both Afghanistan and Iraq. Bush had no end game to extricate the U.S. from either intervention and the results of the improvised policies that have continued now for nearly twenty years are clearly evident. Bush said in a Fox News interview “I’ve always warned that no U.S. presence in Afghanistan will create a vacuum, and into that vacuum is likely to come people who treat women as second class citizens… One of the great successes of the liberation of Afghanistan and the removal of al-Qaeda’s safe haven was that women and girls began to flourish in the country… We all benefit when women and girls are empowered to realize their full potential and become contributing members of society. And Laura and I will always stand behind them… I’m also deeply concerned about the sacrifices of our soldiers, and our intelligence community, will be forgotten…”

Bush also said that Iran is very dangerous for “world peace” because it is targeting Israel, revealing yet again that he, like the Bourbon kings of France, has not learned anything since leaving office. In any event, the comments by Bush, the pushback in Congress, the holding of academic conferences on leaving Afghanistan as well as the letter from retired senior military officers just might be part of the same plan to force Biden into extending the timetable or even revoking the orders for U.S. departure from Kabul. And it just might succeed. That would be very bad news indeed.

Ending the Forever War: What does the US withdrawal mean for Afghans?

0 thoughts on “Good News and Bad News: Biden Punts on Russia and Takes Some Heat on Afghanistan”