HOME / Multimedia / The US is “Leaving” Afghanistan (Again) 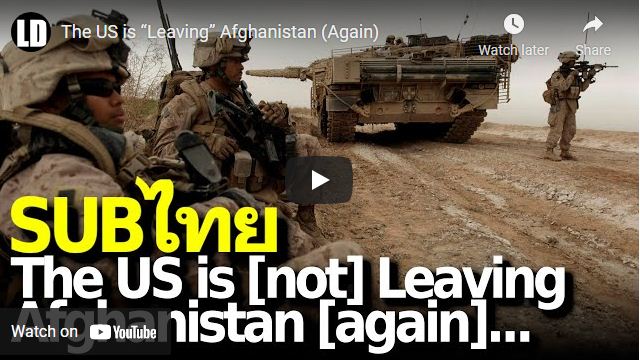 Once again the US is claiming it will “withdraw” from Afghanistan. But even under the best possible scenario, the US will be leaving behind thousands of contractors, a proxy regime they continue to fund, protected by a proxy military the US pays the salaries of, and likely the maintaining of at least one major airbase – meaning thousands of US troops could simply be sent back to Afghanistan in less than a week’s time.

This is not a withdrawal – this is a feign, matching a similarly dishonest “withdrawal” from Iraq on Iran’s other border.

I explain why the US will never give up willingly such a strategically located position on the map and why a war by any other name is still a war.

The New York Times – In Reversal, Obama Says U.S. Soldiers Will Stay in Afghanistan to 2017:
https://www.nytimes.com/2015/10/16/world/asia/obama-troop-withdrawal-afghanistan.html

White House – Remarks by President Biden on the Way Forward in Afghanistan:
https://www.whitehouse.gov/briefing-room/speeches-remarks/2021/04/14/remarks-by-president-biden-on-the-way-forward-in-afghanistan/

0 thoughts on “The US is “Leaving” Afghanistan (Again)”