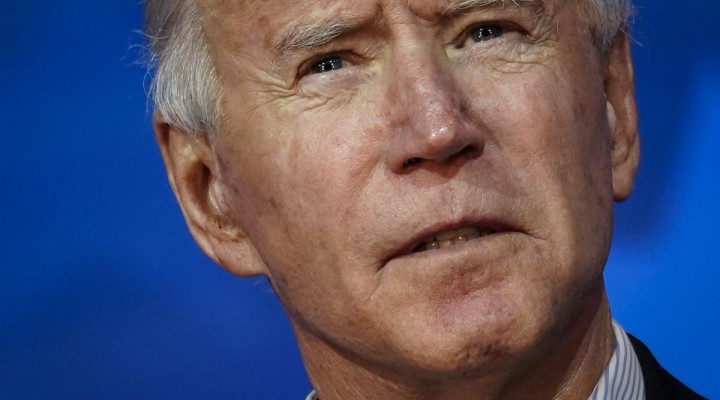 At last, after waging war in Afghanistan for 20 years, the US has raised the white flag of surrender stained with the blood of its 2,400 dead and 21,000 injured troops. President Joe Biden’s announcement that all US and NATO forces will be withdrawn from the country by the anniversary of the 9/11 attacks amounts to an official admission of defeat.

This is a massive achievement, comparable to the US defeat in Vietnam, and was made possible by tireless and persistent Afghan resistance to American occupation with support from neighbouring countries, especially Pakistan. It has been America’s longest war, costing its taxpayers some two trillion dollars. The parallels with Vietnam are compelling. The Vietcong swept triumphantly into Saigon after the last American soldiers left, and we may see the Taliban doing the same after NATO and US forces depart, marching into Kabul and proclaiming their Islamic Emirate of Afghanistan.

Biden remarked that he was the fourth president to oversee the war and would not pass the responsibility to a fifth. But he did not say whether he had realised something his three predecessors refused to acknowledge: that the war was always unwinnable and that occupation cannot be sustained against the will of the occupied people by means of missiles, mercenaries and massacres of innocents.

The US/NATO withdrawal will create a vacuum that will almost certainly be filled by civil conflict. The government of President Ashraf Ghani will fight to hold onto power relying on the 300,000 Afghan troops trained and armed by the US and NATO over the past 20 years. But these forces may not hold out or hold together for long without American/NATO oversight and air cover. The Taliban already effectively control 70% of the country and could soon be staging a re-enactment of their initial capture of Kabul in the autumn of 1996.

During their negotiations with the Americans in Doha, the Taliban promised to uphold human rights and especially the rights regained by women over the past 20 years, enabling them to become ministers, judges, journalists, broadcasters and educators. But it is one thing to make assurances and another to keep them after the last American soldiers leave. It is to be hoped that the Taliban abide by their commitments. Women’s rights are fully upheld in Islam, and the Taliban would do well to take their lead from Pakistan in this regard.

American bullying in the Islamic world has been dealt a knock-out blow in Afghanistan along with serious setbacks in Iraq, Syria and Yemen. The American era is drawing to a close as new powers emerge to challenge the global tyranny of the US and its dollar.

Afghanistan and Yemen are two countries that invaders have found easy to occupy but impossible to remain in: not only because of their difficult mountainous terrain but also their people’s pride, resilience and determination to resist. The British and Ottoman empires found that out the hard way, but not everyone reads or learns from history.

As someone who has travelled in Afghanistan and met a broad range of its people, I always found it absurd how US propaganda would show women removing their veils or men shaving their beards in front of TV cameras and portray that as the dawn of a new era for the country. One can only wonder how things would have turned out if those two trillion dollars had been used to build hospitals, schools and universities, or fund development projects to provide alternatives to drug production (which has increased exponentially since the US invasion).

The US forced the Russians out of Afghanistan by weaponizing hard-line political Islam and recruiting Muslim ‘mujahideen’. It thereby avenged its defeat in Vietnam and drove a big nail into the coffin of the Soviet Union. It is trying to replicate this scenario today in China. But it will not succeed. The times have changed, the enemy is different, the old methods have become obsolete, and the flow of petrodollars that funded them has dried up or soon will.

Arab leaders – not least in Ramallah and Gaza – would do well to get the message: the cost of resistance is far lower than the cost of capitulation, and the US is on the retreat.