HOME / WORLD / George Soros Wants You to Believe Russia Is a Danger to World Peace, Turkey’s Erdogan an Angel 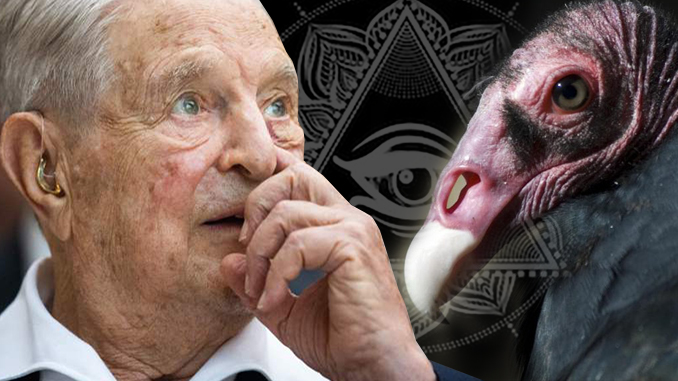 George Soros is a billionaire Hungarian-born investor who is extremely controversial due to his promotion of what he chooses to define as democracy and free-trade movements, primarily conducted through the Open Society Foundations, which he founded and has funded with $32 billion, according to one estimate. He contributed to the campaigns of Barack Obama and Hillary Clinton, which has in part led to conservative politicians in the United States and elsewhere frequently citing Soros when complaining about politically motivated interference in support of a progressive agenda for the United States and also globally. At least they used to do so until Soros’s allies began to fire back with accusations of anti-Semitism, which had the effect of muting the complaints.

Soros moved from Europe to the United States in 1956 and is now an American citizen. The sources of at least some of his wealth are somewhat controversial. He made over $1 billion in 1992 by selling short $10 billion in British pounds sterling, leading to the media dubbing him “the man who broke the bank of England.” He has been accused of similar currency manipulation in both Europe and Asia. In 1999, New York Times economist Paul Krugman was highly critical of Soros’s interference in financial markets, writing, “Nobody who has read a business magazine in the last few years can be unaware that these days there really are investors who not only move money in anticipation of a currency crisis, but actually do their best to trigger that crisis for fun and profit. These new actors on the scene do not yet have a standard name; my proposed term is ‘Soroi.’ ”

Soros was heavily involved with the restructuring of former communist regimes in eastern Europe and had a hand in the so-called Rose Revolution in Georgia in 2003 and the Maidan Revolution in Ukraine in 2014, both of which were supported by the U.S. government. But in March 2017, six conservative U.S. senators sent a letter to then-Secretary of State Rex Tillerson asking him to look into several grants that the State Department and the U.S. Agency for International Development (USAID) had given to groups connected to Soros, most particularly in Macedonia. Soros’s projects are particularly targeted by conservatives and nationalists, as they are transnational in nature, and, indeed, some critics have noted that the well-funded and broadly supported Open Society is the most effective and visible weapon in the arsenal of the progressive dominated globalist movement.

Soros has been linked to a number of theories that see him as a puppet-master pulling the strings on a worldwide conspiracy to control key elements of the world economy as well as leading politicians. His critics are generally conservatives who are opposed to the progressive causes that he promotes. Soros has been in the news recently for his financial support of a Washington-based think tank called the Quincy Institute, which is also funded by the libertarian Koch family. The institute claims to be a non-partisan organization that promotes a “restrained” foreign policy using diplomacy as a means to resolve international disputes rather than threats followed up by warfare, which has become the preferred option for successive U.S. presidents and their administrations.

Soros’s motives in suddenly embracing diplomacy and non-intervention might well be questioned. On March 4, the Financial Times published an op-ed (unfortunately behind a paywall) by Soros entitled “Europe Must Stand With Turkey Over Putin’s War Crimes in Syria.” It had the subtitle “Focusing on the Refugee Crisis Russia Has Created Addresses Symptoms Not the Cause.” In it, he let loose a sharp attack on both the Kremlin and President Vladimir Putin.

The Soros op-ed is full of errors of fact and is basically a call for aggression against Russia. It starts with, “Since the beginning of its intervention in Syria in September 2015, Russia has not only sought to keep in place its most faithful Arab ally, Syrian President Bashar al-Assad. It has also wanted to regain the regional and global influence that it lost since the fall of the Soviet Union.” First of all, Russia did not “intervene” in Syria. It was invited there by the country’s legitimate government to provide assistance against various groups, some of which were linked to al Qaeda and the Islamic State, that were seeking to overthrow President al-Assad.

And apart from Soros, few actual experts on Russia would claim that it is seeking to recreate the “influence” of the Soviet Union. Moscow does not have the resources to do so and has evinced no desire to pursue the sort of global agenda that was characteristic of the Soviet state.

There then follows a complete flight into hyperbole with: “Vladimir Putin has sought to use the turmoil in the Middle East to erase international norms and advances in international humanitarian law made since the second world war. In fact, creating the humanitarian disaster that has turned almost 6 million Syrians into refugees has not been a byproduct of the Russian president’s strategy in Syria. It has been one of his central goals.” None of Soros’s assertions are supported by fact. The U.S. and Israel are the two top flaunters of international norms and law, not Russia, and there is no evidence whatsoever that Moscow sought to create the “humanitarian disaster” in Syria. That was the work of the U.S. and its “allies” in the region who were supporting both separatists and terrorists.

Soros states his belief that “Assad is the most barbarous ruler that the world has seen since Joseph Stalin. When his own people rose up against him, he developed a military strategy designed to inflict the greatest possible harm on his civilian opponents. He deliberately targeted hospitals, schools and kindergartens, trying to kill or maim caregivers. He has used poison gas and chemical attacks over the course of a conflict that has left more than half a million dead.” None of the assertions are true and a lot of the “evidence” comes from propagandists for the terrorist groups, to include the notorious White Helmets. The lies advanced about the use of chemical weapons have recently been exposed.

Soros goes on to describe how Russia has “deliberately targeted” and bombed schools and hospitals, claims that largely derive from sources hostile to al-Assad and Putin that are impossible to check. Soros also asserts that, “The only government that has put up military forces to defend the civilians trapped in Idlib by Mr. Assad and its Russian ally is Turkey.” It is a claim that is perhaps the biggest lie of all, as Ankara is involved in Syria in support of its own completely selfish irredentist objectives and its desire to crush the Kurdish militias operating in the north and east of the country. Back in October, Turkey’s President Recep Erdogan issued an emotional call to Jihad to his supporters, saying, “Inshallah, God has promised us in Syria victory from Allah and an imminent conquest; and give good tidings to the believers. We see it is happening right now.”

The Soros op-ed also included a bit of reminiscence, describing how, “In 2014, I urged Europe to wake up to the threat that Russia was posing to its strategic interests, albeit in a different context and geography. Russia had invaded Ukraine knowing that Europe would seek to avoid any confrontation with Moscow. Yet what is happening in Idlib now is following the same pattern: Europe is evading a confrontation with Russia over its Syria policy when it should be standing up to it . . . with respect to Syria at least, Turkey deserves Europe’s support. Europe should therefore seek to bolster Turkish President Erdogan’s negotiating position. . . . I hope that this would also put Mr. Putin’s war crimes at the center of the European conversation.”

The op-ed is neither conciliatory nor “diplomatic” and is a clear sign that Soros picks his enemies based on ideological considerations that also drive his choices on how to frame his ventures. He is a billionaire who has chosen to use his money to remake the world in an image that he is comfortable with. Unfortunately, there is a lot of that kind of thinking going around—that having lots of money ipso facto equates to some kind of superior wisdom. And the whole process is facilitated by the fact that politicians as well as space on editorial pages of leading newspapers can easily be bought. Soros would have Europe and the United States taking on Russia over what he perceives to be going on in Syria, where they have no genuine interests. It is a formula that we have seen played out repeatedly in the past 20 years and can only lead to disaster.

“The Owner”: The Rise of Eduardo Elsztain and the Coming End of Argentina’s Democracy

Jussie Smollett Allowed To Walk Free But Not Manning or Assange

0 thoughts on “George Soros Wants You to Believe Russia Is a Danger to World Peace, Turkey’s Erdogan an Angel”