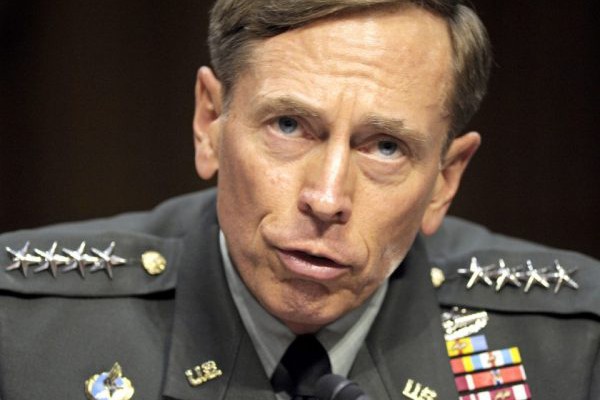 Numerous so-called “front groups” operate in the United States. A front group is very simply an organization that pretends to have a certain program while at the same time using that identity as cover to promote a hidden agenda that is something quite different, often opposed to what is being said publicly. The Global Climate Coalition is, for example, an organization funded by fossil fuel providers that works to deny climate change and other related issues. The Groundwater Protection Council does not protect water resources at all and instead receives its money from the fracking industry, which resists any regulation of water pollution it causes. The Partnership for a New American Economy has nothing to do with protecting the U.S. economy and instead seeks to replace American workers with H1B immigrant laborers. Even the benign sounding National Sleep Foundation, is in reality a Big Pharma creation intended to convince Americans that they need to regularly use sleep inducing drugs.

Front groups in a political context can be particularly dangerous as they deceive the voter into supporting candidates or promoting policies that have a hidden agenda. The Washington-based Foundation for Defense of Democracies, is, for example, uninterested in preserving democracies unless that democracy is Israel, which many observers would prefer to describe as an apartheid state. It is funded by Zionists billionaires and its leadership meets regularly with Israeli officials. The American Enterprise Institute is likewise a neocon mouthpiece for economic imperialism and regime change disguising itself as a free market advocate and the Brookings Institution is its liberal interventionist counterpart.

Front groups are sometimes largely fictional, on occasion creations of an intelligence agency to give the impression that there exists in a country a formidable opposition to policies pursued by the governing regime. Recent developments in Venezuela and Bolivia rather suggest the CIA creation of front groups in both countries while the Ukrainian regime change that took place in 2014 also benefited greatly from a U.S. created and supported opposition to the legitimate Viktor Yanukovych government.

Both the Russian Revolution that produced a communist state and the rise of fascism in Europe also relied on front groups to send out socially and politically acceptable messages while at the same time secretly working to install totalitarian regimes with extreme policies. American front groups are not yet so ambitious, but there are a number of them that do seek a sea change in U.S. economic policies and foreign relations, to include Americans for Prosperity funded by Charles Koch and George Soros’s Open Society Foundations.

Soros and Koch come together in funding the recently launched Quincy Institute for Responsible Statecraft, with the stated intention of “mov[ing] U.S. foreign policy away from endless war and toward vigorous diplomacy in the pursuit of international peace.” The Institute is named after the sixth U.S. President John Quincy Adams, who famously made a speech while Secretary of State in which he cautioned that while the United States of America would always be sympathetic to the attempts of other countries to fight against dominance by the imperial European powers, “she goes not abroad, in search of monsters to destroy.” Quincy has a projected annual budget of $5-6 million, enough to employ twenty or more staffers.

In reality, though Quincy claims to be dedicated to “realism and restraint” and “the pursuit of international peace” in foreign and national security policy, it actually acts more like a vehicle for status quo interventionism as practiced by the Bush, Obama and Trump administrations. The organization particularly targets moderates and conservatives who have become disgruntled with America’s wars, though it promotes itself as bringing together both the left and the right to adopt a rational and less aggressive foreign policy.

The Quincy Institute claims correctly that many of the other organizations dealing with national security and international affairs inside the Beltway are either humanitarian agenda-driven or neoconservative dominated, often meaning that they in practice support serial interventionism, sometimes including broad tolerance or even encouragement of war as a first option when dealing with adversaries. These are policies that are currently playing out unsuccessfully vis-à-vis Venezuela, Iran, Syria and North Korea.

The Quincies promise to be different in an attempt to change the Washington foreign policy consensus, which some have referred to as the Blob, and they have indeed collected a very respectable group of genuine “realist” experts and thoughtful pundits, including Professor Andrew Bacevich, National Iranian American Council founder Trita Parsi and investigative journalist Jim Lobe. But, of course, he who pays the piper calls the tune and the influence of globalists Koch and Soros is clearly evident in terms of what is and what is not acceptable.

Both George Soros and Charles Koch are globalist oligarchs, who have made hundreds of millions if not billions of dollars by expanding their own supra-national roles in a world where moneyed elites can act without any accountability. Daniel McAdams of the Ron Paul Institute has described it as a “World of Davos with fangs.” Soros in particular is notorious for his sometimes disastrous support of so-called humanitarian “regime change” intervention to expand “democracy movements” as part his vision of a liberal world order. In an op-ed in the Financial Times on March 4th, he urged that “Europe must stand with Turkey over Putin’s war crimes in Syria,” an astonishing misreading of the situation in the region as Turkey is the aggressor while Russia is fighting to eliminate the last major terrorist enclave in Idlib. Soros is almost certainly the driving force behind one of the four major projects planned by the Quincy Institute, headed by investigative journalist Eli Clifton, which is called “Democratizing Foreign Policy.”

And the Quincy President Andrew Bacevich has clearly indicated that there will be red lines, that the institute won’t focus on “highlighting pro-Israel organizations or donors.” In other words, it will not criticize Israel or its Lobby as a driving element in America’s interventionist foreign policy. He elaborated “Our purpose is to promote restraint as a central principle of U.S. foreign policy—fewer wars and more effective diplomatic engagement.” In recent articles on the Middle East and the upcoming national election, Bacevich has been as good as his word, citing an enemies list that includes Russia, China, Iran and Saudi Arabia while deliberately avoiding any mention of Israel, the country that more than any other interferes in U.S. politics.

Quincy launched back in December but its first major event took place on February 26th, when it co-hosted with Foreign Policy Magazine a series of individual presentations and panel discussions described as “A New Vision for America in the World.” The featured speaker was none other than David Petraeus, the former general who, the architect of the ill-fated surge, never saw any real combat but oversaw the killing of thousands of Iraqis in Fallujah. He was also for a short time a CIA Director who was in part responsible for the American hand in undermining Syria and completing the destruction of Libya. He had to resign from CIA after sharing classified information with his mistress so she could write a book praising him. He now works for Kohlberg Kravis Roberts & Co. L.P., a New York investment firm as chairman of the firm’s KKR Global Institute, even though he has no experience in either investment or banking.

Petraeus was surely paid a large honorarium to appear at the Quincy event but no one is admitting how much. He spoke for 20 minutes supporting America’s leadership role in the world in advancing the “liberal world order” and left without taking any questions from the audience.

Subsequent speakers came from the German Marshall Fund, the New America Foundation, the neocon Hudson Institute, the Brookings Institution and the Center for New American Security. All those organizations are either liberal/humanitarian or regime change interventionist inclined. One might observe that as neocon and democracy promotion organizations all across the political spectrum never provide a platform for critics, why is a group allegedly advocating “realism and restraint” including the interventionist speakers as participants? Can it be because the actual Quincy agenda is really more status quo than it pretends to be to keep the Benjamins flowing?

Independent award-winning journalist Gareth Porter attended the entire meeting and observed “the conference, moreover, had a tenor and pace reminiscent of many dozens of Washington think tank events on national security policy attended by this writer for years before giving them up a few years ago. That’s because it consisted of brief and almost always polite exchanges between advocates of new policies and representatives of centrist think tanks that are deeply enmeshed in those policies and the institutional interests underlying them.” He suggested that if Quincy really wanted to succeed it would need to go “…beyond ‘realism and restraint’ and talk[] about the need for fundamental change in the system of national security institutions themselves. Of course, taking that lesson on board might not be in line with the thinking of major funders.”

So, Quincy Institute emerges as just another front group, well-funded and staffed by oligarchs with their own agendas to pretend to be saying something new while really delivering a quite different message, one more appreciated by the status quo. It is ever so in Washington where money talks and establishment interests almost always prevail both among Democrats and Republicans. For a brief moment it seemed that electing Donald Trump might break that pattern, but the reality is that the interests of the money masters who rule the United States as well as much of the rest of the world are much more powerful than any number of Quincy Institutes or American presidents.