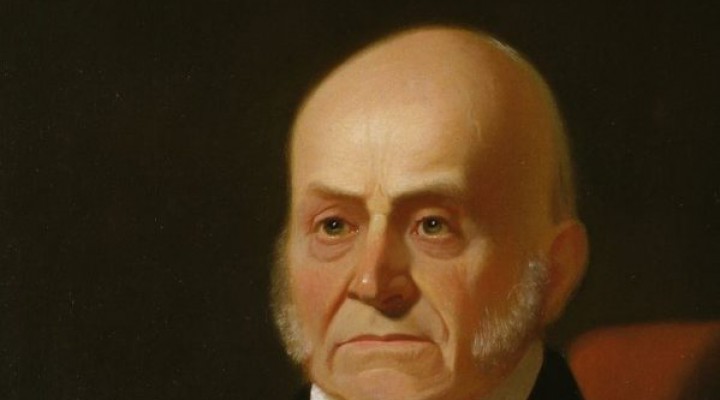 The Quincy Institute intention to broaden the discussion of the current foreign policy to include opponents and critics of interventionism should be welcomed with some caveats.

Think tanks sprout like weeds in Washington. The latest is the Quincy Institute for Responsible Statecraft, which is engaged in a pre-launch launch and is attracting some media coverage all across the political spectrum. The Institute is named after the sixth US President John Quincy Adams, who famously made a speech while Secretary of State in which he cautioned that while the United States of America would always be sympathetic to the attempts of other countries to fight against dominance by the imperial European powers, “she goes not abroad, in search of monsters to destroy.”

The Quincy Institute self-defines as a foundation dedicated to a responsible and restrained foreign policy with the stated intention of “mov[ing] US foreign policy away from endless war and toward vigorous diplomacy in the pursuit of international peace.” It is seeking to fund an annual budget of $5-6 million, enough to employ twenty or more staffers.

The Quincy Institute claims correctly that many of the other organizations dealing with national security and international affairs inside the Beltway are either agenda driven or neoconservative dominated, often meaning that they in practice support serial interventionism, sometimes including broad tolerance or even encouragement of war as a first option when dealing with adversaries. These are policies that are currently playing out unsuccessfully vis-à-vis Venezuela, Iran, Syria and North Korea.

The Quincies promise to be different in an attempt to change the Washington foreign policy consensus, which some have referred to as the Blob, and they have indeed collected a very respectable group of genuine “realist” experts and thoughtful pundits, including Professor Andrew Bacevich, National Iranian American Council founder Trita Parsi and investigative journalist Jim Lobe. But the truly interesting aspect of their organization is its funding. Its most prominent contributors are left of center George Soros and right of center and libertarian leaning Charles Koch. That is what is attracting the attention coming from media outlets like The Nation on the progressive side and Foreign Policy from the conservatives. That donors will demand their pound of flesh is precisely the problem with the Quincy vision as money drives the political process in the United States while also fueling the Establishment’s military-industrial-congressional complex that dominates the national security/foreign policy discussion.

There will be inevitably considerable ideological space between people who are progressive-antiwar and those who call themselves “realists” that will have to be carefully bridged lest the group begin to break down in squabbling over “principles.” Some progressives of the Barack Obama variety will almost certainly push for the inclusion of Samantha Power R2P types who will use abuses in foreign countries to argue for the US continuing to play a “policeman for the world” role on humanitarian grounds. And there will inevitably be major issues that Quincy will be afraid to confront, including the significant role played by Israel and its friends in driving America’s interventionist foreign policy.

Nevertheless, the Quincy Institute is certainly correct in its assessment that there is significant war-weariness among the American public, particularly among returning veterans, and there is considerable sentiment supporting a White House change of course in its national security policy. But it errs in thinking that America’s corrupted legislators will respond at any point prior to their beginning to fail in reelection bids based on that issue, which has to be considered unlikely. Witness the current Democratic Party debates in which Tulsi Gabbard is the only candidate who is even daring to talk about America’s disastrous and endless wars, suggesting that the Blob assessment that the issue is relatively unimportant may be correct.

Money talks. Where else in the developed world but the United States can a multi-billionaire like Sheldon Adelson legally and in the open spend a few tens of millions of dollars, which is for him pocket change, to effectively buy an entire political party on behalf of a foreign nation? What will the Quincies do when George Soros, notorious for his sometimes disastrous support of so-called humanitarian “regime change” intervention to expand “democracy movements” as part his vision of a liberal world order, calls up the Executive Director and suggests that he would like to see a little more pushing of whatever is needed to build democracy in Belarus? Soros, who has doubled his spending for political action in this election cycle, is not doing so for altruistic reasons. And he might reasonably argue that one of the four major projects planned by the Quincy Institute, headed by investigative journalist Eli Clifton, is called “Democratizing Foreign Policy.”

Why are US militarism and interventionism important issues? They are beyond important – and would be better described as potentially life or death both for the United States and for the many nations with which it interacts. And there is also the price to pay by every American domestically, with the terrible and unnecessary waste of national resources as well human capital driving American ever deeper into a hole that it might never be able to emerge from.

As Quincy is the newcomer on K Street, it is important to recognize what the plethora of foundations and institutes in Washington actually do in any given week. To be sure, they produce a steady stream of white papers, press releases, and op-eds that normally only their partisan supporters bother to read or consider. They buttonhole and talk to congressmen or staffers whenever they can, most often the staffers. And the only ones really listening among legislators are the ones who are finding what they hear congenial and useful for establishing a credible framework for policy decisions that have nothing to do with the strengths of the arguments being made or “realism.” The only realism for a congress-critter in the heartland is having a defense plant providing jobs in his district.

And, to be sure, the institutes and foundations also have a more visible public presence. Every day somewhere in Washington there are numerous panel discussions and meetings debating the issues deemed to be of critical importance. The gatherings are attended primarily by the already converted, are rarely reported in any of the mainstream media, and they exist not to explain or resolve issues but rather to make sure their constituents continue to regard the participants as respectable, responsible and effective so as not to interrupt the flow of donor money.

US foreign policy largely operates within narrow limits that are essentially defined by powerful and very well-funded interest groups like the Foundation for Defense of Democracies (FDD), American Enterprise Institute (AEI), the Hudson Institute, the Brookings Institute, the Council on Foreign Relations and the American Israel Public Affairs Committee (AIPAC), but the real lobbying of Congress and the White House on those issues takes place out of sight, not in public gatherings, and it is backed up by money. AIPAC, for example, alone spends more than $80 million dollars per year and has 200 employees.

So, the Quincy Institute intention to broaden the discussion of the current foreign policy to include opponents and critics of interventionism should be welcomed with some caveats. It is a wonderful idea already explored by others but nevertheless pretty much yet another shot in the dark that will accomplish little or nothing beyond providing jobs for some college kids and feel good moments for the anointed inner circle. And the shot itself is aimed in the wrong direction. The real issue is not foreign policy per se at all. It is getting the corrupting force of enormous quantities of PAC money completely removed from American politics. America has the best Congress and White House that anyone’s money can buy. The Quincy Institute’s call for restraint in foreign policy, for all its earnestness, will not change that bit of “realism” one bit.

0 thoughts on “Quincy Who? Another New Think Tank Tests the Waters”