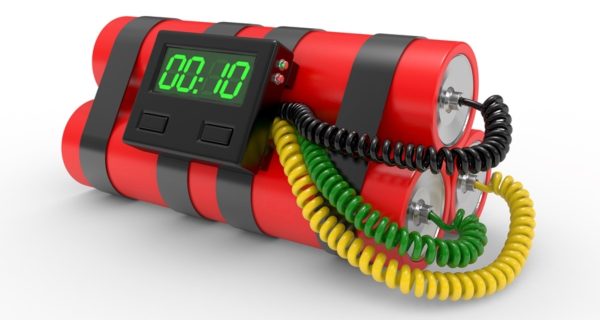 Government officials must be held accountable

Quite likely a majority of Americans would agree that it is wrong for the government or police to torture someone, though some would surely accept the “ticking time bomb” exemption, where a detainee is withholding information that could save many lives. It is in fact illegal to torture someone as well as it being morally wrong. Indeed, it could constitute a crime against humanity or a war crime depending on circumstances. The United States, which has signed the United Nations Convention Against Torture and is bound by it, has thereby accepted legal sanctions to back up the view that torture is never permissible. Under US law, torture committed by “government officials and their collaborators upon a person restrained by the government is a felony punishable by up to 20 years in federal prison, and its fruits are inadmissible in all courts.” Given that background, one is astonished to learn that some in the government have not taken the obligation seriously. To be sure, the US has been quick to react when lower ranking officials, contractors and ordinary soldiers have reportedly been involved in torturing prisoners, as occurred with Abu Ghraib prior to 2004, but the higher one goes up the ladder of power the less do laws apply to even the most egregious misbehavior.

It has long been known that the Central Intelligence Agency (CIA), in the wake of 9/11, resorted to torture in its overseas “black” prisons, but details of what took place and anything that would stand up in court as evidence has been difficult to discern as it has been easy for the Agency to shroud its more nefarious deeds through claims of protecting “states secrets.” But now some more details have emerged. The news that former Donald Trump appointed CIA Director Gina Haspel during her tour overseeing a prison in Thailand in 2002 personally observed at least one terrorist suspect being tortured by waterboarding, which simulates being drowned repeatedly until a confession is obtained. Waterboarding was used by the Japanese on prisoners of war in the Second World War and was subsequently considered to be torture, a war crime.

The new information came from one of the creators of the Agency’s “enhanced interrogation techniques” program, psychologist James E. Mitchell, who was testifying in a May pretrial hearing at Guantanamo Prison relating to the treatment of Saudi al-Qaeda linked terrorist suspect Abd al-Rahim al-Nashiri, who has been accused of being complicit in the bombing of the USS Cole in 2000 that killed 17 American sailors. Al-Nashiri, who was shipped to Gitmo in 2006 and who has been waiting sixteen years for his trial, could face the death penalty if he is convicted. His defense is seeking to demonstrate that the evidence against him was obtained by torture and should therefore be inadmissible.

Al-Nashiri was subjected to four months of waterboarding as well as to what have been described as “other coercive techniques” during his questioning in Thailand. According to testimony, the hooded interrogators repeatedly slammed al-Nashiri’s head into a wall and forced him naked into a small confinement box. When he briefly went on a hunger strike due to his treatment he was fed rectally. It is not known how frequently Gina Haspel, the senior officer in charge of the base, observed the torture, which she allegedly watched but did not participate in, but she drafted up the classified cables detailing what had occurred and what information had been developed. Oddly, al-Nashiri was freely answering the questions from the interrogators, who recommended that the extreme measures be stopped, but CIA Headquarters insisted that the torture continue in the belief that nothing is “true” until it is verified under torture. Rather than resigning to demonstrate her disagreement, Haspel allowed the process to continue, which is why in part some of her former Agency colleagues regularly refer to her as “Bloody Gina.”

Videotapes were made of the torture but they were subsequently destroyed. Haspel participated in the November 2005 destruction of hundreds of hours of recordings contained on 92 tapes showing at least two interrogations of Abu Zubaydah and al-Nashiri. She did so while serving as chief of staff to the Director of the National Collection Service Jose A. Rodriguez Jr. At her Senate confirmation hearing as Director in 2018, she said “I would also make clear that I did not appear on the tapes.” Rodriguez, who made the decision to destroy the tapes, also reportedly determined how to handle a suspected terrorist detainee Gul Rahman. Rahman was chained, nearly naked, to a concrete floor for an extended time and then froze to death. There was an internal CIA investigation but no officer on-site nor at the Agency headquarters was punished – let alone prosecuted. In fact, Rodriguez, who was in charge of the detention site, received a $2,500 bonus for his “consistently superior work.”

The Agency currently regards the existence of the black prisons and the procedures used to elicit information as a “state secret” even though the existence of the sites is widely known and has been reported on extensively. After serving as Director of Central Intelligence Haspel retired from CIA in January 2021. She currently works for a major Washington law firm King & Spalding L.L.P., a typical transition for senior officials who are able to exploit the revolving door between government and the private sector. She reportedly is part of the firm’s Government Matters practice where she “advise[s] clients on cybersecurity and information technology, among other issues.”

Every instance of torture by the federal government or its agents is by law a separate felony. Beyond that, what went on in the Agency’s black overseas prisons is shocking even in a Washington where no crime is too low to the contemplated by the governments we have unfortunately placed into power. Some might object that Gina’s actions amounted to oversight of a dreadful necessity, but there is something particularly loathsome about a powerful Administration intelligence officer finding time to watch the horrors performed on a suspect who undoubtedly was not afforded any due process before he arrived in his cell to be experimented on by a team of modern-day Torquemadas.

As long as there is no accountability in Washington the farce of government “of the people, and for the people” will continue. That a government can use the “secrets privilege” to conceal and avoid any consequences when killing people without any due process is despicable. If you use government resources to murder someone, you should be tried and go to prison. If you start a war through deliberate lying, you should stay in prison forever. Those who make the decisions to commit crimes are wired into the system and are in a sense bullet-proof, while the public has been completely brainwashed and the beat goes on. Another recent story tells how the CIA was apparently planning to kill currently imprisoned journalist Julian Assange in London. It reportedly included scenarios for a possible shoot-out in the heart of the city, the ramming of Russian diplomatic vehicles and the disabling of any airplane that might be involved in an escape attempt. Who came up with that one? It dates back to 2010, when the noted constitutional lawyer Barack Obama was president. Didn’t he or his advisers know that murder is against the law?

0 thoughts on “Crime and Punishment”