HOME / WORLD / The Torturers and the ‘Ticking Bomb’: How Torture Became Routine in the Global War on Terror 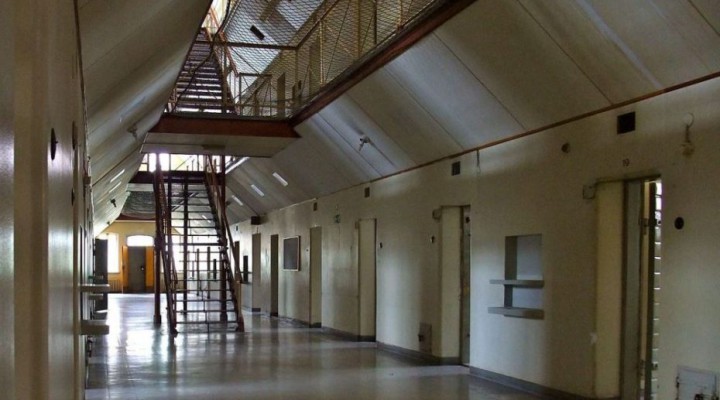 With the excitement over Trump’s impeachment, it comes as no surprise that recent insights into how the U.S. became a torture state have been ignored.

With all the media excitement focused on the impeachment of President Donald Trump, it comes as no surprise that some recent additional insights into how the United States became a torture regime have been largely ignored. It has been known for years that the George W. Bush Administration carried out what most of the world considers to be torture. Acting as if it really cared about illegal activity, the White House back at that time found two malleable Justice Department lawyers John Yoo and Jay Busby who would be willing to come up with a defense of torture. They discovered somewhere in their law books that it was possible to do anything to a suspect as long as it did not bring about organ failure. That became the bottom line for interrogations, though in practice some prisoners died anyway, which might be considered the ultimate organ failure. The only one who was subsequently punished over the illegal torture program was former C.I.A. employee John Kiriakou, who blew the whistle on it.

Last week there was a hearing at a Guantanamo Bay courtroom in which one of the psychologists who devised the Central Intelligence Agency torture regime testified under oath. Psychologist James Mitchell was testifying in what was a preliminary hearing relating to the eventual trial of five alleged 9/11 conspirators He discussed how he and his business partner Dr. Bruce Jessup together developed the Agency’s torture program, which internal government documents described by employing the euphemism “enhanced interrogation techniques.” They were paid $81 million for their work and were able to produce a training manual that included waterboarding, stress positions and mock burials to physically and mentally destroy the target’s ability to resist. Both Mitchell and Jessup have asserted that their procedures were more designed to make a suspect uncomfortable rather than in pain and they blame interrogators who went too far for the physical and mental permanent damage that resulted.

To understand the depth of depravity that was part and parcel of “enhanced interrogation,” it is useful to consider Dr. Mitchell’s own testimony relating to the torture of prisoner Abu Zubaydah, a procedure that was implemented at one of the Agency’s secret prisons. The prison was likely the one located in Thailand, where current director of Central Intelligence Gina Haspel was in charge. Mitchell, who was also involved in the 183 waterboardings of alleged 9/11 mastermind Khalid Sheikh Mohammed, personally participated in the interrogation. Zubaydah reportedly cooperated with his interrogators but then ceased to do so when the torture began. He was waterboarded more than 80 times while also being subjected to other “coercive physical pressure” including being buried alive over concerns that he might be hiding something. He survived and since has been held at Guantanamo for more than 13 years. The United States government has never tried him and has never even charged him with any crime.

Mitchell’s testimony states that he and the other interrogators had wanted the waterboarding to stop due to concerns that Zubaydah’s deteriorating mental processes were rendering any further interrogation unreliable. They sent a message to headquarters at Langley saying that “the intensity of the pressure applied to him thus far approaches the legal limit.” C.I.A. management ordered the interrogators to keep going as Zubaydah might be concealing details of an imminent terrorist attack along the lines of 9/11.

Americans have, of course, seen the use of “imminent” recently to explain away illegal actions that amount to war crimes. Another version exploiting a unknown imminent threat is the “ticking bomb scenario” which is based on the belief that a prisoner has knowledge of another terrorist act that is about to take place. It has frequently been employed by the Israelis to justify their wholesale torture of capture Palestinians. Israeli apologist Harvard lawyer Alan Dershowitz, among others, has cited the ticking bomb scenario to justify use of torture, but the problem is that there is no evidence to suggest that it has ever worked. No impending terrorist action has ever been prevented by torturing prisoners who have already been detained.

In the case of Zubaydah, C.I.A. even sent a senior officer to the torture room to make sure that no one was holding back on getting the job done properly. During the waterboarding Zubaydah was experiencing involuntary body spasms and was crying. Even the torturers and viewers were visibly upset. Mitchell’s testimony included “I thought it was unnecessary, and I felt sorry for him.”

Mitchell claims that he was pressured by C.I.A. management to always push harder during interrogations. At one point, Mitchell claims he sought to withdraw from the program but was told that “he’d lost his spine and it would be his fault if more people in the US died in a catastrophic attack.” Mitchell added “The implication was that if we weren’t willing to carry their water, they would send someone else who would do it, and they may be harsher than we were.”

Mitchell not unreasonably explained how post-9/11 there was a “climate of fear” over another imminent attack, possibly employing nuclear or biological weapons and he was unapologetic about his role in protecting his country. He said “I’d get up today and do it again… I thought my moral obligation to protect American lives outweighed the temporary discomfort of terrorists who had voluntarily taken up war against us. To me it just seemed like it would be dereliction of my moral responsibilities.”

Inter alia, Mitchell made clear that “C.I.A. was never interested in prosecutions. The C.I.A. was not going to let them set off another catastrophic attack in the United States. They were going to go right up to the line of what was legal, put their toes on it and lean forward.”

There are a number of things wrong with Mitchell and with the C.I.A. managers who first adopted his techniques and then repeatedly applied them in such a fashion as to insure both physical and mental damage. That is torture. Torture and abusive interrogation tactics are illegal under both US law and international law. Torture is prohibited under federal law, as are lesser forms of detainee abuse such as cruel, inhuman, or degrading treatment. On 10 December 1948, the United Nations General Assembly adopted the Universal Declaration of Human Rights (UDHR). Article 5 states, “No one shall be subjected to torture or to cruel, inhuman or degrading treatment or punishment.”

Being patriotic is not a mitigating factor when one is carrying out torture, no matter what Dr. Mitchell might think. The United States is also a party to the Convention against Torture, which was adopted by the General Assembly in 1984, as well as other treaties that ban the use of torture and other ill-treatment. The Convention against Torture requires countries to criminalize the use of torture within their own jurisdictions. Washington enacted such legislation in 1994, when Congress passed the federal anti-torture statute. The treaty also requires countries to conduct credible criminal investigations and prosecutions of those responsible for torture.

And then there is the “ticking bomb,” i.e. the American government’s claimed fear that another 9/11 was about to take place as a justification for its adoption of “enhanced interrogation techniques.” The problem with that thinking was that the C.I.A. had no evidence suggesting that that another major attack might be impending, but it nevertheless grabbed people off the streets in some cases to “render” them to secret prisons where they were tortured. Many of them turned out to be innocent and it could reasonably be suggested that torturing someone “just in case he or she might know something” is no defense at all.

Finally, the United States government is obligated to prosecute those responsible for torture. That plausibly includes Drs. Mitchell and Jessup, but it certainly includes those Agency officers who were in place from 2001 through 2003 and responsible for implementing the program. They would presumably include the Director of Central Intelligence, Deputy Executive Director, Deputy Director for Operations, and the two Directors of CIA’s Counter Terrorism Center. All of those former officers are now enjoying comfortable retirements to include various sinecures with universities as well as national defense and security contractors and none of them has ever been punished in any way for their involvement with torture.

0 thoughts on “The Torturers and the ‘Ticking Bomb’: How Torture Became Routine in the Global War on Terror”