HOME / WORLD / Why the Taliban still can’t form a government

Why the Taliban still can’t form a government 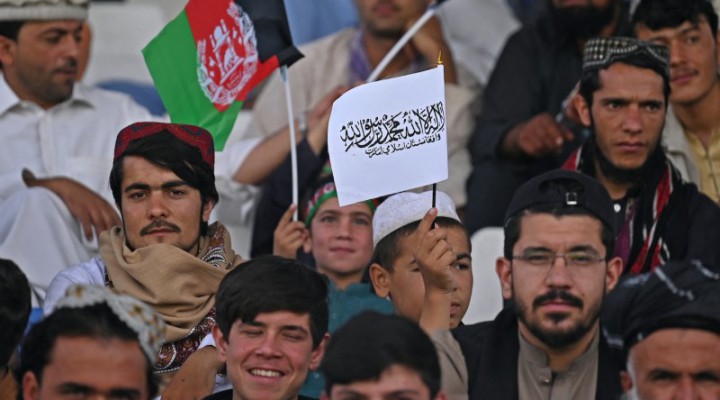 It looked like everything was set for the Taliban to announce the new government of the Islamic Emirate of Afghanistan after this Friday’s afternoon prayers. But then internal dissent prevailed.

That was compounded by the adverse optics of a ragtag “resistance” in the Panjshir Valley that is still not subdued. The “resistance” is de facto led by a CIA asset, former vice president Amrullah Saleh.

The Taliban maintain they have captured several districts and at least four checkpoints at the Panjshir, controlling 20% of its territory. Still, there’s no endgame in sight.

Supreme Leader Haibatullah Akhundzada, a Kandahar religious scholar, is expected to be the new power of the Islamic Emirate when it’s finally formed. Mullah Baradar will likely preside just below him as a presidential figure along with a 12-member governing council known as a “shura.”

If that’s the case, there would be certain similarities between the institutional role of Akhundzada and Ayatollah Khamenei in Iran, even though the theocratic frameworks, Sunni and Shiite, are completely different.

Mullah Baradar, co-founder of the Taliban with Mullah Omar in 1994 and imprisoned in Guantanamo then Pakistan, has served as the Taliban’s top diplomat as the head of its political office in Doha.

He has also been a key interlocutor in the protracted negotiations with the now-extinct Kabul government and the expanded troika of Russia, China, the US and Pakistan.

To call the negotiations to form a new Afghan government fractious would be a spectacular understatement. They have been managed, in practice, by former president Hamid Karzai and ex-head of the Reconciliation Council Abdullah Abdullah: a Pashtun and a Tajik who have vast international experience.

Both Karzai and Abdullah are shoo-ins to be part of the 12-member shura.

As the negotiations seemed to advance, a frontal clash developed between the Taliban political office in Doha and the Haqqani network regarding the distribution of key government posts.

Add to it the role of Mullah Yakoob, son of Mullah Omar, and the head of the powerful Taliban military commission overseeing a massive network of field commanders, among which he’s extremely well-respected.

Recently Yakoob had let it leak that those “living in luxury in Doha” cannot dictate terms to those involved in fighting on the ground. As if this was not contentious enough, Yakoob also has serious problems with the Haqqanis – who are now in charge of a key post: security of Kabul via the so far ultra-diplomatic Khalil Haqqani.

Apart from the fact that the Taliban amount to a complex collection of tribal and regional warlords, the dissent illustrates the abyss between what could roughly be explained as more Afghan nationalist-centered and more Pakistani-centered factions.

In the latter case, the key protagonists are the Haqqanis, who operate very close to Pakistan’s Inter-Services Intelligence (ISI).

It’s a Sisyphean task, to say the least, to create political legitimacy even in an Afghanistan that is bound to be ruled by Afghans who rid the nation of a foreign occupation.

Since 2002, both with Karzai and then Ashraf Ghani, the regime in power for most Afghans was regarded as an imposition by foreign occupiers validated by dodgy elections.

In Afghanistan, everything is about tribe, kin and clan. The Pashtuns are a vast tribe with myriad subtribes that all adhere to the common pashtunwali, a code of conduct that blends self-respect, independence, justice, hospitality, love, forgiveness, revenge and tolerance.

They will be in power again, as during Taliban 1.0 from 1996 to 2001. The Dari-speaking Tajiks, on the other hand, are non-tribal and form the majority of urban residents of Kabul, Herat and Mazar-i-Sharif.

Assuming it will peacefully solve its internal Pashtun squabbles, a Taliban-led government will necessarily need to conquer Tajik hearts and minds among the nation’s traders, bureaucrats and educated clergy.

Dari, derived from Persian, has long been the language of government administration, high culture and foreign relations in Afghanistan. Now it will all be switched to Pashto again. This is the schism the new government will have to bridge.

There are already surprises on the horizon. The extremely well-connected Russian ambassador in Kabul, Dmitry Zhirnov, revealed that he is discussing the Panjshir stalemate with the Taliban.

Zhirnov noted that the Taliban considered some of the demands of the Panjshiris as “excessive” – as in they wanted too many seats in the government and autonomy for some non-Pashtun provinces, Panjshir included.

It’s not far-fetched to consider the widely-trusted Zhirnov could become a mediator not only between Pashtuns and Panjshiris but even between opposed Pashtun factions.

The delightful historical irony will not be lost on those who remember the 1980s jihad of the unified mujahideen against the USSR.