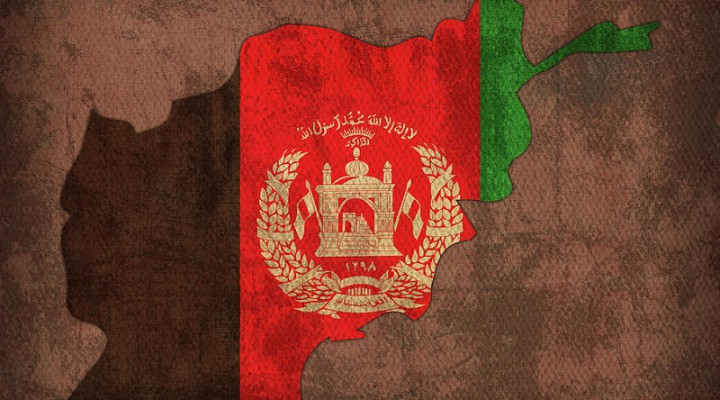 Hezbollah and Syria are part of the anti-Zionist Resistance, and their representatives are regarded by many in the Alt-Media Community as reliable sources of news and analysis about international events. It’s therefore very important to highlight what Hezbollah’s General Secretary Sayed Hassan Nasrallah and Syria’s Foreign Minister Faisal Mekdad recently had to say about Afghanistan since it contradicts the emerging narrative being shared by some key influencers in the Alt-Media Community.

The Saker republished Resistance News‘ translation of Mr. Nasrallah’s video address that was shared by Moqawama where the Resistance leader observed that “glory to God, these are exactly the same images as in Vietnam!…they left crestfallen, empty-handed, with Honaïn’s shoes as the saying goes, humiliated, defeated, ashamed, in disgrace…I hope that we will pay attention to it and will consider it as the pivotal moment that it is, because for 50 or 60 years, there was nothing like it.”

Al Mayadeen, meanwhile, reported that Mr. Mekdad told his new Iranian counterpart Hossein Amirabdollahian that “the resounding American defeat in Afghanistan will also mean its defeat in Syria, and in all parts of the world, deeming this defeat a hard lesson for America’s agents and tools.” Both the Syrian Foreign Minister and Hezbollah’s General Secretary are in agreement that the US suffered a devastating strategic defeat in Afghanistan at the hands of its Taliban foes.

This interpretation of events is the opposite of what some key influencers in the Alt-Media Community are saying. Those folks claim that the Taliban are secretly American proxies, and that instead of the US disastrously withdrawing from Afghanistan, it’s actually just handing over power to its new allies. In their minds, everything that’s being reported about the chaos at the Kabul Airport and the surprising opposition to US President Joe Biden from his fellow Democrats is either fake or stage-managed in order to distract from this scheme.

Interestingly, ISIS-K of all actors happens to share their assessment. RT reported after Thursday’s terrorist attack at the Kabul Airport that “In a statement claiming responsibility, IS allegedly accused the Taliban of working ‘in partnership’ with the US military to protect and evacuate ‘spies’ from Afghanistan.” Those influential Alt-Media voices aren’t connected to that group and its interpretation of events doesn’t automatically discredit theirs, but it would still be interesting to hear what they have to say after finding out about this coincidence.

The point in bringing this up isn’t to smear those people by implying any coordination or sympathy with ISIS-K, but simply to highlight that their and that group’s interpretation of events is the opposite of Hezbollah’s and Syria’s. Those latter two don’t consider the Taliban to be secret American proxies, nor do they regard the US’ withdrawal from Afghanistan as being anything other than a disastrous defeat. Just like with ISIS-K’s statement, it would be interesting to hear how those influential Alt-Media voices respond to Hezbollah’s and Syria’s.

To be crystal clear, everyone has the right to interpret whatever it is that they want however they want and nobody’s views should ever be discredited just because someone unsavory like ISIS-K happens to share them. Furthermore, nobody should ever try to “gatekeep” anyone else nor doubt their sincerity to whatever cause it is that they publicly support even if its representatives have different interpretations of events than they do. Nevertheless, those with integrity should explain these analytical differences to help others understand them.

This is especially so whenever one’s views substantially differ from what’s been shared by those who the Alt-Media Community generally regards as reliable such as Messrs. Nasrallah and Mekdad. Just because Hezbollah and Syrian representatives shared their interpretation of something doesn’t automatically mean that they’re right, but even if they’re considered to be, then that also doesn’t automatically mean that others’ contrarian ones are wrong. Sometimes reality is too complex to simplify, hence the need to share various views.

The Alt-Media Community would benefit from those influential voices explaining why their views are so different from Messrs. Nasrallah and Mekdad unless they of course changed them in light of those figures’ sharing their own. Conspicuous analytical discrepancies such as these should be publicly accounted for in order to everyone to learn more about each side’s thought processes and the grounds upon which they base their views. Hopefully those influential folks will provide the answers that their audience might soon seek.