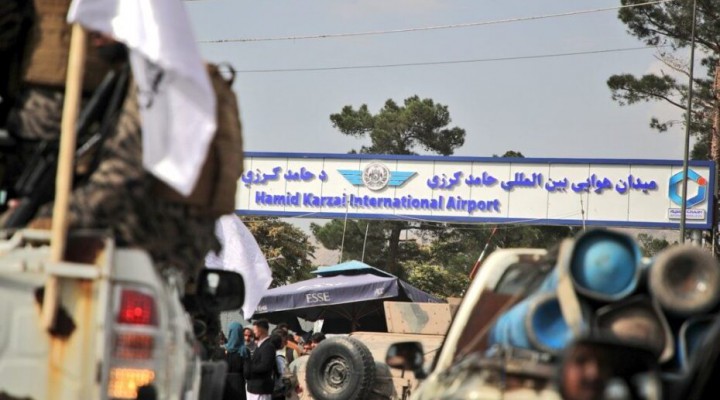 Nation-building in Afghanistan arrived in 2001. Western interventions into the old Eastern bloc in the 1980s and early 1990s had been spectacularly effective in destroying the old social and institutional order; but equally spectacular in failing to replace imploded societies with fresh institutions.  The threat from ‘failed states’ became the new mantra, and Afghanistan – in the wake of the destruction wrought post-9/11 – therefore necessitated external intervention.  Weak and failed states were the spawning ground for terrorism and its threat to the ‘global order’, it was said. It was in Afghanistan that a new liberal world vision was to be stood-up.

At another level, the war in Afghanistan became another sort of crucible. In very real terms, Afghanistan turned into a testbed for every single innovation in technocratic project management – with each innovation heralded as precursor to our wider future. Funds poured in: Buildings were thrown up, and an army of globalised technocrats arrived to oversee the process.  Big data, AI and the utilization of ever expanding sets of technical and statistical metrics, were to topple old ‘stodgy’ ideas.  Military sociology in the form of Human Terrain Teams and other innovative creations, were unleashed to bring order to chaos. Here, the full force of the entire NGO world, the brightest minds of that international government-in-waiting, were given a playground with nearly infinite resources at their disposal.

This was to be a showcase for technical managerialism. It presumed that a properly technical, and scientific way of understanding war and nation-building would be able to mobilize reason and progress to accomplish what everyone else could not, and so create a post-modern society, out of a complex tribal one, with its own storied history.

The ‘new’ arrived, as it were, in a succession of NGO boxes marked ‘pop-up modernity’.  The 18th century British statesman Edmund Burke, of course, had already warned in Reflections on the Revolution in France, as he witnessed the Jacobins tearing down their old order: “that it is with infinite caution” that anyone should pull down or replace structures that have served society well over the ages.  But this managerial technocracy had little time for old ‘stodgy’ ideas.

But, what last week’s fall of the western instituted regime so clearly revealed is that today’s managerial class, consumed by the notion of technocracy as the only means of effecting functional rule birthed instead, something thoroughly rotten — “data-driven defeat”, as one US Afghan veteran described it — so rotten, that it collapsed in a matter of days. On the extended blunders of the “system” in Afghanistan, he writes:

“A retired Navy SEAL who served in the White House under both Bush and Obama reflected,[that]  “collectively the system is incapable of taking a step back to question basic assumptions.” That “system” is best understood, not simply as a military or foreign policy body, but as a euphemism for the habits and institutions of an American ruling class that has exhibited an almost limitless collective capacity for deflecting the costs of failure.

“This class in general, and the people in charge of the war in Afghanistan in particular, believed in informational and management solutions to existential problems. They elevated data points and sta­tistical indices to avoid choosing prudent goals and organizing the proper strategies to achieve them. They believed in their own provi­dential destiny and that of people like them to rule, regardless of their failures”.

Whatever was not corrupt before America arrived, became corrupt in the maelstrom of that $2 Trillion of American money showered on the project. American soldiers, arms manufacturers, globalised technocrats, governance experts, aid workers, peacekeepers, counter-insurgency theorists and lawyers — all made their fortunes.

The flaw was that Afghanistan as a liberal progressive vision was a hoax in the first place: Afghanistan was invaded, and occupied, because of its geography. It was the ideal platform from which to perturb Central Asia, and thus unsettle Russia and China.

No one was truly committed because there was really no longer any Afghanistan to commit to. Whomsoever could steal from the Americans did so. The Ghani regime collapsed in a matter of days, because it was ‘never there’ to begin with: A Potemkin Village, whose role lay in perpetuating a fiction, or rather the myth of America’s Grand Vision of itself as the shaper and guardian of ‘our’ global future.

The true gravity for America and Europe of the present psychological ‘moment’ is not only that nation-building, as a project intended to stand up liberal values been revealed as having ‘achieved nothing’, but Afghanistan débacle has underlined the limitations to technical managerialism in way that is impossible to miss.

The gravity of America’s present psychological ‘moment’ – the implosion of Kabul – was well articulated when Robert Kagan argued earlier, that the ‘global values’ project (however tenuous its basis in reality) nonetheless has become essential to preserving ‘democracy’ at home:  For, he suggests, an America that retreats from global hegemony, would no longer possess the domestic group solidarity to preserve America as ‘idea’, at home, either.

What Kagan is saying here is important — It may constitute the true cost of the Afghanistan débacle. Every élite class advances various claims about its own legitimacy, without which a stable political order is impossible. Legitimating myths can take many forms and may change over time, but once they become exhausted, or lose their credibility – when people no longer believe in the narrative, or the claims which underpin that political ‘idea’ – then it is ‘game over’.

Swedish intellectual, Malcolm Kyeyune writes that we may be “witnessing the catastrophic end of this metaphysical power of legitimacy that has shielded the managerial ruling class for decades”:

“Anyone even briefly familiar with the historical record knows just how much of a Pandora’s box such a loss of legitimacy represents. The signs visibly have been multiplying over many years. When Michael Gove said, “I think the people in this country have had enough of experts” in a debate about the merits of Brexit, he probably traced the contours of something much bigger than anyone really knew at the time. Back then, the acute phase of the delegitimization of the managerial class was only just beginning. Now, with Afghanistan, it is impossible to miss”.

There is therefore, little mystery as to why the Taliban took over Kabul so quickly. Not only did the project per se lack legitimacy for Afghans, but that aura of claimed expertise, of technological inevitability that has protected the élite managerial class, has been exposed by the sheer dysfunctionality on display, as the West frantically flees Kabul. And it is precisely how it has ended that has really drawn back the curtain, and shown the world the rot festering beneath.

When the legitimating claim is used up, and people no longer believe in the concepts or claims that underpin a particular system or claim to rule, the extinction of that particular élite, Kyeyune writes, becomes a foregone conclusion.

0 thoughts on “The ‘Great Reset’ in Microcosm: “Data Driven Defeat” in Afghanistan”