HOME / WORLD / US and Iran Stuck on Negotiation Ground Zero 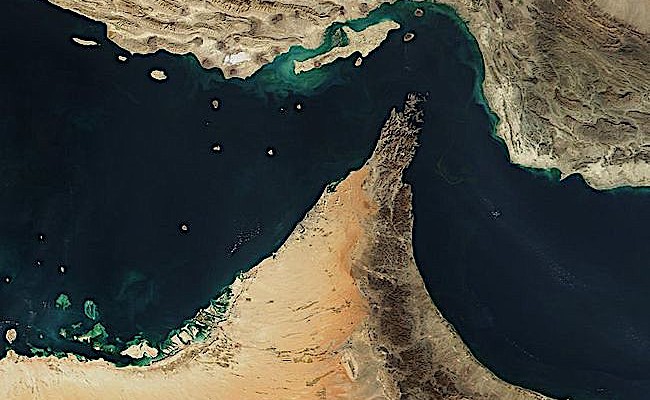 Donald Trump says he’s ‘okay either way’, whether there’s war with Iran and Tehran seems to be okay  with that too, warns Pepe Escobar.

All bets are off in the geopolitical insanity stakes when we have the President of the United States (POTUS) glibly announcing he could launch a nuclear first strike to end the war in Afghanistan and wipe it “off the face of the earth” in one week. But he’d rather not, so he doesn’t have to kill 10 million people.

Apart from the fact that not even a nuclear strike would subdue the legendary fighting spirit of Afghan Pashtuns, the same warped logic – ordering a nuclear first strike as one orders a cheeseburger – could apply to Iran instead of Afghanistan.

Trump once again flip-flopped by declaring that the prospect of a potential war in the Persian Gulf “could go either way, and I’m OK either way it goes,” much to the delight of Beltway-related psychopaths who peddle the notion that Iran is begging to be bombed.

No wonder the whole Global South – not to mention the Russia-China strategic partnership – simply cannot trust anything coming from Trump’s mouth or tweets, a non-stop firefight deployed as intimidation tactics.

At least Trump’s impotence facing such a determined adversary as Iran is now clear: “It’s getting harder for me to want to make a deal with Iran.” What remains are empty clichés, such as Iran “behaving very badly” and “the number one state of terror in the world” – the marching order mantra emanating from Tel Aviv.

Even the – illegal – all-out economic war and total blockade against Tehran seems not to be enough. Trump has announced extra sanctions on China because Beijing is “accepting crude oil” from Iran. Chinese companies will simply ignore them.

Okay With ‘OK Either Way’

“OK either way” is exactly the kind of response expected by the leadership in Tehran. Prof. Mohammad Marandi of the University of Tehran confirmed to me that Tehran did not offer Trump a “renegotiation” of the JCPOA, or Iran nuclear deal, in exchange for the end of sanctions: “It’s not a renegotiation. Iran offered to move forward ratification of additional protocols if Congress removes all sanctions. That would be a big win for Iran. But the US will never accept it.”

The crucial fact is that Tehran rejects a new negotiation with the White House “under any circumstances,” as expressed by Hossein Dehghan, the top military adviser to Supreme Leader Ayatollah Khamenei.

Dehghan once again made it very clear that in case of any sort of military adventure, every single base of the U.S. Empire of Bases across Southwest Asia will be targeted.

This neatly ties in with Iran’s by now consolidated new rules of engagement, duly detailed by correspondent Elijah Magnier. We are well into “an-eye-for-an-eye” territory.

And that brings us to the alarming expansion of the sanctions dementia, represented by two Iranian ships loaded with corn stranded off the coast of southern Brazil because energy giant Petrobras, afraid of U.S. sanctions, refuses to refuel them.

Brazilian President Jair Bolsonaro, a fervent Trump groupie, has turned the country into a tropical U.S. neo-colony in less than seven months. On U.S. sanctions, Bolsonaro said, “We are aligned to their policies. So we do what we have to.” Tehran for its part has threatened to cut its imports of corn, soybeans and meat from Brazil – $2 billion worth of trade a year – unless the refueling is allowed.

This is an extremely serious development. Food is not supposed to be — illegally — sanctioned by the Trump administration. Iran now has to use mostly barter to obtain food — as Tehran cannot remit through the CHIPS-SWIFT banking clearinghouse. If food supplies are also blocked that means that sooner rather than later the Strait of Hormuz may be blocked as well.

Beltway sources confirmed that the highest level of the U.S. government gave the order for Brasilia to stop this food shipment.

Tehran knows it well – as this is part of the “maximum pressure” campaign, whose goal is ultimately to starve the Iranian population to death in a harrowing game of chicken. 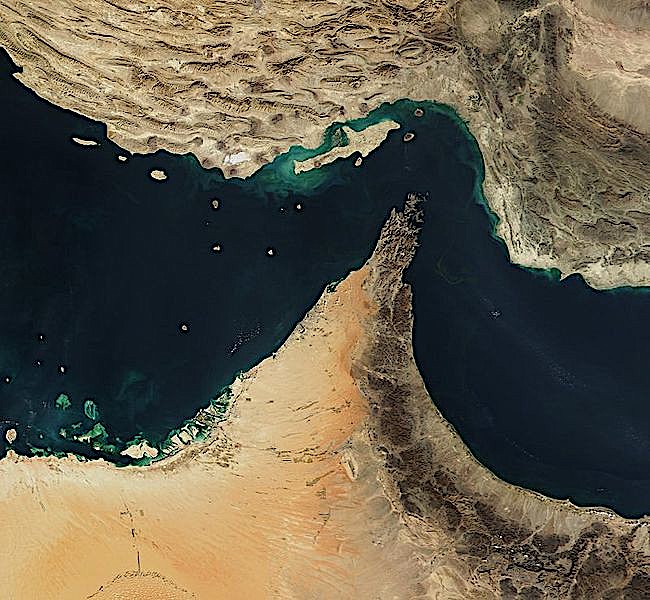 How this may end is described by an ominous quote I already used in some of my previous columns, from a Goldman Sachs derivatives specialist: “If the Strait of Hormuz is closed, the price of oil will rise to a thousand dollars a barrel representing over 45 percent of global GDP, crashing the $2.5 quadrillion derivatives market and creating a world depression of unprecedented proportions.”

At least the Pentagon seems to understand that a war on Iran will collapse the world economy.

And Now for Something Completely Different

But then, last but not least, there’s the tanker war.

Dutch analyst Maarten van Mourik has noted significant discrepancies involving the UK piracy episode in Gibraltar – the origin of the tanker war. The Grace 1 tanker “was pirated by the Royal Marines in international waters. Gibraltar Straits is an international passage, like the Strait of Hormuz. There is only 3 nautical miles of territorial water around Gibraltar, and even that is disputed.”

Mourik adds, “The size of the Grace 1 ship is 300,000 MT of crude oil, it has a maximum draught of about 22.2 meters and the latest draught via AIS indicated that she was at 22.1 meters, or fully laden. Now, the port of Banyas in Syria, which is where the offshore oil port is, has a maximum draft of 15 meters. So, in no way could the Grace 1 go there, without first having to offload elsewhere. Probably a very large quantity to get within max draught limitations.” 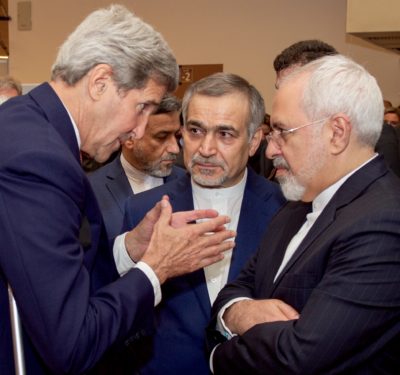 That ties in with Foreign Minister Javad Zarif refusing on the record to say where Grace 1 was actually heading to, while not confirming the destination was Syria.

The tit-for-tat Iranian response, with the seizure of the Stena Impero navigating under the British flag, is now evolving into Britain calling for a “European-led maritime protection mission” in the Persian Gulf, purportedly to protect ships from Iranian “state piracy.”

Observers may be excused for mistaking it for a Monty Python sketch. Here we have the Ministry of Silly Seizures, which is exiting the EU, begging the EU to embark on a “mission” that is not the same mission of the U.S. “maximum pressure” campaign. And on top of it the mission should not undermine Britain’s commitment to keep the JCPOA in place.

As European nations never recede on a chance to flaunt their dwindling “power” across the Global South, Britain, Germany and France now seem bent on their “mission” to “observe maritime security in the Gulf,” in the words of French Foreign Minister Jean-Yves Le Drian. At least this won’t be a deployment of joint naval forces – as London insisted. Brussels diplomats confirmed the initial muscular request came from London, but then it was diluted: the EU, NATO and the U.S. should not be involved – at least not directly.

Now compare this with the phone call last week between Iranian President Hassan Rouhani and French President Emmanuel Macron, with Tehran expressing the determination to “keep all doors open” for the JCPOA. Well, certainly not open to the Monty Python sketch.

That was duly confirmed by Iranian Deputy Foreign Minister Abbas Araghchi, who said Iran will “not allow disturbance in shipping in this sensitive area,” while Iranian vice-president Eshaq Jahangiri rejectedthe notion of a “joint European task force” protecting international shipping: “These kinds of coalitions and the presence of foreigners in the region by itself creates insecurity.”

Iran has always been perfectly capable, historically, of protecting that Pentagonese Holy Grail – “freedom of navigation” – in the Persian Gulf and the Strait of Hormuz. Tehran certainly doesn’t need former colonial powers to enforce it. It’s so easy to lose the plot; the current, alarming escalation is only taking place because of the “art of the deal” obsession on imposing an illegal, total economic war on Iran.

PEPE ESCOBAR: US and Iran Stuck on Negotiation Ground Zero

Europe needs to back Iran nuclear deal & stop kowtowing to US

0 thoughts on “US and Iran Stuck on Negotiation Ground Zero”