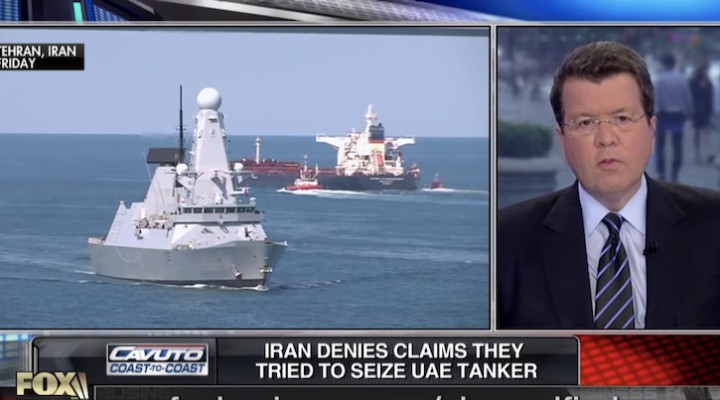 Iran has responded to Trump’s withdrawal from the 2015 nuclear deal by resuming the stockpiling of low enriched uranium, removing the cap on the level of uranium enrichment and resuming work at the Arak nuclear reactor, while making it very clear that those steps would be immediately reversed if the United States agreed to full compliance.

The major fact about Iranian nuclear policy before the Joint Comprehensive Plan of Action (JCPOA) was negotiated should shape public understanding of the current conflict: For more than three years, from 2012 to 2015, Iran could have enriched enough uranium at 20% enrichment level for one or more nuclear weapons, but it chose not to do so. Instead, it used the U.S.’s knowledge of that capability as leverage against the U.S. in negotiating what eventually became the JCPOA.

The real nuclear crisis facing the United States is not that of an Iranian regime threatening a nuclear conflict. Rather, it’s a U.S. government policy that rejects the 2015 compromise and seeks to provoke Iran even further.

Yet that’s not the way The New York Times and other news media have covered the story. From the start of the current phase of the conflict, corporate media coverage has overwhelmingly emphasized a presumed new Iranian threat to “break out” in order to obtain the enriched uranium for a nuclear weapon.

A July 1 Times story by Rick Gladstone about Iran’s breach of the JCPOA cap on uranium stockpile stated that Iran’s latest move “does not by itself give the country the material to produce a nuclear weapon. … But it is the strongest signal yet that Iran is moving to restore the far larger stockpile that took the United States and five other nations years to persuade Tehran to send abroad.”

In his article, Gladstone went on to challenge Iran’s assertion of its legal right to withdraw from some commitments in the JCPOA a year after Trump had unilaterally withdrawn from the agreement. Iranian leaders, he said, “have sought to justify these steps as a response to the Trump administration’s abandonment of the nuclear accord last year and its reimposition of sanctions.” He claimed that “[W]estern experts on the agreement” had disputed Iran’s reasoning.” But Gladstone cited only one “expert,” Henry Rome of the Eurasia Group, who called the Iranian claim “a unilateral interpretation from the Iranian side of what the nuclear deal means….”

Rome is evidently unfamiliar, however, with the fundamental principle of international law that grants a party to an agreement the inherent right to reduce or terminate the fulfillment of an agreement if there is a “material breach” by another party. In response to an email query for this story, Dr. Richard Falk, a leading scholar on international law, responded to Rome’s statement by commenting, “The U.S. repudiation of the agreement and reimposition of sanctions constitutes without any reasonable doubt, a material breach of the Nuclear Agreement, which relieves Iran of any legal obligations with respect to complying with the treaty.”

David Sanger, who for two decades has served as chief national security correspondent for The New York Times, wrote a story published July 1 that led with the assertion that Iran had “violated a key provision” of the 2015 nuclear deal. Sanger thus ignored the distinction between a response to complete renunciation of the entire deal by the Trump administration and a violation of it. Sanger also called the announcement by foreign minister Mohammad Javad Zarif of Iran’s intention to increase the level of purity of enrichment “a provocative action” that “could move the country closer to possessing fuel that with further processing could be used in a weapon.”

Sanger acknowledged Iran has “consistently denied that it has any intention of making a nuclear weapon,” but asserted, “[A] trove of nuclear-related documents, spirited out of a Tehran warehouse by Israeli agents last year, showed extensive work before 2003 to design a nuclear warhead.”

But the alleged Mossad theft in 2018 of half a ton of purported top-secret Iranian nuclear weapons archive documents from an unguarded shack in Tehran was a highly implausible tale. No evidence was offered to prove that the entire story—and the new documents shown by the Israelis—were not completely fraudulent.

The Associated Press ran a story on May 16 with a lede declaring,“Iran made a veiled threat this week to enrich uranium stocks closer to weapon-grade levels….” Iran had denied that it had ever sought nuclear weapons, the story said, but “Western officials and experts say that prior to the nuclear deal, Iran had a breakout capability of just a few months if it were to decide to build a bomb.”

The Washington Post published its version of the Iranian “breakout capability” threat story July 3. Reporting Iran’s plans to enrich uranium to 20%, the Post explained, “Such a move would mean that Iran could jump to producing weapons-grade uranium more quickly.”

Furthermore, the Post reported, “Experts estimate that before the nuclear deal, the amount of time that Iran needed to accumulate enough enriched uranium for a nuclear bomb was two or three months.” The JCPOA, on the other hand, “was designed to increase that breakout period to about a year.”

National Public Radio chimed in with its own contribution to the breakout narrative on July 10, quoting John Negroponte, a former U.S. Director of National Intelligence, declaring, “Iran’s newly-announced levels appear modest at the moment, but would become more concerning if there were further increases. Such steps would imply a willingness on Iran’s part to go all the way to construction of a bomb.”

The media narrative about Iran’s resuming uranium enrichment thus suggests that what Americans should be worried about primarily is not the provocative character of the Trump administration’s Iran policy but the threat that Iran will move toward a “breakout” strategy vis-à-vis its nuclear weapons capability.

The real history of Iran’s uranium enrichment strategy shows, however, that that nation was always aimed at rolling back U.S. financial sanctions and compelling the United States to acknowledge legitimate Iranian interests in the region rather than to fuel a race for a nuclear bomb.

Iran began enriching uranium to 20% in February 2010 for the first time to provide fuel plates for its Tehran Research Reactor, which produces isotopes for cancer treatment. But its overarching objective was to put pressure on the Obama administration, which was seeking to on coerce Iran to give up its nuclear program altogether.

In 2012, Iran began an new phase of diplomatic pressure on the Obama administration by making very large additions to its capabilities for enrichment at 20% while still avoiding converting those capabilities to a higher stockpile of 20% enrichment uranium. Meanwhile, Iran’s government signaled to the United States that it had the option of reversing the increase through an agreement.

The number of centrifuges at the two Iranian enrichment facilities, where 20% enrichment was being carried out, stood at 696 in May 2012. By that August, it had increased to 2,140, according the International Atomic Energy Agency’s August 30, 2012 report. Furthermore, its total production of 20% enriched uranium increased from 143 kg in May to 189.4 kg in August.

But the same IAEA report revealed that Iran’s stockpile of 20% enriched uranium had actually fallen during that period from 101 kg to 91.4 kg. The reason for that seemingly contradictory result was that between May and August 2012, Iran had increased the amount of the 20% enriched uranium it had produced to powder for fuel plates for its Tehran medical reactor instead of adding it to the stockpile. That meant that the enriched uranium was in a form that could not be reconverted easily or quickly to weapons-grade enriched uranium.

Behind that reduction was an even bigger political decision: None of the 1,440 centrifuges added to Iran’s two enrichment facilities during that period was put into operation, as the IAEA report showed.

This all amounted to a clear signal to the Obama administration that Iran was ready to negotiate strict limits on its enrichment if the United States abandoned its zero-enrichment demand. “They are creating tremendous capacity,” a senior U.S. official told The New York Times, “but they are not using it.” The official acknowledged, moreover, that Iran’s enrichment diplomacy gave it “leverage” on U.S. policy.

The widely accepted notion that Iran was prevented only by U.S. pressure from making a breakout bid for a nuclear weapon and that Iran is now once again threatening to do so is central to the present toxic political atmosphere surrounding the Iran nuclear issue.

In fact, by mid-2012 Iran already had what was called a “breakout” capability but chose to use instead to induce the United States to negotiate seriously with Iran.

A media crisis on the Iran nuclear issue

From mid-2012 until the JCOPOA was completed in mid-2015, Iran chose to pursue an agreement with the United States instead of exploiting its capabilities for a breakout. But that pivotal episode in Iran’s past enrichment diplomacy has been ignored by the corporate media. Now the media are once again portraying Iran primarily as the aggressor in the breakout narrative despite the clearly expressed Iranian readiness to reverse the process.

Meanwhile, the Trump administration is already preparing for a new confrontation with Iran over its resumption of enrichment even as it planned to add still more onerous sanctions. Hidden near the bottom of its story, The New York Times revealed on July 1 that the Pentagon and the intelligence agencies were “beginning to review what steps to take if the president determined that Iran was getting too close to producing a bomb.”

The new nuclear crisis with Iran is being stoked by the corporate media’s collective failure to convey the reality of the situation to the public. Thus, the Trump administration and the media have, to date, successfully made the Iranian government the focus of scrutiny that the public would be well-served to turn on them as well.