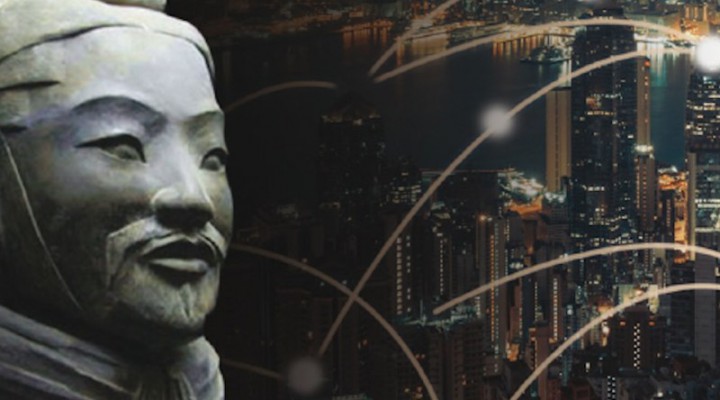 Beijing has a plan to become the indispensable tech core of East Asia, linking ASEAN, Northeast Asia and even both Koreas

The real amount of chip supply Huawei has in stock for their smart phone business may remain an open question.

But the most important point is that in the next few years – remember Made in China 2025 remains in effect – the Chinese will be manufacturing the necessary equipment to produce 5 nm chips of equivalent or even better quality than what’s coming from Taiwan, South Korea and Japan.

Conversations with IT experts from Russia, ASEAN and Huawei reveal the basic contours of the road map ahead.

They explain that what could be described as a limitation of quantum physics is preventing a steady move from 5nm to 3nm chips. This means that the next breakthroughs may come from other semiconductor materials and techniques. So China, in this aspect, is practically at the same level of research as Taiwan, South Korea and Japan.

Additionally, there is no knowledge gap – or a communication problem – between Chinese and Taiwanese engineers. And the predominant modus operandi remains the revolving door.

China’s breakthroughs involve a crucial switch from silicon to carbon. Chinese research is totally invested in it, and is nearly ready to transpose their lab work into industrial production.

As much as Chinese companies, moving forward, will be buying every possible stage of chip manufacturing business in sight, whatever the cost, this will proceed in parallel to top US semiconductor firms like Qualcomm going no holds barred to skirt sanctions and continue to supply chips to Huawei. That’s already the case with Intel and AMD.

Huawei for its part is investing deeply in a very close R&D relationship with Russia, recruiting some of their best tech talent, notoriously strong in math, physics and rigorous design work. An example is Huawei’s purchasing of Russian face recognition company Vocord in 2019.

Some of the best tech brainpower in South Korea happens to be Russian.

Huawei has also established a “5G ecosystem innovation center” in Thailand – the first of its type in ASEAN.

In the medium term, Huawei’s strategy for their top notch smart phones – which use 7nm chips – will be to hand over the business to other Chinese players such as Xiaomi, OPPO and VIVO, collect patent fees, and wait for the inevitable Chinese chip breakthrough while keeping production of 5G equipment, for which it has sufficient chips.

Huawei’s Harmony OS is considered by these IT experts to be a more efficient system than Android. And it runs on less demanding chips.

With the expansion of 5G, most of the work on smart phones can be handled by cloud servers. By the end of 2020, at least 300 cities across China will be covered by 5G.

Huawei will be concentrating on producing desktop computers and digital displays. These desktops will come with a Chinese processor, the Kunpeng 920, and run by a Chinese Unified Operating System (UOS).

UOS is a Linux system developed by China’s Union Tech and commissioned by Beijing to – here’s the clincher – replace Microsoft Windows. These desktops will not be sold to the general public: they will be equipping China’s provincial and national administrations.

It’s no wonder a steady rumor in IT circles is that the best bet ahead would be to put money in a Chinese Chip Investment Fund – expecting to collect big time when major tech breakthroughs happen before 2025.

Whatever the trials and tribulations of the chip war, the inescapable trend ahead is China positioned as the indispensable tech core of East Asia – encompassing ASEAN, Northeast Asia, and Eastern Siberia linked to both Koreas.

This is the hard node of the incoming Regional Comprehensive Economic Partnership (RCEP) – the biggest free trade deal in the world – which is bound to be signed by 2021.

India has opted for self-exclusion from RCEP – which in geoeconomic terms condemns it to a peripheral role as an economic power. Compare it to South Korea, which is boosting its integration with ASEAN and Northeast Asia.

East Asia’s tech core will be at the heart of a global production chain integrating the very best in science and technology conception and the very best production specialists scattered around all nodes of the global supply chain.

That’s a natural consequence, among other factors, of East Asia  introducing patent applications at a multiple of 3.46 times the US.

And that brings to the very special Samsung case. Samsung is increasing its R&D drive to in fact bypass US-branded technologies as soon as possible.

When South Korea’s President Moon turbo-charges his appeal for the official end of the Korean War that should be seen in tandem with Samsung eventually reaching a wide-ranging tech cooperation deal with Huawei.

It does not escape the Beijing leadership’s attention that the emergence of South Korea as a stronger and stronger geopolitical and geoeconomic actor in East Asia must be inextricably linked to access by China to the next generation of chips.

So a crucial geopolitical and geoeconomic process to watch in the next few years is how Beijing progressively attracts Seoul to its area of influence as a sort of high-tech tributary power while banking on the future of what would be a Korea Federation.

This is something that has been discussed every year, at the highest level, at the Eastern Economic Forum in Vladivostok.

Wang Huiyao, president of the Beijing-based Center for China and Globalization notes how China and South Korea already have a free trade agreement and “will start the second phase of negotiations to establish a new mechanism for China-South Korea economic cooperation, which is developing fast.”

The next – immensely difficult – step will be to set up a China-Japan free trade mechanism. And then a closer, interconnected China-Japan-South Korea mechanism. RCEP is just the first step. It will be a long sail all the way to 2049. But everyone knows which way the wind is blowin’.

A Death in Herzliya