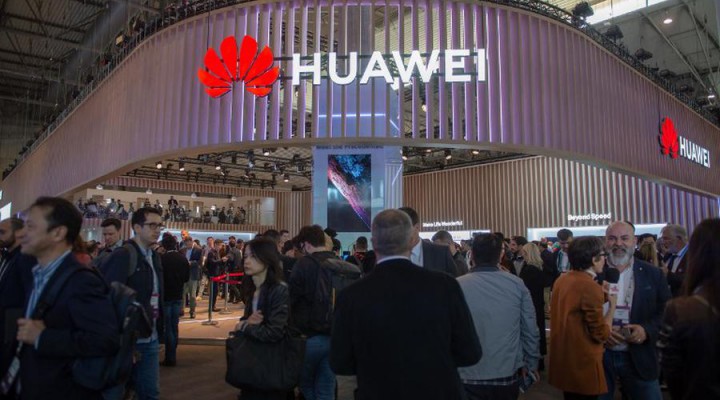 Google cuts Huawei off Android; so Huawei may migrate to Aurora. Call it mobile Eurasia integration; the evolving Russia-China strategic partnership may be on the verge of spawning its own operating system – and that is not a metaphor.

Aurora is a mobile operating system currently developed by Russian Open Mobile Platform, based in Moscow. It is based on the Sailfish operating system, designed by Finnish technology company Jolla, which featured a batch of Russians in the development team. Quite a few top coders at Google and Apple also come from the former USSR – exponents of a brilliant scientific academy tradition.

In 2014, Russian entrepreneur Grigory Berezkin started co-owning Jolla, and from 2016 his Mobile Platform company started developing a Russian version of the operating system. In 2018, Rostelecom, a state company, bought a 75% share in Open Mobile Platform.

Ahead of the St Petersburg International Economic Forum last week, Huawei chairman Guo Ping discussed the possibility of adopting Aurora with Russian minister of digital development and communications, Konstantin Noskov. According to Guo, “China is already testing devices with the Aurora pre-installed.”

In Moscow, before moving to St Petersburg, Presidents Putin and Xi Jinping discussed multiple possible deals; and these include Huawei-Aurora, as well as where to locate some of Huawei’s production lines in Russia.

Aurora could be regarded as part of Huawei’s fast-evolving Plan B. Huawei is now turbo-charging the development and implementation of its own operating system, HongMeng, a process that started no less than seven years ago. Most of the work on an operating system is writing drivers and APIs (application programming interfaces). Huawei would be able to integrate their code to the Russian system in no time.

HongMeng, for its part, is a key project of Huawei 2012 Laboratories, the innovation, research and technological development arm of the Shenzhen colossus.

No Google? Who cares? Tencent, Xiaomi, Vivo and Oppo are already testing the HongMeng operating system, as part of a batch of one million devices already distributed.

HongMeng’s launch is still a closely guarded secret by Huawei, but according to CEO Richard Yu, it could happen even before the end of 2019 for the Chinese market, running on smartphones, computers, TVs and cars. HongMeng is rumored to be 60% faster than Android.

The HongMeng system may also harbor functions dedicated to security and protection of users’ data. That’s what’s scaring Google the most; Huawei developing a software impenetrable to hacking attempts. Google is actively lobbying the Trump administration to add another reprieve – or even abandon the Huawei ban altogether.

By now it’s clear Team Trump has decided to wield a trade war as a geopolitical and geoeconomic weapon. They may have not calculated that other Chinese producers have the power to swing markets. Xiaomi, Oppo and Vivo, for instance, are not (yet) banned in the US market, and combined they sell more than Samsung. They could decide to move to Huawei’s operating system in no time.

By the end of August, probably at an industry fair in Berlin, Huawei should be announcing its new chip Kirin 985. And by September the first Huawei smartphone equipped with HongMeng could be hitting the market.

Google bought Android in 2005. Android is based on Linux, a free software operating system. There are already similar and better free software systems on the market, such as Lineage, which has a version adapted to at least two Huawei models, the P20 Pro and the Honor View 10.

The existence of Lineage operating system is proof that Huawei is not facing a lot of hurdles developing HongMeng – which will be compatible with all Android apps. There would be no problem to adopt Aurora as well. Huawei will certainly open is own app store to compete with Google Play.

The next step for Huawei and other producers is to go for Made in China processing and memory chips, breaking the stranglehold by Intel, Qualcomm, Broadcom, Micron Technology, Western Digital and the British ARM.

And then there’s the Holy Grail: 5G. Huawei founder Ren Zhengfei has repeatedly stressed that what really matters is how advanced Huawei is compared to the competition.

Total tech war is in full effect. Huawei may face a very hard spell ahead. But at the end of a long and winding road there may be a sweet, unbeatable prize; prevailing over Google, Cisco, Microsoft, Qualcomm, and all that with invaluable help from the Trump administration.

0 thoughts on “Say hello to the Russia-China operating system”