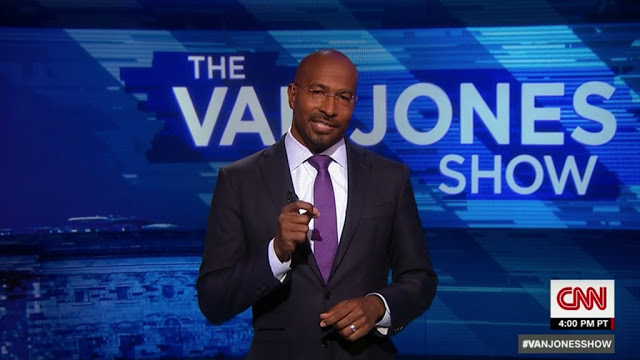 When the National Association of Black Journalists (NABJ) withdrew from a Huawei-sponsored Coronavirus Disease 2019 (Covid-19) webinar – the ethical grounds it allegedly did so on were ill-defined at best.

The NABJ seemed to hint it was actually pressure on it from various other groups to cancel the webinar that spurred the decision and not any concerns the NABJ itself had with Huawei.

Articles like the Washington Examiner’s, “‘Become a distraction’: National Association of Black Journalists cancels webinar sponsored by Huawei,” would report:

Huawei, a Chinese-based telecommunications firm that has been indicted for racketeering and conspiracy to steal trade secrets, was partnering with the NABJ on an event called “The Rise of Misinformation,” which was scheduled for Wednesday afternoon. After receiving pushback for the partnership, the NABJ released a statement on Tuesday announcing the webinar’s cancellation after it had “become a distraction.”

The article would also complain regarding Huawei that:

The Department of Justice has been wary of Huawei and has urged allies not to work with the company, which the United States alleges violated the Racketeer Influenced and Corrupt Organizations Act, or RICO. In its February indictment, the DOJ pointed to the company’s “long-running practice of using fraud and deception to misappropriate sophisticated technology” from U.S. counterparts and revealed new details about Huawei’s deceptive efforts to evade U.S. sanctions when doing business in North Korea and Iran.

Of course – besides being baseless – US accusations against Huawei stem from the fact the Chinese tech-giant is overtaking US corporations – outperforming them technologically and taking over market shares around the globe from once deeply entrenched US monopolies.

Another complaint is Huawei’s alleged violation of illegal sanctions the US has levelled against Iran as part of its attempts to trigger war against Tehran or overthrow the government residing there, triggering yet another endless and destructive – not to mention costly – war in the Middle East.

More confusing was political commentator and CNN contributor Van Jones chiming in – applauding the decision to cancel the webinar and insisting he would not have agreed to participate had he known Huawei was a sponsor.

Jones never explains why Huawei’s sponsorship was a problem.

For a man who works for a news network guilty of lying the American people into serial wars over the past three decades costing the lives of thousands of US soldiers, the lives of millions of innocent people from North Africa to Central Asia, and squandering trillions of  US tax dollars – political motivations rather than any sort of “ethical” concern likely spurred Jones’ stance.

Ultimately what the cancelled panel proves is that rather than actually discussing Covid-19 and the impact Washington’s mismanagement of it is having on communities around the United States – attention has been redirected to a “common enemy” overseas – with white and black Americans uniting in scapegoating China for their collective woes. It is something that can only be described as decidedly “un-woke.”

A nation with this sort of mindset – or at least a nation with media conglomerates promoting such a mindset – is a nation mired in the murkiest of swamps. The irony of US President Donald Trump promising to “drain the swamps” of US special interests only to see them at their thickest, deepest, and boggiest amid the Covid-19 outbreak speaks volumes as to why Huawei may have seen it necessary to support an event combating disinformation within the US and why it was ultimately cancelled.

Of course, foreign sponsors involving themselves in the internal affairs of any other given nation is problematic. But that was not the concern expressed regarding Huawei – nor is it a concern mentioned by people like Van Jones or CNN when the US likewise meddles abroad in a similar or much more intrusive manner.

As many others have pointed out and as is becoming increasingly self-evident – Covid-19 isn’t breaking America – America is already broken. Covid-19 is simply amplifying and accelerating problems long rotting the foundation of American society. Those like Van Jones and CNN are committed to maintaining a status quo allowing this rot to continue and organizations like the NABJ find themselves subjected to irresistible pressure to likewise ignore the rot and focus attention elsewhere.

The NABJ’s decision, the agenda of those that pressured it to make that decision, and Van Jones’ dishonesty will neither address the damage Covid-19 hysteria is having across America nor do anything at all to address the reality that China is overtaking the US economically and upon the global stage.

Finally, the “woke” movement in the US appears to be little more than another brand of mainstream corporate propaganda, simply repackaged to appeal to yet another target market. In this example, we see the “woke” movement dovetailing in with mainstream anti-Chinese sentiment based entirely preserving US hegemony and attacking anything at all that threatens it.

0 thoughts on “US “Woke” Community Wages Pointless War Against Huawei”