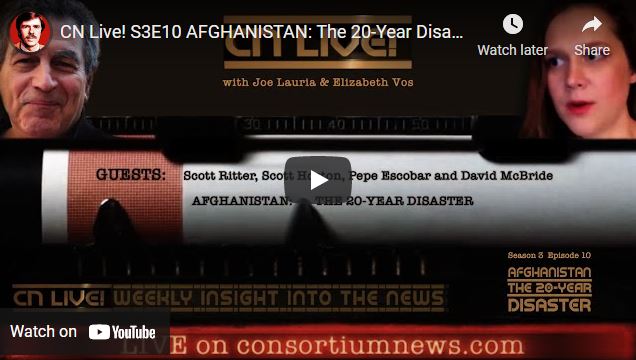 The 20-year U.S. occupation of Afghanistan is over. Joining CN Live! to discuss why it started, why it went wrong and how it ended were Scott Horton, radio host and author of Fool’s Errand: Time to End the War in Afghanistan (2017); Asia Times correspondent Pepe Escobar; former UN weapons inspector and U.S. Marines counterintelligence officer Scott Ritter and David McBride, an Australian military lawyer who served in Afghanistan and blew the whistle on war crimes there.

Join your hosts Elizabeth Vos and Joe Lauria on Friday at 9 am Eastern. Produced by Cathy Vogan.

Cascading US and EU Imperial Visions

0 thoughts on “AFGHANISTAN: The 20-Year Disaster”