Cascading US and EU Imperial Visions 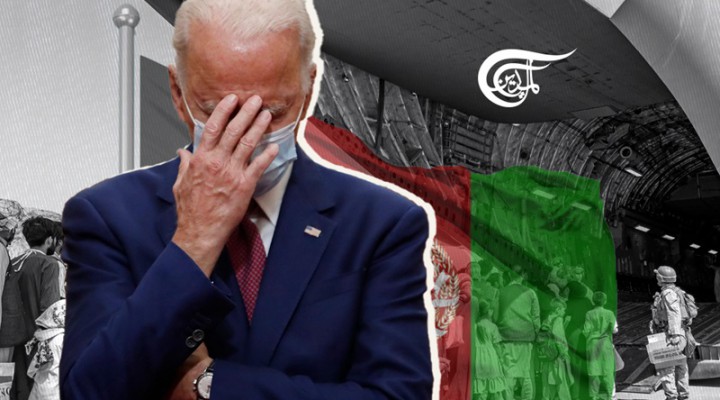 America is suffering a profound psychological reaction to its humiliation in Kabul.

Clearly, the principal casualty of the Taliban’s lightning takeover of Afghanistan, plus the associated debacle of a dysfunctional western withdrawal, has been the collapse of the grand vision of the US winning the ‘battle for the future’ and leading a world in which it writes the rules, and polices it, too.

Its’ sudden total implosion is causing mayhem in an unprepared America. Dog is eating dog, with those in the MSM who celebrated most avidly Biden’s inauguration, now leading the attack on him. The media and most of DC has turned on Biden in a complete 180 degree shift — and when you see ‘that’ in a controlled media narrative, it speaks to a major power-struggle unfolding behind the scenes. Biden is being set up – fairly, or not – to take the blame for the US implosion in Afghanistan, with his approval rated already at 41%.

Were it to hit 35% (should, for example, the chaotic withdrawal leave American citizens behind, abandoned, and thus effectively Taliban hostages), Biden likely would neither possess the mental fortitude to cope with the storm that would ensue, nor be able to summon the energy for fight-back. (According to law, Kamala Harris would be next in line, or failing her, Nancy Pelosi would succeed to office. But it seems unlikely – at this stage – that the Establishment would wish to exchange Biden for either of these two).

At the same time, there is ‘insurrection’ occurring within the US military against the Defence Secretary and the Chief of Staff, Gen. Milley, from mid-ranking and retired officers. And infighting within the Democratic Party is escalating. Crises are accumulating: inflation; a sudden drop in consumer spending and confidence; together with a spike in the Delta variant — all have led to a pronounced tilt towards pessimism amongst the American public.

America is suffering a profound psychological reaction to its humiliation in Kabul. America’s ‘Grand Vision’ of itself however was always ephemeral, premised, as it was, on a set of impermanent and atypical conditions that had come about, post-WW2.  Yet, the original ‘pathologies’ persisted, and solidified: US ‘Global Leadership’, though birthed as a myth that was useful for political ends, metamorphosed into rigid dogma.

More ominously yet, this dogma then birthed the neurotic belief that any end to American hegemony would mean the return of dark, Manichaean forces. This quasi-religious conviction evolved, and has become so entrenched that it today constrains America’s ability to negotiate reality. Americans have come to believe fervently in their own ‘useful narrative’: i.e. that victory is predestined; and that victory arrives precisely because of ‘the vision’s innate moral virtue’ — as if the Cold War was won only through holding tight to this creed of moral virtuosity.

The gravity of the present psychological ‘moment’ was well articulated – when Robert Kagan ‘nailed’ its inbuilt contradiction: Absent the justifying myth around which to organise the empire (now that democracy-export and nation-building are both discredited), the moral logic of the entire enterprise begins to fall apart. Kagan argued that the ‘global values’ project, furthermore, is essential to preserving ‘democracy’ at home:  For an America that retreats from global hegemony would no longer possess the societal cohesiveness to preserve America as idea, at home either.

Kagan pin-points America’s trauma: that America as idea – already contending with powerful bodies of opinion that regard their own civilisation as a uniquely pernicious force – will face the dark prospect of ‘democracy at home’ too, becoming a focus of partisan contention – upon its defeat in the battle for the global vision of the future.

The point, however, is that America’s trauma is Europe’s trauma too. Robert Cooper, attached to the EU Council, defined the European ‘vision’ as the new liberal imperialism.  His essential point was that the EU would depend on ‘soft power’ to shape its imperium (eschewing hard military power), yet this EU soft power project would always be contingent on the US having ‘the EU’s back’ i.e. that the US armed forces were always there, to jump in when the EU was in difficulty.

The European trauma was first experienced as a shock when Trump described the EU, in many ways, as being worse than China, only smaller. It represented the first inkling that perhaps America did not have the EU’s back.  But then Biden arrived with the ‘America is back’ and ‘Presidents’ Von der Leyen and Morel simpered and whispered their pleasure.

Imagine the distress and pain across Europe, when not only did Biden unceremoniously dump the global leadership meme in Afghanistan, but Washington did not even warn the Europeans first.  This is the EU trauma.  Biden has collapsed the Euro liberal imperial vision – at a stroke – too.

0 thoughts on “Cascading US and EU Imperial Visions”