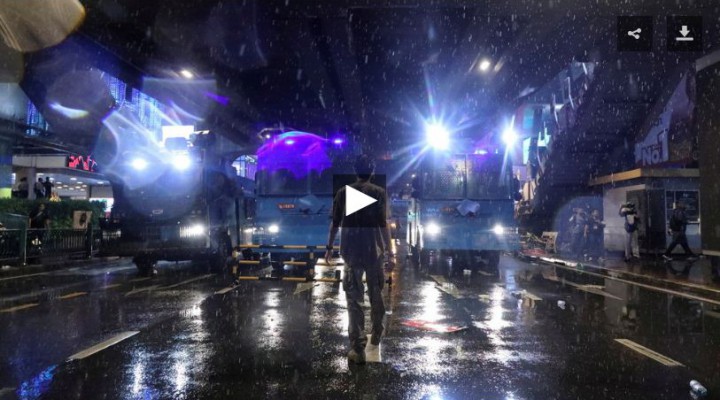 What is the state of the union in the United Kingdom today? With Scotland and Wales going their own way in dealing with the pandemic and now, mayors from major metropolitan areas set to follow their own path too, the union is looking decidedly shaky. On top of this, Boris Johnson is dealing with the looming Brexit deadline. It is a difficult time for any prime minister but particularly one recovering from coronavirus; this political period is not an era one would choose to govern. So, will Boris Johnson survive? Whispers in the corridors suggest that there is a growing number of Conservatives who would like to see him replaced. The Tories have a right to rule but Boris Johnson does not necessarily have a mandate to lead, so we garnered the thoughts of former Conservative MP, Steve Norris, who gave us his take on what is happening within his party.

There has been tremendous upheaval in Thailand this week. Huge demonstrations and clashes with police and security forces; the country is now under a severe state of emergency with gatherings of five people or more banned but still the student protests continue. What are they asking for? Even though Thailand has been successful in controlling the coronavirus with only 59 recorded deaths, the country is hermetically sealed. The consequences of this success, however, is the near-total destruction of the economy and a 20 percent loss of GDP overnight. With no foreign travel and now political upheaval, the people are calling for the resignation of the prime minister. But set to have an even greater impact is the “illegal” criticism of the monarchy. So, we invited the epitome of a Renaissance man, Pepe Escobar, geopolitical analyst at the Asia Times, to talk about Thailand, China, Afghanistan and much, much more.

0 thoughts on “A divided kingdom and Thai protests (E354)”