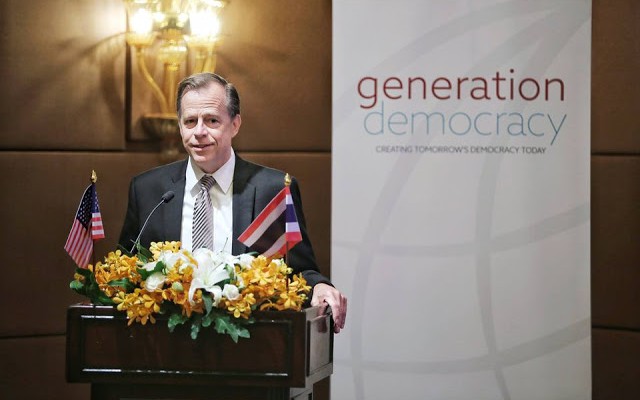 US repeats “soft power” strategy targeting youths used to destroy North Africa and the Middle East amid the “Arab Spring” in 2011 to target China-friendly nations in Asia today.

Imagine the reaction if the Russian government funded programs and events for years inside the US to create youth groups indoctrinated in support of Moscow’s interests – particularly in regards to voting in US elections and the shaping of the US government itself.

It would be considered up to and including an act of war, with Russian-funded organizations in the US dismantled, those involved jailed for sedition and even treason, and heavy penalties leveled against Russia directly.

Yet the United States itself has been engaged in these very activities for years – directly interfering in the internal political affairs of targeted nations around the globe. 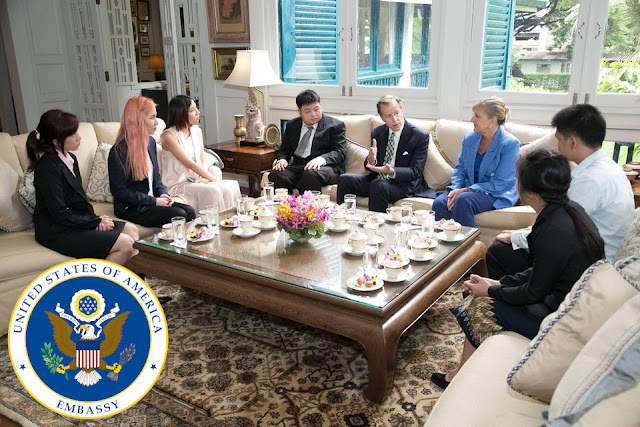 “Youth” groups directly invovled in current protests across Asia – from Hong Kong to Thailand – propped up by US government money are the result of years of US efforts to recruit, indoctrinate, and turn the region’s youth against incumbent governments – especially those with close ties to China.

The Western media and their Thai partners have helped build up the “youth” brand of recent anti-government protests in Thailand.

Despite Thailand’s billionaire-led opposition and the US government itself being behind virtually every aspect of the current protests – they are still described as “youth-led,” “self-organized,” “organic,” and “spontaneous.” 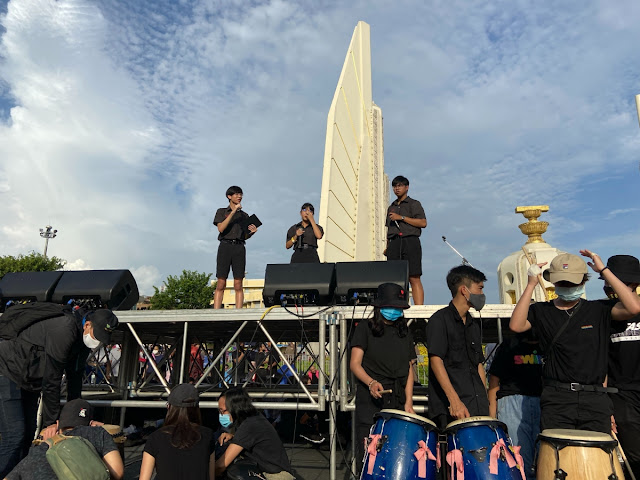 Of course, with major rallies – including one supposedly organized by secondary school children – featuring expensive stages, professionally printed banners, ribbons, flags, and clothing, promoted by US government-funded media platforms across US-based social media platforms, and serving the interests of opposition parties led by aging billionaires – there is obviously nothing youthful, self-organized, organic, or spontaneous about any of them.

But where did this “youth” brand come from?

One of the Thai “youth” leaders – Parit “Penguin” Chiwarak – visiting the US Embassy in 2016 provides a clue. 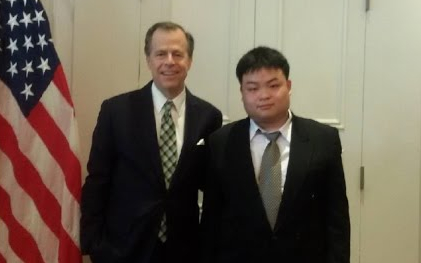 In fact, Parit “Penguin” Chiwarak’s visit was just part of a much wider strategy by the US government to manipulate and leverage not only Thailand’s youth, but young people across all of Southeast Asia to create a pro-Western political bloc to weild against a rising China and its allies in the region.

US “Pivot to Asia’s” Failure Led to Using, Abusing, Hiding Behind Region’s Youth

It was part of the US “Pivot to Asia” which began in 2011 with then US Secretary of State Hillary Clinton’s article in Foreign Policy Magazine titled, “America’s Pacific Century” – a manifesto declaring America’s desire to establish hegemony over Asia.

The future of politics will be decided in Asia, not Afghanistan or Iraq, and the United States will be right at the center of the action.

Of course, the United States isn’t located in Asia.

An entire ocean stands between the continents of North America and Asia. Asia’s affairs are no more America’s business than America’s business is Asia’s. For the US to be “right at the center of the action” is a declaration of intent to impose American interests onto the region at the expense of Asia’s collective sovereignty.

Clinton herself references Afghanistan and Iraq – located in another region the US was “at the center of the action” in – and a region America’s interference including multiple wars of aggression has left utterly devastated by war, infighting, terrorism, economic collapse, and several of the worst humanitarian crises of the 21st century.

While Clinton pretended to advocate working with China in her article, she also made sure to promote Washington’s growing investments in confrontations with Beijing. This includes in the South China Sea where the US poses as self-appointed arbiter in territorial claims. It also includes the US State Department’s “Lower Mekong Initiative” in which the US seeks to create tensions between China and Southeast Asia over the use of the Mekong River which flows through the region.

Clinton also admitted to America’s growing military presence in the region while attempting to deny its purpose was to “constrain China’s growth.” But of course it was for decades and still is Washington’s primary foreign policy objective in Asia to encircle and contain China’s growth – a fact now all but entirely admitted by the US government.

America’s “Pivot to Asia” began with attempts to bend regional governments into partnerships with Washington against China.

This categorically failed with even the Philippines at one point disregarding an “international” court case the US funded and fought for on its behalf against China – deciding instead to resolve its dispute with Beijing bilaterally itself.

Other nations that had once maintained relatively close ties to the US – including Thailand – had already begun a pivot of their own – toward Beijing.

With the possibility of persuading existing governments to do Washington’s bidding all but extinguished – efforts began to leverage US “soft power” as a means of coercing or even replacing uncooperative governments. This included ongoing efforts to build up opposition parties but also to augment them with the region’s “youth.”

This manifested itself in several ways through a series of programs, events, and through huge amounts of funding via the US State Department itself as well as through the US’ notorious regime change arm, the National Endowment for Democracy. 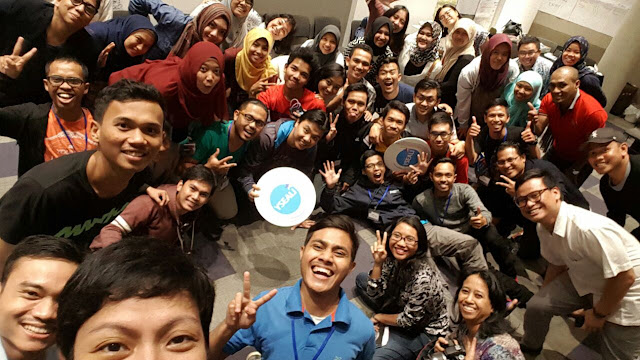 One program created in 2013 called “Young Southeast Asian Leaders Initiative” (YSEALI) sought to indoctrinate a cadre of local youths from across ASEAN – including through trips to the United States itself and “seeding” money provided to start activist groups upon returning home.

Through a variety of programs and engagements, including U.S. educational and cultural exchanges, regional exchanges, and seed funding, YSEALI seeks to build the leadership capabilities of youth in the region, strengthen ties between the United States and Southeast Asia, and nurture an ASEAN community.

In case one cannot spot what’s wrong with YSEALI’s mission statement, simply imagine a Russian-funded program operating in the US, Canada, and Mexico “building the leadership capabilities of youth” in North America.

Another program is called “Generation Democracy” funded by the US NED and its subsidiary, the International Republican Institute (IRI). 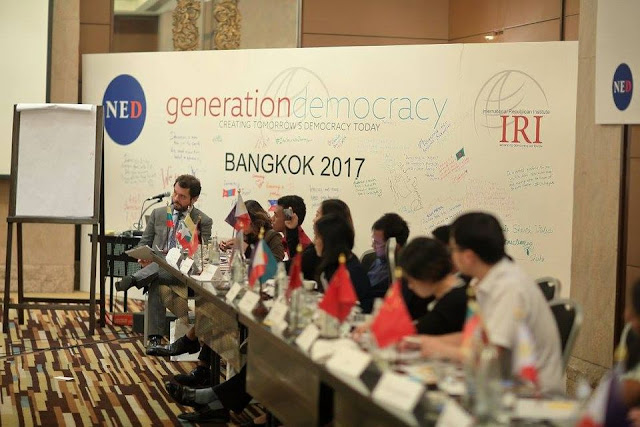 Launched in Bangkok in 2017 by US Ambassador to Thailand Glyn Davies – a US National War College graduate who specialized in “non-military instruments in persuasive, inducement, and coercive strategies” – it sought to – according to its own website (emphasis added):

“Young people in Asia are looking to build a vibrant future that is citizen-centered and hopeful,” said IRI President Ambassador Mark Green. “Through Generation Democracy, we look forward to working with them to make this vision a reality.”

Again, imagine a Russian-funded program aimed at helping selected youth build America’s future. By doing so, one can easily see how the activities of YSEALI and Generation Democracy – when looking past its superficial platitudes – constitutes blatant political interference in violation of international law and norms – law and norms the US itself would never allow to be infringed upon in protecting its own internal political affairs.

An example of how these programs are involved in shaping the decisions of young voters in Southeast Asia and in Thailand specifically – was Generation Democracy’s 2019 workshop held at Thammasat University called, “Get out the Vote (GOTV) Ideathon.”

The US IRI’s own website in a post titled, “Thailand: Young People Refuse To Be Silenced In This Historic Election Year,” directly reflects Thai opposition talking points depicting the current pro-Beijing government in Thailand as “authoritarian” and the “youth’s” desire to replace it with “democracy” according to Washington D.C.

This weekend, Thais will go to the polls for their first general election in eight years. Since 2014, Thailand has been under a military led government, creating an environment where civic and political participation is severely limited.

Nothing is mentioned about what happened in 2014 or the fact that the military-led government had ousted the previous government – headed by billionaire fugitive Thaksin Shinawatra and his sister Yingluck Shinawatra – which was in the process of robbing nearly a million rice farmers and killing protesters in the streets.

By the time the military intervened, over 20 people including women and children had died in nearly daily attacks on protests sites. It is no coincidence that both the US government and the Thai opposition it sponsors omit this crucial context.

IRI’s tone is identical to the current Thai opposition’s because the US government directly backs and has deliberately shaped the opposition’s agenda in Thailand.

In addition to laying the groundwork over the last several years to recruit and leverage Thailand’s youth – the US government through the NED is funding virtually every aspect of Thailand’s current so-called “student protests” – everything from forming the protest’s leadership, to organizing petitions to rewrite Thailand’s constitution, to promoting the protests across the media, to even filling up the protests with people. 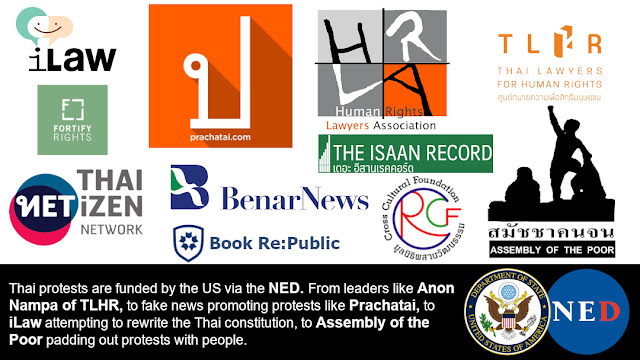 The ultimate and stated goal of the protesters themselves is regime change and the rewriting of Thailand’s constitution.

It is a process that has repeated itself all over the world and over many years.

The New York Times article, “U.S. Groups Helped Nurture Arab Uprisings,” revealed how these same groups now working to shape Thailand’s opposition and the nation’s youth today were behind the so-called “Arab Spring” in 2011 – previously claimed to have been “self-organized” by regional youths.

Facebook, Google, YouTube, MTV, Howcast, Columbia Law School, the U.S. Department of State and Access 360 Media are bringing leaders of 17 pioneering organizations from 15 countries together with technology experts next month in New York for the first-ever conclave to empower youth against violence and oppression through the use of the latest online tools.

These young leaders will form a new group, the Alliance of Youth Movements, which will produce a field manual for youth empowerment.

Comparing the lies told then about US political interference under the guise of fostering democracy in the Arab World and the US-led regime change wars these lies served as a smokescreen for from 2011 onward provides a stark warning for similar US efforts to build up “youth” movements in Asia. 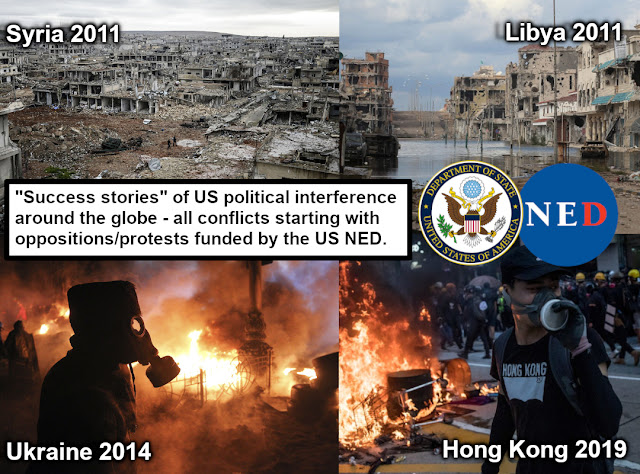 The groups involved and their initial protests merely served as cover for what eventually turned into an open and violent campaign of US-led regime change wars destroying Libya entirely and nearly destroying Syria.

The US-engineered “Arab Spring” also left Yemen mired in an unending war the UN itself has called “the world’s worst humanitarian crisis.”

North Africa and the Middle East’s fate – and more recently the violence and destruction in Hong Kong, China – helps reveal what the US is really promoting and driving toward in Thailand.

If the US cannot oust the current Beijing-friendly Thai government and replace it with a client regime that will roll back Thai-Chinese relations – it will settle for simply plunging Thailand into social, political, and economic chaos – thus denying China and the rest of Asia Thailand as a potential economic and military ally.

0 thoughts on “Thailand’s “Youth Protests” Made in USA”