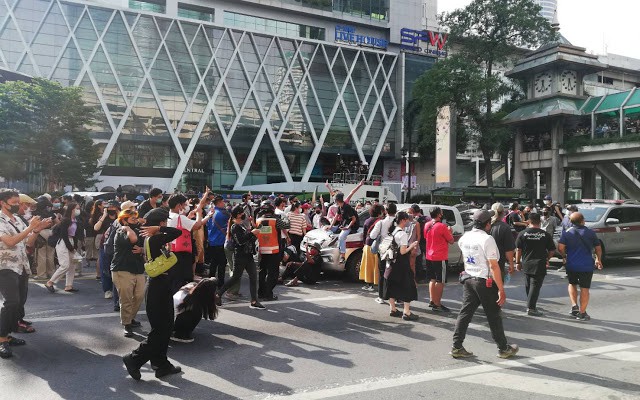 The remnants of the billionaire-led opposition’s US-funded street front has targeted Bangkok’s central commercial district prompting businesses to close early and putting additional pressure on an already strained economy in the wake of the COVID-19 crisis.

The mob aims to create maximum disruption for the nation to compensate for its growing lack of public support. It is unclear how Thai security forces will react to the mob now blocking one of Bangkok’s busiest intersections and shuttering one of its most important commercial areas tens of thousands depend on for their daily livelihood.

The Western corporate media and US-funded fronts supporting the protesters continue inflating protester numbers and encouraging their continued belligerence and disruption of daily life in the capital.

Seemingly lost on the protesters who are growing increasingly frustrated by failed protests, ineffective boycotts, and lost elections is the fact that their continued insistence on pushing their unpopular agenda on the majority of the population is only turning more of the public against them.  This is not unlike the failure of US-funded agitators in Hong Kong, China. 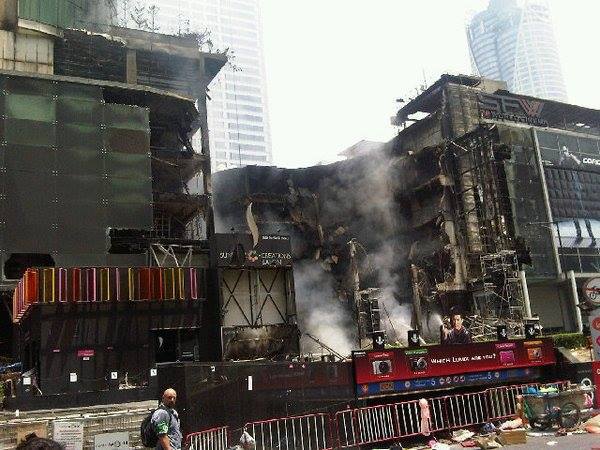 This same intersection was occupied by these same groups of protesters in 2010 when they employed heavily armed militants triggering violence that led to nearly 100 deaths and arson destroying many of the businesses in the area. This fact is un-mentioned by the Western media attempting to portray the Thai government’s security concerns as “unwarranted.”