HOME / Multimedia / Cancel Culture and Polarization in the Age of COVID: How To Agree To Disagree

Cancel Culture and Polarization in the Age of COVID: How To Agree To Disagree 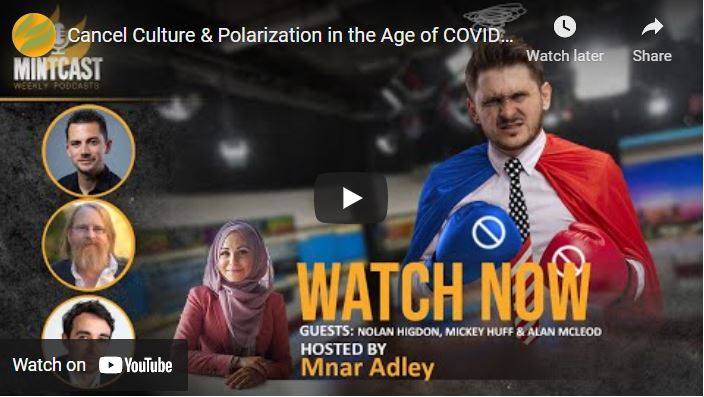 In times of increased conflict and controversy, this conversation about how to empathize with opponents and attempt to genuinely bring them round to your positions is more necessary than ever.

It is becoming increasingly hard, it seems, to have civil conversations. In an increasingly polarized political climate, families and friendships are being ruined by intense disagreements. According to a CBS News/YouGov poll, the majority of Americans now believe that their political adversaries pose the greatest threat to democracy and way of life. Many now dread family occasions like Thanksgiving and Christmas because of the awkward or heated political topics that will be discussed at the dinner table.

A number of highly contentious recent topics – from the 2016 election and the rise of Donald Trump, to the COVID-19 pandemic, to the January 6 insurrection and the Russian attack on Ukraine – have split communities and led to intense divisions. Are these issues in themselves inherently divisive, or is it something about the way we communicate in the modern era that is driving these disagreements? Or perhaps the increasing economic polarization is fueling political intolerance?

To discuss the importance of debate, disagreement and critical thinking skills, MintPress News’ Mnar Adley and Alan MacLeod are joined today by Nolan Higdon and Mickey Huff. Nolan is a lecturer at Merrill College and the Education Department at the University of California, Santa Cruz. He is a regulator contributor to outlets such as Truthout and Counterpunch. In 2020, he published the first history of fake news, entitled “The Anatomy of Fake News: A Critical News Literacy Education.”

Mickey is the director of critical media-literacy organization Project Censored and a professor of social science, history and journalism at Diablo Valley College, California. He is also the executive producer and the host of The Project Censored Show, a weekly syndicated public affairs radio program that airs across America. It is also available to all as a podcast.

Together, Nolan and Mickey have written a new book, “Let’s Agree to Disagree: a critical thinking guide to communication, conflict management and critical media literacy.”

Today, the panel discussed the importance of active listening; the need to talk to others, rather than past them; the phenomenon of so-called “cancel culture”; and the right way to go about discussing controversial issues like vaccine mandates.

They also discussed the rise of algorithms and social media, which increasingly trap us in artificial bubbles where we are exposed only to content that we already agree with, reinforcing our own preconceptions. Companies like Facebook and YouTube, of course, are in the business of making money, and long ago realized that controversy sells. More controversy stokes passionate emotions and longer engagement with content, leading to higher revenues for the Silicon Valley giants. However, it is having a profoundly corrosive effect on society.

In times of increased conflict and controversy, this conversation about how to empathize with opponents and attempt to genuinely bring them round to your positions is more necessary than ever.

Cancel Culture and Polarization in the Age of COVID: How To Agree To Disagree

One thought on “Cancel Culture and Polarization in the Age of COVID: How To Agree To Disagree”