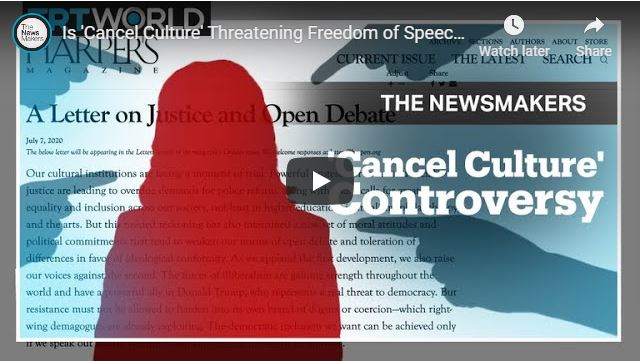 Many public figures are being shamed on social media for expressing their points of view. But now some of America’s most prominent intellectuals are fueling the debate over free speech. In an open letter in Harper’s Magazine, they write of a climate intolerance and of being ostracized for expressing controversial views. So, is the ‘cancel culture’ phenomenon justified? Or does it spell the erosion of public discourse?

0 thoughts on “Is ‘Cancel Culture’ Threatening Freedom of Speech?”