HOME / SOCIAL/CULTURAL / Real Cancel Culture: Notes From The Edge Of The Narrative Matrix 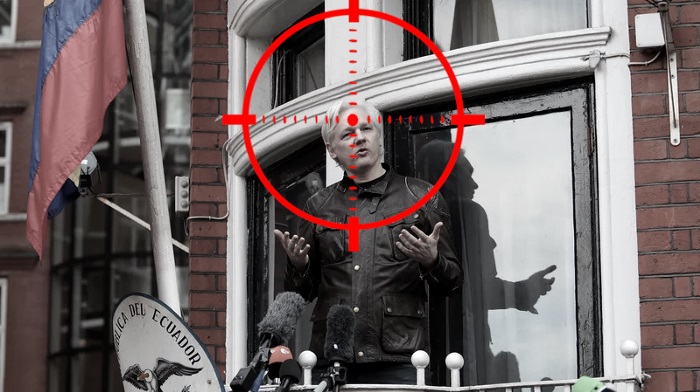 “To protect Taiwan we must be prepared to go to war with China.”

~ Imperialists who just lost a war to the Taliban

I’m genuinely disturbed at how many people would be willing to fight a world war over Taiwan’s governmental preferences. The power and effectiveness of the imperial propaganda machine never ceases to amaze me.

The astonishing amount of pushback I’m getting for my very sane and normal “Let’s not fight World War Three over Taiwan” position makes it abundantly clear that many people don’t truly understand that starting a war means you have to actually send actual human beings to go fight that war.

The correct response to someone who supports going to war if China attacks Taiwan is “Are you enlisted?”

The correct response when they inevitably answer “no” is “Then shut the fuck up.”

People who are fine with the idea of increasing aggressions between nuclear-armed nations simply haven’t thought hard enough about what nuclear war is and haven’t learned enough about the many different ways it could occur. It’s a comfort held in place by compartmentalization.

The decision to go to war with China would be the single most important and consequential decision ever made in human history. You’d have to weigh it against millions to billions of deaths. Defending Taiwan’s preference of government clearly wouldn’t weigh enough to justify that cost.

The empire's greatest weapon is not its military, but its propaganda machine.https://t.co/z9Balij66M

The empire’s greatest weapon is not its military but its propaganda machine. There’s simply never been anything like the global narrative control provided by the western news media, Silicon Valley, and Hollywood. The military fights wars, the propaganda machine wins them long before they start.

A lucid and well-informed examination of the world’s problems will keep bringing you back to this one fundamental issue: that Earth’s inhabitants are being psychologically manipulated at mass scale into organizing themselves in ways that serve the powerful instead of the people.

Congratulations to those who were awarded the same highly esteemed Peace Prize as Barack Obama and Henry Kissinger.

Conduct critical journalism on an empire-targeted government: get a Nobel Peace Prize.

Conduct critical journalism on the empire: get a CIA plot to assassinate you.

Real cancel culture is when the CIA plots to assassinate a journalist for publishing authentic documents in the public interest.

What? Isn't that how all whistleblowers are treated? https://t.co/1jsqcLwhIr

It’s very cute how we all think that everyone else is gullible except for us. Even assuming that is true is already very gullible.

Humans are not inherently fucked up, we’re just traumatized and manipulated by an abusive system into doing fucked up things. Very few of the ugly behaviors we see in people would exist if we had conscious and compassionate systems in place for organizing ourselves in this world.

Everyone gets that it’s wrong to blame an entire group on the misdeeds of a few of its members, but few people seem to apply that same logic to humanity as a whole. All our systems are dominated by the worst among us, simply because they’re sociopathic enough to climb to the top.

Really it just boils down to the fact that the majority don’t understand how sociopaths’ minds work or how to counter them, and that the trauma of preceding generations keeps giving rise to sociopaths. I think the initial trauma stretches back to our evolutionary ancestors who literally spent their lives running from giant monsters who were trying to eat them. Our nervous systems still operate that way today, even though those monsters are long gone.

If we could just catch a break for one or two generations to heal that trauma, I think we’d be fine. But we keep passing our trauma on to new generations because the worst among us keep thwarting everyone’s attempts to set up conscious systems.

To compensate for the fact that it won’t ever give the left any economic concessions the empire has been loudly amplifying some concessions on racial and sexual justice, so now even though nothing really changed you still get rightists saying politics moved “too far to the left”. This gives the propagandists a couple of different tools: it keeps discourse tied up on issues that will never hurt the agendas of any plutocrat or warmonger, and feeds into the culture war dynamics which facilitate us-vs-them propaganda tactics.

0 thoughts on “Real Cancel Culture: Notes From The Edge Of The Narrative Matrix”