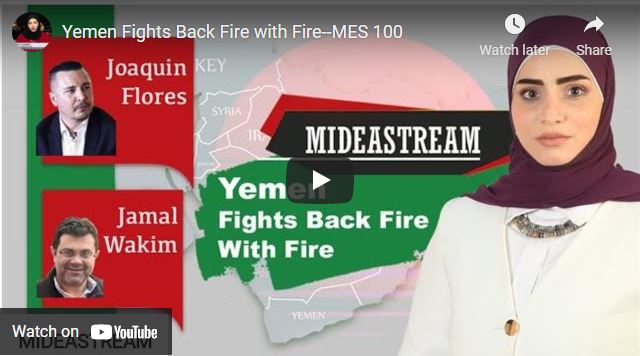 To discuss this issue with us from Belgrade is Joaquin Flores, editor at Fort Russ news website.

Meanwhile in Egypt, Since it was completed in 1869, the Suez Canal has been one of the world’s most important bodies of water; a portal between East and West that has been controlled by multiple countries, threatened to ignite war, and become a bedrock of the global economy. But the mammoth container ship that has lodged itself across the waterway poses a very modern problem: About a tenth of global trade passes through the Suez Canal, this allowed Israel to bring back plans to dig up its own Canal in the occupied Naqab desert.

To discuss this issue with us from Beirut is Dr. Jamal Wakim academic and political analyst.

0 thoughts on “Yemen Fights Back Fire with Fire–MES 100”