HOME / WORLD / What does UAE stand to gain from peace with Israel? 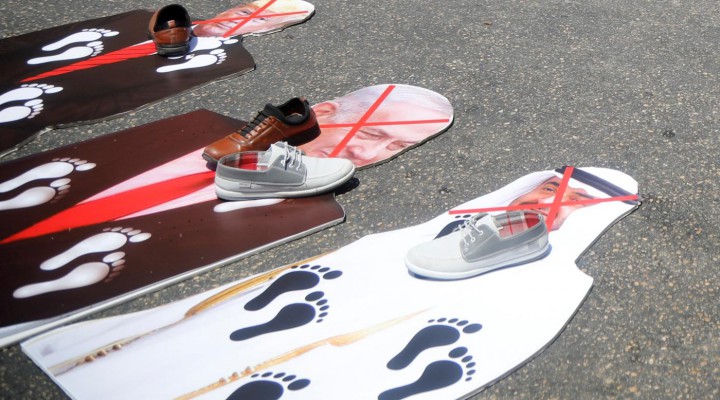 Abu Dhabi’s Crown Prince Mohammed bin Zayed (also known as MbZ) is perhaps one of the most powerful rulers in the Middle East.

While it is true that most of his regional “initiatives” have not been fully successful, he, nonetheless, remains committed to “saving” the Arab world from two existential threats: Iran and its Axis of Resistance, and the older and more important branch of political Islam, the Muslim Brotherhood.

MbZ’s list of “achievements” is long: supporting the military coup against Egyptian President Mohammed Morsi in 2013; the attempted coup against Turkey’s President Recep Tayyip Erdogan in 2015; the military campaign against the Houthis in Yemen; the blockade against Qatar in 2017; the support for General Khalifa Haftar in Eastern Libya; the military and intelligence connections with Israel; and the support for the US’s maximum pressure policy against Iran. These are all part of MbZ’s grand strategy.

In Mohammed bin Zayed’s worldview, Iran and Turkey are two sides of the same coin; the masterminds of the so-called Shia and Sunni extremisms respectively. Ironically, after being bombarded by a UAE-funded political and media campaign amplifying the Iranian threat, now both Israel and the UAE consider the Turkey/Brotherhood connection as the main threat.

Abu Dhabi’s crown prince – so far – has been the mastermind behind such a containment policy. To implement it, MbZ has enrolled important “operatives”, including Saudi Arabia’s Crown Prince Mohammed bin Salman (known as MbS), and the US President’s son-in-law and Special Adviser, Jared Kushner.

Such smart talent scouting has allowed Mohammed bin Zayed’s agenda to be reinforced by good cooperation from both the US administration and the Saudi ruling family.

Unfortunately, MbS, due to reckless actions such as the killing of Saudi journalist Jamal Khashoggi, the arrest and detention of  former Lebanese Prime Minister Saad Hariri and his war on Yemen, is more complex to handle, let alone to sell as a partner to western democracies.

However, the Saudi crown prince has once again proven right the old Latin slogan pecunia non olet (money does not stink). Therefore, he remains the best option MbZ can count on inside the Al Saud court.

The succession of the ailing King Salman is on top of the agenda for both MbS and MbZ. The sooner it takes place, the better; ideally before the next US presidential election. Should the Democrats’ presidential candidate Joe Biden get elected, a lot of friends and admirers of the former Saudi Crown Prince, Mohammed bin Nayef, may assume important positions in the new Democratic administration.

On 13 August, MbZ’s bold strategy went a step further. A tripartite statement by the US, the UAE and Israel announced a peace deal between the two countries, who, incidentally, have never been at war.

The US can now proudly claim that a third Arab country, after Egypt in 1979 and Jordan in 1994, has officially established diplomatic relations with Israel. Donald J Trump, engaged in the most polarised electoral campaign in American history, may easily boost his diplomatic credentials and aspire to enter, together with Jimmy Carter and Bill Clinton, in the quite exclusive pantheon of the American presidents who have contributed to peace in the Middle East.

But we will know in roughly two months if this would help Trump’s re-election chances, especially among Evangelical Christian voters.

On the other hand, Israeli Prime Minister Benjamin Netanyahu, under investigation by the judiciary and under siege in his own residence by thousands of protesters, may conversely claim to have the full right to join the Israeli legendary Premiers like Menachem Begin and Yitzhak Rabin having further ended Arab hostility towards Israel.

Netanyahu hopes this achievement, when the umpteenth legislative elections will come, may settle the political and constitutional paralysis that is afflicting Israel in his favour. The situation is so absurd that both Foreign Minister Gabi Ashkenazi and Defence Minister Benny Gantz were kept in the dark about the deal with the UAE.

Luckily, MbZ has no election concerns to worry about, however, so far, his reward has been more elusive.

Of course, nobody really believes, as claimed by the same tripartite statement that Netanyahu will effectively suspend his West Bank’s annexation plans. The land grabbing will continue de facto, as it did in the last 30 years of the so-called US-managed Middle East Peace Process. Its de jure formalisation can wait.

On Monday, barely two weeks after Trump proudly announced the peace deal, UAE, according to an axios report, cancelled a meeting with Israeli and American officials to formalise normalisation, due to Netanyahu’s opposition to the US selling Lockheed Martin F-35 fighter jets to Abu Dhabi.

On 19 August, the New York Times shed light on UAE’s benefit from signing the peace deal with Israel, mentioning the White House’s intention to sell the US’s most advanced jet fighter, the F35, and some armed drones (Predator and Reaper) that were previously denied to the Gulf sheikhdom.

Nothing new. The UAE’s request to buy such equipments has been pending in Washington for years. Of course, the resurfacing of such a request has raised quite a few eyebrows not only inside the Beltway but also within Israeli circles.

According to a senior Emirati official, the UAE has a legitimate request to acquire the F-35 fighter jet and its agreement to normalise ties with Israel should remove “any hurdle” for the United States to proceed with the sale. However, a firm policy has been in place in Washington and Tel Aviv for decades to maintain Israel’s military edge in the region, even towards the Arab countries which signed a peace deal.

The problems is that Abu Dhabi’s crown prince wants the Jet fighters deal to be his reward for making out with Israel while Netanyahu has to explain how his favourite kind of deal, the”peace for peace”, may in reality be a “peace for something”.

In formally opening up to Israel, MbZ has definitely showed courage in disregarding the fundamental Arab paradigm for peace in the Middle East. Normal relations with Israel should follow – and not precede – the settlement of the Palestinian question, as solemnly reaffirmed by the 2002 Arab Peace Initiative.

Abu Dhabi’s crown prince may then be surprised, or disappointed, to discover that his bold gesture is not enough to buy the Israeli trust. Israel is certainly pleased if Arab countries change their attitudes but not in return for US advanced weaponry.

Undoubtedly, at the bilateral level, Israel and the UAE will significantly benefit from the diplomatic opening. As for Iran, it may no longer view the UAE as a political rival but rather as a logistical base for Israeli operations against it.

After the killing of Qassem Soleimani by a US air strike last January, Iran declared the UAE specifically as a target for attacks against US military assets. What tipped Tehran was intelligence information that US aircrafts had taken off from UAE bases after or during Iran’s retaliatory rocket strike on US bases in Iraq.

Those aircrafts were linked to the jamming of signals which is now widely believed to have resulted in the downing of the Ukrainian airliner.

It would be wise, then, when in drafting its shopping list of arms from Washington, that the UAE may add a quite effective air defence system, possibly better than the one deployed around Saudi oil facilities one year ago.

0 thoughts on “What does UAE stand to gain from peace with Israel?”