HOME / WORLD / Palestinians only pawns in UAE-Israel deal, shared enmity towards Iran is the REAL move 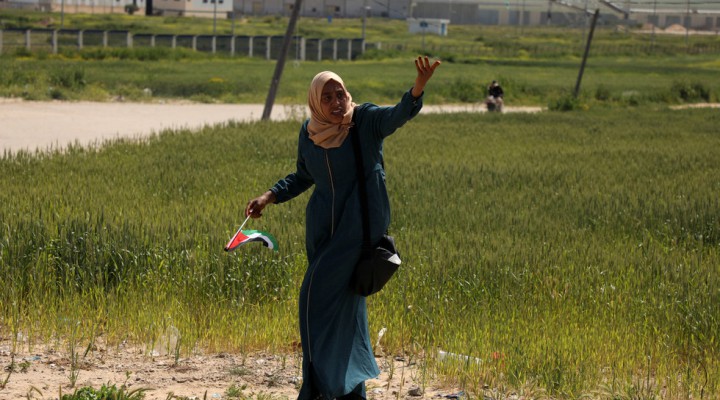 The “historic” agreement for normalization of ties between the United Arab Emirates and Israel is being presented as a noble effort by the Gulf Arab states to fend off further annexation of Palestinian land.

That facade was quickly eroded when Israeli premier Benjamin Netanyahu said his annexation plans were only “on hold” and not derailed, as the UAE had claimed in announcing the purported accord mediated this week by the Trump administration.

The terse Palestinian reaction to the supposed deal got it right. It was “a stab in the back.” Iran and Turkey also denounced it as a sell-out of Palestinian rights by the UAE.

So the claim by the Emiratis that the normalization of ties was motivated by a principled upholding of Palestinian territorial rights in the face of another Israeli land grab in the West Bank does not pass muster.

The Arab rulers have long been accused of neglecting the Palestinian cause and being all too willing to align with Washington and Israel based on a shared enmity towards Iran. The Sunni autocratic oil fiefdoms of the Persian Gulf are paranoid about their shaky regimes being toppled from alleged subversive Iranian influence in the region. This shared hostility towards Tehran has long surpassed “brotherly Arab solidarity” with Palestinians.

What’s going on here are moves by Washington and its regional allies to kill off the UN-backed 2015 international nuclear accord with Iran and other world powers. The death knell for that deal, also known as Joint Comprehensive Plan of Action (JCPOA), would be an extension of the international arms embargo on Iran which is due to expire in October as part of the accord. Washington and its Gulf Arab allies are lobbying the UN Security Council members intensively to extend the arms embargo.

Russia and China are opposed to any such ban extension, arguing that its termination is an essential part of the nuclear deal. The European members of the Security Council and other non-permanent members of the council appear to be more ambivalent.

By gaining kudos for its ostensibly historic normalization of ties with Israel in the alleged interest of furthering Palestinian rights, the UAE can lobby all the more strongly for the arms embargo on Iran. Other Gulf states are anticipated to follow the UAE’s “groundbreaking” gesture of goodwill towards Israel. It would have been too much for Saudi Arabia – the strongest Gulf state – to have taken the lead on such a sensitive matter for Arab nations. But with the UAE breaking the ice, the other Gulf states will follow suit.

The point is that Palestinian rights have little to do with the supposed diplomatic rush for peace with Israel. Netanyahu’s cynical wordplay about pausing annexation is proof of that. It’s all about the Gulf regimes gaining a PR boost and some badly needed gravitas in order to enhance their lobbying efforts to kill off the Iran deal which they were infuriated by when the Obama administration negotiated it.

President Trump’s contempt for the nuclear accord has been music to the ears of the Arab states, but his attempts to bury it entirely have failed to gain traction internationally. By getting the oil-rich Gulf sheikhdoms to step up lobbying efforts at the UN for extending the arms embargo on Iran will, it is calculated, give Washington more leverage to finally torpedo the JCPOA.

However, a veto by Russia or China will put paid to those machinations. Which means that the latest “breakthrough” in mending Arab-Israeli relations will amount to nothing in terms of advancing Palestinian rights. We can be sure of that because the advancement of such rights has nothing to do with the diplomatic gambit. It’s all about Iran. Indeed, the Palestinian cause may be further beleaguered because the division engendered among Arab and Muslim nations will diminish a unified voice in support of Palestinians.

Amid the cheesy fanfare this week, we were informed that the UAE’s detente with Israel represented the third Arab country to make such a normalization, following Egypt in 1979 and Jordan in 1994. Those two developments did nothing to advance Palestinian aspirations for statehood. Neither will the latest one.

0 thoughts on “Palestinians only pawns in UAE-Israel deal, shared enmity towards Iran is the REAL move”