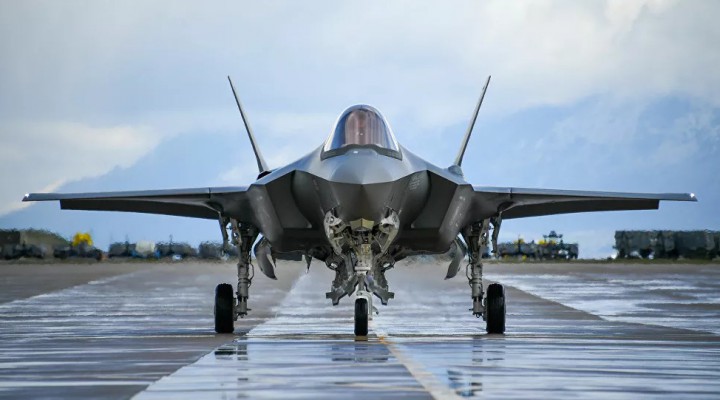 No sooner had the news broken of a “historic” peace accord between the United Arab Emirates and Israel, then came reports of the Arab country’s purchase of the American F-35 stealth combat jet.

The UAE foreign minister Anwar Gargash told reporters last week that the oil-rich Gulf state had now earned the right to buy the F-35 because it was at peace with Israel. “We have legitimate requests… We ought to get them… the whole idea of a state of belligerency or war with Israel no longer exists,” said Gargash.

Plans for the purchase were also confirmed by US President Donald Trump who said the UAE was seeking to “buy a few F-35s”.

Trump referred to the latest-generation warplane as the “greatest fighter jet in the world”.

The American president’s high praise is belied by a litany of technical problems which have resulted in the F-35 being dubbed as the “most expensive lemon” ever designed. The Lockheed Martin manufactured jet has been years in the making, dogged by technical gremlins, and is the most expensive Pentagon arms program ever.

What Washington would dearly desire to see happening are international sales for the F-35 taking off and for the plane to go from hundreds of billions of dollars in investment to actually turning a profit. Moreover, there is tough market competition out there from Russia’s latest-generation S-35 multirole fighter jet.

It seems significant that the landmark rapprochement between Israel and the UAE has been so quickly linked to F-35 sales orders. The move by the Emirati rulers has not come without controversy among Arab and Muslim nations. The UAE is only the third Arab state to have restored diplomatic relations with Israel. Most of the Arab League members have long-severed relations with the Jewish state over its occupation of Palestinian territory.

However, that cold war-style standoff could be about to end with several other Arab nations reportedly ready to follow the UAE’s path of normalizing relations with Israel.

This week US Secretary of State Mike Pompeo is on a tour of the region to promote the UAE-Israel peace deal as a model for others to follow. He is referring to this development as “a peace for peace” doctrine. But a more accurate description could be “peace for piece of the action” to boost F-35 sales and the Pentagon’s coffers.

American weapons sales to Arab countries, especially the oil-rich Gulf states like Saudi Arabia, have always been lucrative. But one major market constraint for further sales in the region stems from Washington’s historic security guarantees to Israel. As long as the Israeli-Arab cold war remained – even if only superficially – then American weapons sales were limited by Israeli objections, especially in the advanced sectors, such as the F-35 fighter jet.

If, however, Washington could coax its Arab allies to formally announce peace deals with Israel, then that would pave the way for boosting American arms sales in the region. In particular, giving the F-35 a market lifeline from its financial morass.

There may be some pushback from Israel on such advanced weapons sales to historic foes in the region. But the Israeli and Arab rulers seem more united now by a common anti-Iran axis. If selling more American firepower to its neighbours creates a more hostile front towards Iran, then the Israelis may well be pleased enough by that outcome.

Watch out for more Arab nations soon following the UAE’s outreach to Israel and announcing “historic” peace deals. Then secondly watch out for record arms sales being cornered by Washington, especially for the F-35 “flying lemon”.

What this means is that the purported history-making is less about genuine peacemaking in the region. It’s more a cynical cover for unleashing commercial interests. The UAE claimed that its detente with Israel was a victory for halting further annexation of Palestinian land. The Palestinians, by contrast, lambasted the deal as “normalizing illegal occupation”. Their dream of statehood seems as remote and as elusive as ever.

Washington’s endorsement of Arab-Israeli peace has little do with ending conflict and is all about flogging more weapons in a war-torn region. Bailing out the F-35 financial mess is a big gain. And arming an anti-Iran axis to the teeth is a bonus. The Middle East powder-keg is getting bigger.