HOME / WORLD / The Russia-Ukraine Conflict; a Proxy War between Russia and NATO 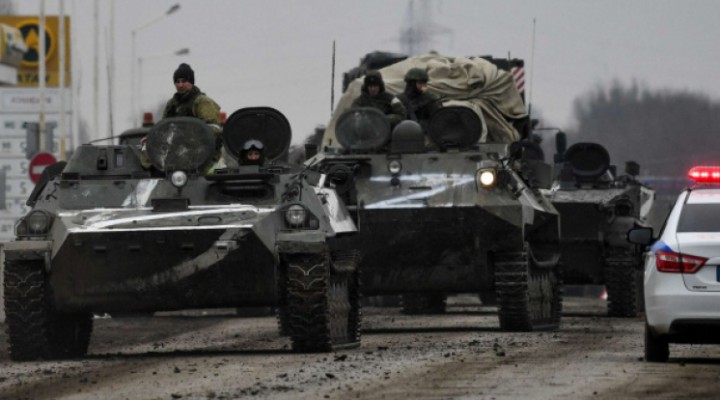 For the future development of the Russia-Ukraine conflict, there are at least three scenarios and mixed options between them. First is a surrender of Ukrainian forces. It depends on the political decision of president Zelensky. But because NATO countries still providing weapon systems and arms to Ukraine I think it is not possible in near future. The second scenario is protracted conflict. It may be frozen or escalated but will be limited by region. The third variant is most dangerous and means more active involvement of NATO countries against Russia and Belarus (our ally and military partner) or Transnistria where the Russian military base and stocks are located. Kaliningrad enclave of Russia also is a possible target for the military attack of the West. In this case, Russia will strike back and nuclear weapons may be used.

I suppose that the Russia-Ukraine conflict might fundamentally influence the international order. It is not a conflict between two states only; it is a proxy war between Russia and NATO where Ukraine is just used as a forwarding battlefield. We see sanctions effect in a similar way like during Cold war times and the West is still interested to isolate Russia more (but no luck). Both Russia and China reject Washington’s order “based on rules” and decoupling is more intense than before.

The question is not about the triangle basis in the near future, but about competition between supporters of multipolarity and US hegemony.

Russia and China are in one camp. We have different cultures and visions, but both are interested in co-existence and non-interference policy in contrast to Western powers that under cover of freedom and democracy imposed control and influence over the globe for their own benefit only.

I think the Russia-Ukraine conflict will change Europe’s geopolitical map. Indeed, the European map was changed once when Yugoslavia broke out. From point of view of the international legislation (because of the violation Helsinki agreement) it was a serious precedent, but the US supported this process and then during the Kosovo Crisis in 1999 promoted the second phase of
European separatism. It was the time of unipolar moment.

Now it is over and we see the rise of multipolarity. So I see a new change in the European map very possible.

By the way membership of Finland in NATO will violate Paris peace agreement. So we really see the collapse of the XX century political system (post-Yalta). Something new will emerge and it depends not on European actors only, but the whole world.

The US is interested to prolong its own dominance and hegemony – Washington will try to engage more neutral states in its own orbit. It is the reason why Sweden and Finland going to apply for NATO membership (active propaganda there
were for the last 10 years and promoted by the US).

The question about NATO’s expansion and its ultimate limit is a complex issue. Of course, there are some limits for NATO enlargement. More countries means more difficulties and less flexibility. I think that political commandment (that is the US) will try to reform NATO in some way to avoid slowness in decision making process.

Now we see frictions and opposition inside NATO. The presidents of Turkey and Croatia already told that will not allow Finland and Sweden into the alliance. Also, the question is % of the national GDP needs to pay for the NATO basket. Many members (especially poor countries from the South of Europe) are not happy with it. Some are afraid of the Russian reaction (and the Ukrainian case is just one element of such a reaction). Let’s see what happens at the Madrid summit in June.

Mainstream media are western ones and they give pictures of their own interests only. When I try to see Arab or Pakistani news outlets I see their reposts from the Associated Press, Reuters, CNN, etc. – there is black/white propaganda and misinformation. Facts are distorted. Still, there are good western journalists who do well own job and provide real investigations, but they are few. Journalism in the classic sense is dead. Social nets are also used as tools of propaganda. Recently I read one opinion on a military American website that Ukrainian conflict is the first Tik-tok war, cause this media was used actively by Ukrainians and NATO propagandists.

“Putin’s intention to establish a little Soviet Union” is a fake narrative promoted by Washington from 2012. When the idea of the Eurasian Economic Union was announced Hillary Clinton immediately told that it will be a restoration of the USSR. But it is not possible. Many countries in many regions have joined for financial and economic activity. Mercosur, Unasur and CELAC in Latin America, SAARC and ASEAN in Asia just few examples.

New Developments on the Ukraine Front

0 thoughts on “The Russia-Ukraine Conflict; a Proxy War between Russia and NATO”