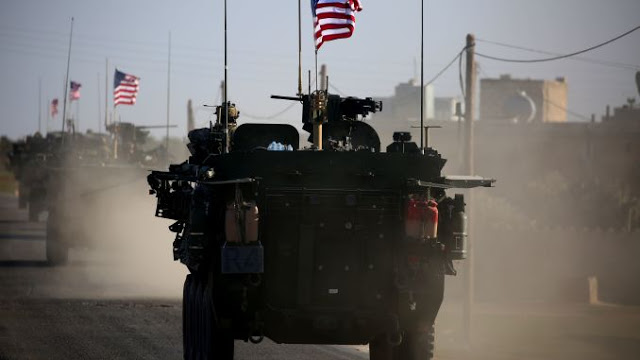 Absent from these headlines is any mention of how Washington deliberately engineered and executed this war against Syria – beginning in 2011 through the use of proxies including Al Qaeda and its affiliates – escalating in 2014 with the illegal invasion and occupation of Syria by US troops themselves – to Washington’s unravelling fortunes now.

For example, Washington Post’s Josh Rogin can now be seen across social media hand-wringing over alleged atrocities committed against America’s abandoned Kurds – atrocities he and the Washington Post spent years covering up, spinning, or even defending when committed by these same forces against the Syrian Army.

For Kurds who aided and abetted US machinations in Syria – regardless of how the conflict ended – it was a miscalculation on their part.

Syrian Kurds were certainly not going to be the first US proxy in history to actually benefit from a US-led war aimed at destroying the nation they resided in. Just as the US has done in Serbia, Iraq, Afghanistan, and Libya – Syria was slated for dismemberment – with friend and foe alike left amid a failed, dysfunctional state that would burn around them and require decades to rebuild.

And this would have been the “best” case scenario.

The worst case scenario is that the US would abandon its proxies – possibly even betraying them in exchange for entirely self-serving concessions.

Foreign Policy magazine which at one point during the Syrian conflict featured an article titled, “Two Cheers for Syrian Islamists: So the rebels aren’t secular Jeffersonians. As far as America is concerned, it doesn’t much matter,” – a contribution to a Western media campaign at the time defending US-support for Al Qaeda in Syria – has more recently featured an op-ed penned by Kurdish military commander Mazloum Abdi.

Titled, “If We Have to Choose Between Compromise and Genocide, We Will Choose Our People,” the op-ed declares:

We believe in democracy as a core concept, but in light of the invasion by Turkey and the existential threat its attack poses for our people, we may have to reconsider our alliances. The Russians and the Syrian regime have made proposals that could save the lives of millions of people who live under our protection.

The op-ed ends by claiming:

The reason we allied ourselves with the United States is our core belief in democracy. We are disappointed and frustrated by the current crisis. Our people are under attack, and their safety is our paramount concern. Two questions remain: How can we best protect our people? And is the United States still our ally?

Its hard to believe a successful military commander could be so politically naive as to think the US stands for democracy or that the US has allies rather than interests it merely uses proxies like the Kurds to advance. The fact that the very same publication featuring Mazloum Abdi’s op-ed had at one time eagerly promoted the extremists now descending upon his Kurdish fighters should aptly answer his final question as to whether or not the US is “still” – or ever was – his ally.

Mazloum Abdi also noted in his op-ed that:

This seems to suggest that the Kurdish commander is oblivious to the fact that in this case – the firefighter he wants to douse the flames of Syria’s conflict about to consume him was the arsonist who lit them in the first place.

Syrian “Kurdistan” Was Always a Fantasy

Whether a demonstration of his naivety or an exercise in shrewd propaganda – Mazloum Abdi and his Kurdish fighters find themselves painted into this corner by their own hands and their own brush.

Nothing about the territorial entity many fighters under Abdi sought to create was politically, militarily, or economically feasible. It would have been a vector of US influence first and foremost – and would exist only for as long as it served Washington’s interests.

Syria’s major cities all exist west of the Euphrates or directly on its eastern banks – not east of it where America’s Kurdish proxies reside. Any “Kurdish state” that would form in Syria’s east would be entirely artificial – propped up by a US military occupation and subsidized by US taxpayers. It would be decades before this region could develop the economic capacity to independently sustain itself and defend against Turkish incursions, uprisings by non-Kurdish locals, or attempts by Damascus to uphold Syria’s territorial integrity as guaranteed by international law.

Syria’s Kurds may face uncertainty and fear for their future but the failure of US regime change in Syria is a blessing for them in disguise. These Kurds now have the opportunity to reapproach Damascus, play a direct role in restoring Syria’s territorial integrity, and cut deals with Syria and its allies to secure their future.

It will be a future within Syria – which will remain a united, functioning nation-state and where in many of its most populated areas life is already returning to normal – and a future that would have been impossible in the fractured, dysfunctional Syria the United States envisioned and worked toward from 2011 onward.

Such deals made between the Kurds and Damascus will not live up to the fantastical and entirely unrealistic promises made to Syria’s Kurds by Washington – but Washington was never going to fulfill its promises, couldn’t, and now – demonstratably hasn’t.

Turkey – a nation straddling East and West – has shifted its policy radically throughout the war – a war Turkey played a pivotal role in facilitating in its first several years. 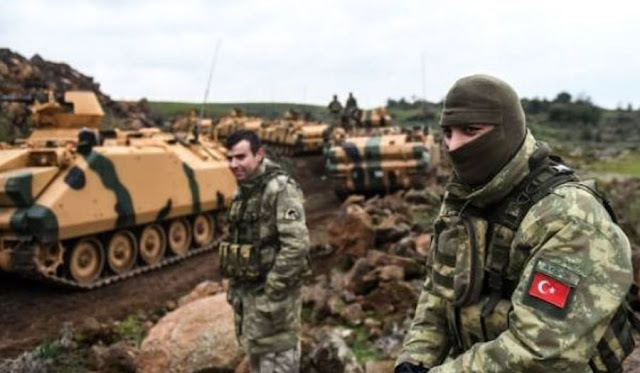 Moscow’s patience with Ankara – during Russia’s long and arduous process of stopping – then rolling back US-regime change efforts – has created the diplomatic conditions in which Turkey has a graceful exit from the blind alley Washington led it into. Whether or not Turkey will utilize that exit and constructively work with Syria and Russia in ending the conflict is another matter entirely – and a matter only time will tell.

The possibility that Turkey is simply replacing America’s tenuous occupation with one thought to be more sustainable and conducive toward US objectives still remains and Turkey’s diplomatic overtures toward Russia may have been a partial ploy.

However while deception is a key ingredient in both war and the empire it helps build and maintain – there always was to be a day when an inflection point was reached and the true – genuine unravelling of US hegemony would begin.

Turkey’s pivot Eastward and Washington’s disposal of its Kurdish “allies” may be a key indicator that at least for US hegemony in the Middle East – that inflection point is here and now.

The US withdrawal from Vietnam and the fate of its client regime in the nation’s south comes to mind when analyzing America’s apparent withdrawal – or at the very least – redeployment in Syria. 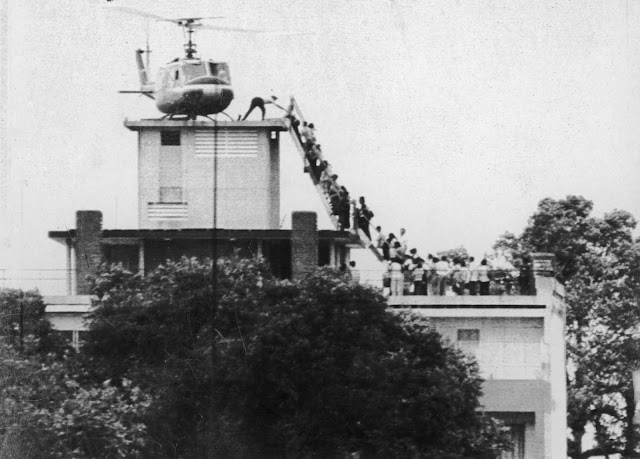 For the fractured Middle East – a similar process where chaos engineered and exploited by the US being replaced by constructive and cooperative economic development – will finally and indefinitely end US military aggression there.

In 2015 when the Russian Federation intervened militarily in the Syrian conflict at the request of the Syrian government – the US proxy war was all but doomed.

No amount of posturing, positioning, maneuvering, propaganda, or false flags would put US-led regime change in Syria back on track if Moscow refused to blink.

Both within the context of  Washington’s shifting fortunes in Syria and in terms of shifting global economic and political power – the self-interests of nations aiding and abetting the US in the Middle East- along with many other nations worldwide – will continue pivoting West to East.

US troops – rather than returning home from its many Middle Eastern wars – are instead ending up garrisoned in Saudi Arabia. This could be the beginning of a long-term process similar to US troop deployments in South Korea and Japan – where US intervention becomes less and less feasible – and US forces pushed further and further from the region.

Still – Syria’s survival in the face of a multi-year multinational proxy war waged against it is not the end of US hegemony in the Middle East. The US still possesses the capacity to trigger political unrest across the region and is still leading a destructive war against Yemen and a proxy war against Iran and its allies in Iraq. The US also still possesses an eager provocateur – the Israeli government – which will complicate and drag out for as long as possible any regional transition away from Western hegemony and toward lasting peace and prosperity.

It is interesting that while the US claims to underwrite global peace and stability – the one common denominator regions of the planet experiencing peace and prosperity seem to share is an absence of abundant US military and political influence. As another nation and perhaps a whole region begins to slip from Washington’s hands – the US sees yet another opportunity to instead pursue a genuinely constructive role within an emerging multipolar world not only changing despite of it – but prepared and eager to move on with out it if need be.

Syria, Trump and the Kurds, interview with Tim Anderson

0 thoughts on “US Ditches Kurdish Proxies in Syria”