HOME / WORLD / Saudi Arabia and the US

Saudi Arabia and the US 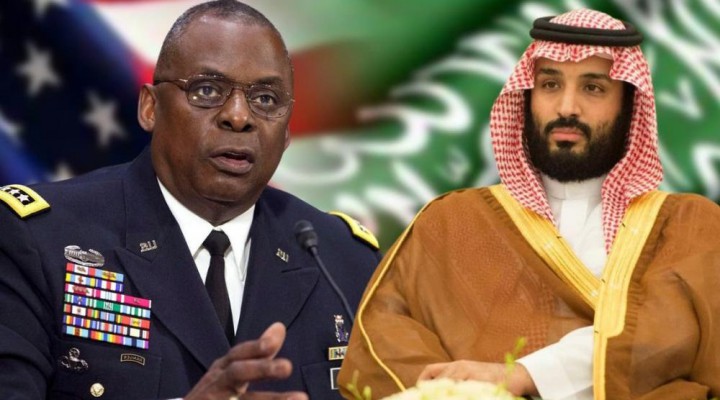 Why are relations between the two historic allies deteriorating so badly?

Relations between the Kingdom of Saudi Arabia and its long-time ally the United States of America are visibly going from bad to worse. The past two weeks have seen an unprecedented rise in tensions between the two sides, which could lead to political and economic standoffs in the days and months to come.

Several recent developments attest to this.

Last week the Associated Press, well known for its connections to Washington decision-makers, confirmed that the Biden administration has withdrawn all its Patriot and (more sophisticated) THAAD air defence systems from the kingdom. Most were deployed there in 2019 to defend strategic sites after a series of missile and drone strikes by Yemen’s Houthi Ansarullah movement against Saudi Aramco oil installations and other targets. The agency published satellite images of the Prince Sultan Airbase southeast of the capital Riyadh, which presumably came from the Pentagon, showing that these systems have been completely removed.

Then it was announced that a visit to the kingdom by US Defence Secretary Lloyd Austin – as part of a Gulf tour that included Qatar, Kuwait, and Bahrain — had been postponed or cancelled, ostensibly due to ‘scheduling issues’. That was an unprecedented snub reflecting official Saudi anger at the US.

A minor Saudi prince, Sattam Bin-Khaled Al Saud, was assigned to explain that it was Saudi Arabia that called off the visit. The ‘great kingdom’, he tweeted, would not be dictated to, and would only conduct relations on the basis of ‘shared interests and mutual respect’. No ruling family member has spoken about the US this way previously.

The young royal, who is close to Crown Prince Muhammad Bin-Salman, went on to contrast the cancellation of Austin’s visit with the very warm reception the kingdom accorded to Leonid Slutsky, head of the Russian Duma’s international affairs committee. This was intended as a warning to Washington that Riyadh potentially has an alternative ally in Moscow — a ‘brave’ but potentially risky and very costly challenge.

Former Saudi intelligence chief Prince Turki al-Faisal meanwhile went on CNN to urge the US to demonstrate its continued commitment to its Middle Eastern allies by keeping its missile defence systems there in place. He made clear the kingdom’s deep disappointment at their removal.

What can we make of all this?

According to US analysts, Washington is pursuing an ‘America first’ approach that entails downgrading support for allies in the Gulf region, especially Saudi Arabia, in order to focus on the Sino-Russian alliance which has become an absolute priority and the principal threat to American global leadership.

But the withdrawal of the American air defences comes at a very bad time for Saudi Arabia. The Houthis and their allies have been intensifying missile and drone strikes on Saudi oil facilities and military and civilian infrastructure. Most recently they targeted Abha international airport, injuring eight people and damaging several aircraft, in response to Saudi airstrikes aimed at halting the Houthi advance on the strategic Yemeni city of Maareb.

The Patriots proved ineffective against Yemeni missiles targeting Aramco, the hen that lays the golden eggs for the Saudi treasury. Moreover, these missiles are extremely expensive, costing some three million dollars a piece. Saudi forces fire two to three of them against every incoming Houthi projectile, each of which costs only a few thousand dollars according to Western estimates.

The Saudi leadership is searching for alternatives. Russian S-400s, which have proven highly capable, are one option. But it is risky. The US deems the acquisition of these systems to be a red line. Crossing it could entail retaliatory measures whose consequences the Saudi leadership may not be able to withstand.

The Biden administration is currently in the process of declassifying documents related to the 9/11 attacks. That – coinciding with Saudi Arabia’s cancellation of the US defence secretary’s visit and its feting of a senior Russian official – can be read as a direct threat. If the documents insinuate official Saudi collusion with the 9/11 hijackers, they could green-light litigation in US courts by relatives of the victims against Saudi Arabia, potentially demanding billions of dollars in compensation under the JASTA act.

It would not be far-fetched for the US to fabricate evidence of complicity by the Saudi royal family in the attacks, just as it fabricated evidence of Iraq developing weapons of mass destruction. Plenty of false witnesses could be lined up to support that charge.

The Biden administration side-lined the Saudi role in Afghanistan, and turned Qatar into its principal political, military, and diplomatic base in the Gulf and Middle East. That amounts to stabbing the Saudis in the back with a poisoned dagger. It potentially heralds an end to an 80-year-old strategic alliance, which among other things saw Saudi Arabia funnel billions of dollars and thousands of ‘mujahideen’ into Afghanistan to defeat the Soviet presence in the early 1980s and help settle scores for the US’ defeat in Vietnam.

Even Washington’s closest allies no longer feel they can trust it: just ask Ashraf Ghani, the former Afghan president, who fled his country for the UAE as his capital was being over-run by his and the US’ enemies.

The Middle East is reorganizing

0 thoughts on “Saudi Arabia and the US”