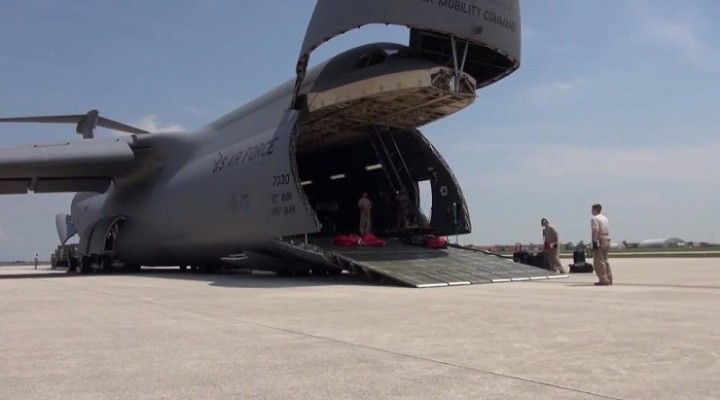 Whether by plan or accident, the US government, really Jared Kushner and Vice President Pence, both political operatives with a long history of self-dealing, has engineered the disastrous spread of COVID 19 in the US, linked to what can only be termed “racketeering.”

Policies totally at odds with normal medical authorities, hand in hand with profiteering on medical supplies, are largely responsible for the explosive pandemic disaster within the United States.

It wasn’t China, Russia or Iran.

PPE or “Personal Protective Equipment” has been disappearing from around the world, this has been reported, but it has also disappeared from inside the US. Now we find that much of this equipment, medical grade face masks, gloves and gowns, has been seized by the United States under the personal authority of Jared Kushner under the guise of the Federal Emergency Management Administration (FEMA).

The equipment taken is being channeled to political operatives, companies tied to the Trump family and to organized crime.

It isn’t like hospitals aren’t aware, they are ordered to do this, violate all medical protocols, while the press is silent on this source of “super-speaders” and how it ties to the massive profits now lining the pockets of the criminal elites now running the medical equipment distribution business.

Narcotics and human trafficking were nothing compared to COVID as a moneymaker. Better still, the Federal government is their partner under Jared Kushner, whose “goon squad” is looting stockpiles within the US and around the world.

We also know that the equipment seized, from shippers, wholesalers and even taken by military personnel from critically low hospital stockpiles has disappeared. From the Los Angeles Times:

“Although President Trump has directed states and hospitals to secure what supplies they can, the federal government is quietly seizing orders, leaving medical providers across the country in the dark about where the material is going and how they can get what they need to deal with the coronavirus pandemic.

Hospital and clinic officials in seven states described the seizures in interviews over the past week. The Federal Emergency Management Agency is not publicly reporting the acquisitions, despite the outlay of millions of dollars of taxpayer money, nor has the administration detailed how it decides which supplies to seize and where to reroute them.

Officials who’ve had materials seized also say they’ve received no guidance from the government about how or if they will get access to the supplies they ordered. That has stoked concerns about how public funds are being spent and whether the Trump administration is fairly distributing scarce medical supplies.

‘In order to have confidence in the distribution system, to know that it is being done in an equitable manner, you have to have transparency,’ said Dr. John Hick, an emergency physician at Hennepin Healthcare in Minnesota who has helped develop national emergency preparedness standards through the National Academies of Sciences, Engineering and Medicine.

The medical leaders on the front lines of the fight to control the coronavirus and keep patients alive say they are grasping for explanations. “We can’t get any answers,” said a California hospital official who asked not to be identified for fear of retaliation from the White House.

In Florida, a large medical system saw an order for thermometers taken away. And officials at a system in Massachusetts were unable to determine where its order of masks went.

“Are they stockpiling this stuff? Are they distributing it? We don’t know,” one official said. “And are we going to ever get any of it back if we need supplies? It would be nice to know these things.”

… the agency (FEMA) has refused to provide any details about how these determinations are made or why it is choosing to seize some supply orders and not others. Administration officials also will not say what supplies are going to what states.

…hospitals, doctors and others report paying exorbitant prices or resorting to unorthodox maneuvers to get what they need.

Hospital and health officials describe an opaque process in which federal officials sweep in without warning to expropriate supplies.”

Then we have this report on Jared Kushner from Salon:

“Reporter Robert Costa revealed that Jared Kushner has been coordinating the distribution of medical supplies with Republican donors.

The Washington Post national political reporter said President Donald Trump’s son-in-law has sparked confusion in those efforts by placing himself in the chain of command, and both Kushner and trade adviser Peter Navarro were contradicting advice from White House medical experts.

As we approach mid-April, 2020, we know so much more about the global pandemic. We know it originated with a horseshoe bat from Wuhan, China. But what else do we know?

Genome studies, reported by Carl Zimmer of the New York Times track COVID 19 to Europe and a naturally mutated virus that had left China generations ago:

“New research indicates that the coronavirus began to circulate in the New York area by mid-February, weeks before the first confirmed case, and that travelers brought in the virus mainly from Europe, not Asia.

‘The majority is clearly European,’ said Harm van Bakel, a geneticist at Icahn School of Medicine at Mount Sinai, who co-wrote a study awaiting peer review.

A separate team at N.Y.U. Grossman School of Medicine came to strikingly similar conclusions, despite studying a different group of cases. Both teams analyzed genomes from coronaviruses taken from New Yorkers starting in mid-March.

The research revealed a previously hidden spread of the virus that might have been detected if aggressive testing programs had been put in place.”

There is a second school of thought that looks to the University of North Carolina/USAID/CIA study that created a “chimera” virus out of Wuhan horseshoe bat virus back in 2017. Though evidence is scant for the weaponization with intent, this medical study, one largely suppressed, fully explains how a virus was obtained and modified, something that would have, according to the New York Times’ story, normally taken generations.

We aren’t saying we have an end to end plot here, virus creation, virus spread, engineered pandemic, proving that would require an investigation that will simply never happen.

What we do know, however, is that the mysterious missing seven weeks where the US did nothing has been followed by a period of extreme activity where not just has everything wrong been done but everything wrong has been planned and accomplished very much as though the real intent were to spread a pandemic across the US for profit.