HOME / SOCIAL/CULTURAL / COVID-19: US Politicians and Media Have Success Hyped the Public Into an Anti-China Frenzy 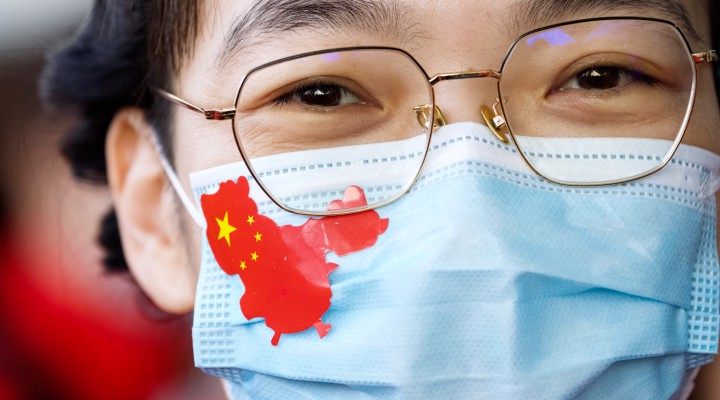 New polls show an overwhelming desire by Americans to see some kind of retaliation against China over its handling of the coronavirus outbreak.

MPN– A new Harris poll has found that, amidst the crisis, the American public’s attitude towards China has turned from frosty to outright hostile. 77 percent of the country blames China for the outbreak, with 54 percent stating that it owes the U.S. reparations for being the epicenter of the outbreak. The public also believes that China has acted highly irresponsibly: only 23 percent think President Xi Jinping is a trustworthy source for information on the virus, and, if proven that it has underreported its cases, over 80 percent demand a full-scale economic war against the country.

Virtually every country in the world is likely underplaying their figures, including the United States. For example, eight times as many New Yorkers have died in their homes compared with last year. Many are strongly suspected of having died from COVID-19, but because they did not die in a hospital, they are not added to the official count. The results of the poll are relatively bipartisan, with 88 percent of Republicans and 78 percent of Democrats favoring imposing wide-scale economic sanctions; the difference is Republicans want Trump to do it unilaterally, Democrats wanting congressional approval. As such, the two positions represent a perfect microcosm of decades of U.S. foreign policy.

Despite the Trump administration’s incompetent handling of the pandemic (for weeks Trump claimed was a liberal “hoax” and no big deal) 58 percent of the public blamed China for the spread of the coronavirus within the United States; only 42 percent blaming their own government. 50 percent of Americans wanted Trump to get “tough” with China, compared to only 17 percent who favored a softer approach.

The U.S. public’s condemnation of China could barely contrast more with the reaction of international health bodies like the World Health Organization (WHO), who have had teams on the ground for months. The WHO has been effusive in its praise for China’s “commitment to transparency,” lauding how quickly it identified the virus and shared it with the world. “I have never seen the scale and commitment of an epidemic response at this level in terms of all of government involvement,” said Dr. Michael Ryan, the WHO’s Chief Executive Director for Health Emergencies, praising the organization of the Chinese state. “The challenge is great, but the response has been massive and the Chinese government deserve huge credit for that response and for the transparency in which they have dealt with this.”

Where, then, is the public getting this attitude from? One source has been politicians like Arkansas Senator Tom Cotton, who suggested without evidence that the novel coronavirus actually began life in a Chinese “super laboratory,” presumably then unleashed or accidentally discharged on to the population. Three out of ten Americans agree with Cotton’s theory, according to research published Wednesday by the Pew Research Center. Only four in ten believe that the virus came about naturally.

Another driver of anti-Chinese sentiment has been the media. Even when China does something unquestionably positive, such as donate planeloads of medical equipment to European countries, CNN presented it as a scheming Beijing merely trying to “deflect blame” and “curry favor.”

Meanwhile, the Washington Post writes that “Working together to confront China’s bad behavior is not just a national security imperative. It’s also smart politics,” claiming that only the “far-left” could possibly want a more amicable relationship with China, even red-baiting Joe Biden for not being sufficiently condemnatory of Beijing.

As a result of the media coverage, an epidemic of anti-Chinese xenophobia has also spread across the U.S., even negatively affecting many non-Chinese Asian communities. A Thai woman was racially abused on the Los Angeles subway, Indiana hotels refused to serve two Hmong men on the grounds that they probably had coronavirus and Vietnamese students in California have been bullied and abused at school by gangs yelling “coronavirus.” Racists are not known for their precise knowledge of culture and geography.

The targeting of China for blame is not purely a means to deflect attention away from Washington’s lackluster response to the pandemic, however. As MintPress reported in February, the Pentagon’s 2021 budget request demanded $705 billion to “shift focus from the wars in Iraq and Afghanistan and a greater emphasis on the types of weapons that could be used to confront nuclear giants like Russia and China.”

Joe Biden’s foreign policy team also favors a ramping up of Obama’s “pivot to Asia” – an attempt to militarily encircle and asphyxiate the emerging Asian nation. His “top priority” if he gets into power, according to a recent article, is to counter the “China challenge,” deciding “what level of sanctions the United States impose” on Beijing and “how far the U.S. should go.” Taken for granted is that Washington has the legal or moral right to take such actions.

While the new attack on China from politicians and press alike could be seen as an attempt to shift blame away from the Trump administration and to avoid self-reflection, it can also be read as a cynical attempt to manufacture consent for a war with Beijing that has been years in the making. And, according to the Harris poll, it is working. “Blame China” could turn into calls to “bomb China” sooner than we think.

Feature photo | A medical worker from China’s Jilin Province wears a sticker in the shape of China on her face mask as she prepares to return home at Wuhan Tianhe International Airport in Wuhan in central China’s Hubei Province, April 8, 2020. Ng Han Guan | AP

0 thoughts on “COVID-19: US Politicians and Media Have Success Hyped the Public Into an Anti-China Frenzy”