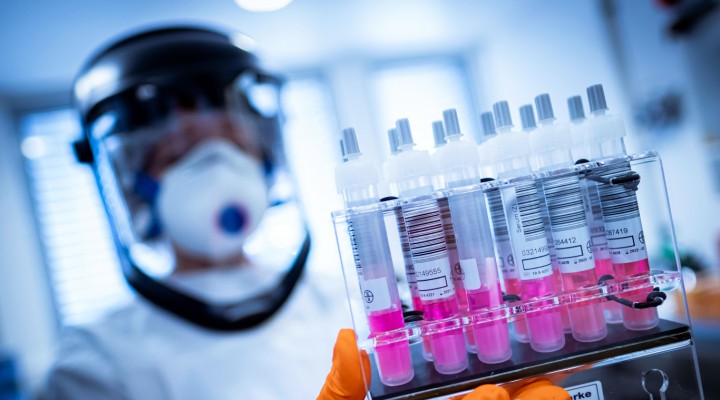 Instead, those drugs are being sold for thousands of dollars each, proving once again that the private, for-profit pharmaceutical industry is ill-equipped to handle a global public health crisis like COVID-19.

MPN– A new article in the Journal of Virus Eradication published yesterday explored the cost of mass producing several drugs that have shown distinct promise in the global fight against the novel coronavirus, COVID-19. The research, headed by Dr. Andrew Hill from the Department of Translational Medicine, University of Liverpool, found treatments like Remdesivir, a drug used to treat SARS and Ebola, could be produced for just $0.93 per daily dose, and a combination of Hepatitis C medications Sofosbuvir and Daclatasvir can be made for just $0.39. This would translate to just $9 and $5 respectively for a full course of treatment.

“If favorable results are shown from these new trials, there is the potential to rapidly upscale production of the most promising drugs,” the team of researchers writes. “The safety profiles of these drugs have already been established from clinical trials for other diseases, so they could be rapidly deployed to treat COVID-19 before vaccines become available. Trials of a number of different drugs are underway across the world. Should repurposed drugs demonstrate efficacy against COVID-19, they could be manufactured profitably at very low costs, for much less than current list prices,” they conclude.

However, an effective vaccine will likely not be available until at least late 2021, meaning that in the meantime, existing drugs are humanity’s best hope. The problem is that the sale price of many of those being tested is prohibitively expensive, meaning even high-income countries will struggle to pay for them.

Antimalarial treatments chloroquine and hydroxychloroquine, touted by President Trump, no less, could be produced for just $0.30 and $1 for a full two-week course. However, the former has a sale price of $93 in the U.S. The authors note that while one small Chinese study found some benefit to the drug, others found no significant differences between groups who took the drug and others who did not, warning against reaching any concrete conclusions yet. Three of the drugs being tested – Sofosbuvir, Remdesivir and Truvada – are manufactured by California-based Gilead Sciences. While a two-week Sofosbuvir/Daclatasvir course retails in Pakistan for $6, Gilead charges up to $18,610 for exactly the same medication in the United States. The pharma giant has already announced it intends to produce 500,000 treatment courses of Remdesivir by October, and one million by 2021. However, if it proves effective in fighting the virus, this will likely be nowhere near enough; there are already over 1.6 million confirmed COVID-19 cases, with nearly 100,000 deaths officially counted. The cost of the active pharmaceutical ingredient in Remdesivir is around $4,000 per kilo. However, there is only about 1 gram of it in each full course, meaning that a lifesaving dose would cost around $0.93 to produce per day – substantially cheaper than the cost of the syringes and other equipment necessary to administer the drug itself.

Dr. Hill spoke with MintPress News today, telling us that HIV medication Truvada is also being considered as a potential weapon in fighting the virus. “There is a 4,000 patient study just started in Spain and there is some evidence that it might work, but it is very circumstantial,” he said. “In Africa, Truvada costs about $1 per week so you could make a course of treatment for coronavirus for $2.” However, in the United States, Gilead charges Americans around $2,000 per month, raking in a gross profit of around 28,000 percent. As a result of the enormous price gouging, fewer than ten percent of Americans who should be taking the drug currently are. As MintPress reported in December, Gilead is also widely accused of holding back development of the drug until its patent for a previous, far inferior HIV medication, ran out. A company-funded study found that preventing patients from taking the new drug would cause an extra 16,000 deaths over nine years. Perhaps most shockingly of all, Truvada was actually developed at public expense, the taxpayer footing the bill or $50 million worth of research and development into it. Yet it continues to be sold to us at nearly 300 times the price even developed countries like Australia pay for it.

Over seven million South Africans have been diagnosed with HIV/AIDS, an (official) prevalence rate of 19 percent of the population. When its government bypassed patent laws and began distributing generic medication to its impoverished population, dozens of pharmaceutical companies took it to court, demanding to have their lost profits reimbursed. They dropped their case only after a worldwide outcry.

Will what has happened with HIV drugs happen to coronavirus medication as well? There are already signs that governments are acting swiftly to ignore pharmaceutical corporations’ patents. “What’s happening now is governments are just taking over, putting funding in to look at any treatment against coronavirus and we’re not relying on the companies that much,” Dr. Hill told MintPress:

Israel has already put in legislation to break the patent on one of the drugs. In Spain, legislation has been changed to allow government to take over production if necessary. So this is actually already happening. There is going to be a choice. Companies may choose to do whatever is necessary to produce the drugs at an affordable price or governments might step in.

Pharmaceutical companies often argue that tough patent laws that prevent the theft of intellectual property are the only way in which research and innovation can continue. In this instance, Dr. Hill is skeptical of the argument, saying:

This is a brand new infection. There are drugs that were developed for other diseases that have been repurposed; they are almost working by accident. And I don’t think it is fair for a company to financially gain selling a drug when they actually have done almost no research and development on coronavirus. The drugs are just being taken and applied to the disease and it is a complete chance whether they succeed or fail. The companies have done almost no research into coronavirus so they don’t deserve to be rewarded.”

The private, for-profit pharmaceutical industry appears ill equipped to handle a global public health crisis like COVID-19. According to economist Dean Baker, systemic problems require systemic solutions. “Drugs are almost invariably cheap to manufacture. They end up being expensive because of patent and related monopolies,” he told us in December. He argues the government should buy up patents and make the drugs freely available, drastically reducing costs, also advocating for the creation of a publicly financed pharmaceutical research network, where the taxpayer pays for medical research upfront and all inventions or drugs that come out of it are in the public domain.

“I would look to replace patent monopoly supported research with direct public funding. This could be done by the same companies that do research now. The difference would be that under the system I envision they would get long-term contracts, with the condition that all findings be posted as soon as practical (so other researchers could benefit) and that all patents would be placed in the public domain so that they could be sold as generics from day one,” he explained.

With no COVID-19 vaccine even close to ready, existing drugs are humanity’s best hope against the virus. Fortunately, a number of cheap-to-produce drugs and other remedies have shown promising initial signs. However, produced and controlled by multinational pharmaceutical corporations, the exorbitant cost of many of them could provide an overwhelming barrier to the well being of the world’s population. The decision now is whether governments will choose to put profits or people first.