HOME / WORLD / Targeting China over Covid-19, US & UK open Pandora’s Box … they’re responsible for a LOT MORE disasters, will THEY pay for that? 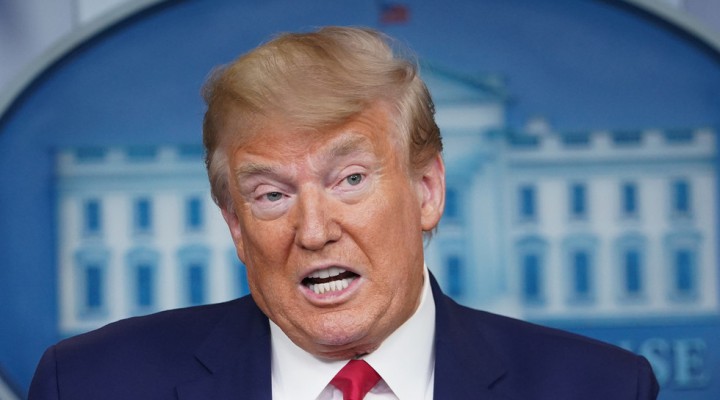 The US and UK are emerging as the worst-hit nations from the Covid-19 pandemic. Instead of admitting inherent failings and facing public accountability, the narrative is to blame it all on China and even demand compensation.

A study by the rightwing London-based Henry Jackson Society claims that China is liable to pay at least $4 trillion in compensation for economic damage incurred by other nations. The neoconservative think tank echoes similar views among US anti-China hawks who accuse Beijing of disinformation and covering up the initial outbreak of the disease back in December.

Such views tally with President Trump’s insistence on labelling the Covid-19 pandemic the “Chinese Flu.” His administration has hinted at future litigation against China over the costs of the disease. In similar vein, Trump has intimated he will sanction future US financial contributions to the World Health Organization because of its alleged “China-centric” position and its alleged misdirection about the scale of the pandemic.

Beijing has hit back, accusing American and British politicians of complacency in not adequately preparing their countries’ public defenses against Covid-19. China can point to the apparent arrest of the epidemic on its territory as a vindication of its strategy to combat the disease.

Whatever about claims that China downplayed the initial reports of a new viral disease, it seems wackily disproportionate for the US and British authorities to lay the whole of its problems on this cause.

Both Donald Trump and Britain’s Prime Minister Boris Johnson – who is in hospital in intensive care with the disease – are on record for having belittled the gravity of Covid-19 in the weeks before the pandemic hit their nations with force.

There are also reports that US intelligence agencies had provided “multiple” warnings of a “cataclysmic event” to the Pentagon and the White House from as early as November 2019 owing to a new disease outbreak in China.

There is too the ultimate background of chronically rundown public health services in the US and Britain. Trump had in particular relegated the Center for Disease Control and deprioritized homeland security agencies concerned with biodefense.

In Britain, as journalist and documentary film-maker John Pilger points out, Conservative governments have systematically underfunded the National Health Service over the past decade. A 2016 study alerting the NHS to the danger of an overwhelming epidemic was suppressed.

There is thus plenty of culpability to be found in US and British government policies for the present crisis without invoking alleged Chinese malfeasance.

Avoiding a brutal backlash from their own citizens for inherent failure to protect public health, the temptation to offload responsibility on others is irresistible, especially for Trump and his demagogic style.

Moreover with Trump’s irascible personality and his vainglorious claims about “America First” going up in smoke as the economy nosedives, it is all the more appealing to scapegoat China.

The same goes for Britain where plans for putative Brexit national renewal have no doubt been sunk by the Covid-19 torpedo.

Blaming China is, however, a dangerous game. Pushed to its logical limit, that narrative sets Washington and London on a collision course of conflict with Beijing. If Western ideologues and media become convinced that China is to blame for all the woes in the US and Britain as a result of Covid-19, then litigation is but the polite front for an underlying casus belli.

Remember too that Washington under Trump has already embarked on a recklessly abrasive policy toward China over trade. The Pentagon regularly denounces Beijing as a geopolitical adversary and has openly called for increasing military encirclement of China.

The Covid-19 recriminations are merely a new twist to Washington’s antagonism toward China.

Another major question is what kind of precedent the blame-China narrative is setting?

Assuming that Covid-19 is a naturally occurring disease – and not a biowarfare accident – is it legally or morally justifiable to sue China for a pandemic?

In which case, the next time a natural disaster emanates from another country, will it be also sued for repercussions on the other side of the globe? Would Western states, for example, sue African nations over a repeat of the Ebola outbreak?

The logic here seems lamentably selfish and callous, and an upside down way of seeing the world. Diseases will inevitably happen as part of the human condition, especially when that condition is deprived and impoverished. Is it not more effective and morally right for all nations to work together to improve public health care nationally and globally through proper financial and scientific support?

Or are nations to take the Trumpian view of blaming others for misfortune? What is all the more contemptible is that this view is more often a cover-up for one’s own inherent failings, failings which border on criminality as the underfunding of public health services arguably amounts to.

And why stop at litigation over diseases?

The calamity of the 2008 global financial crisis cost millions of workers their livelihoods and savings, according to the ILO. Whole societies were plunged into austerity to pay for bailouts to the banks. That austerity has left public health services across Europe and the US threadbare which is all too apparent in the growing death toll from Covid-19.

Most analysts agree that the 2008 global financial crisis stemmed from the toxic subprime mortgage bubble inflated by Wall Street.

Therefore, before the Americans and their British sidekicks go down the route of hounding China over Covid-19, they would be better to keep their mouths shut. Their own logic is making them liable for a hell of a lot more.

0 thoughts on “Targeting China over Covid-19, US & UK open Pandora’s Box … they’re responsible for a LOT MORE disasters, will THEY pay for that?”