HOME / SOCIAL/CULTURAL / Down the Rabbit Hole with COVID Truth

Down the Rabbit Hole with COVID Truth 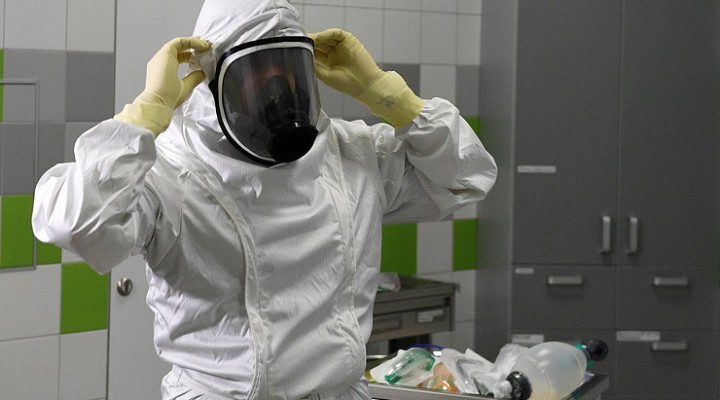 It is impossible to write usefully and informatively about the pandemic without risk to reputation. One’s writings on COVID exist in context, not just media and accepted narrative but one’s own writings as well. Thus, it is vital that any information, even science, as that has of late been twisted out or recognizability as well, be judged based on the credibility and standing of the voice reporting it.

That said, we establish that as of this writing it is mid-July, the year is 2021 and collective world media has failed miserably, to serve, to report, to analyze and to investigate.

First, we examine COVID as a bioweapon. Was COVID, with its complexities, engineered as a “chimera” disease, either to use as a weapon or as part of a program intended to protect from the “possibility” unnamed others, who or whatever they might be, could engage in such an endeavor?

No media reporting in this arena can be relied upon. I can explain why, and the explanation will not please, it will only depress and upset, my apologies.

The West, such as it is, ostensibly under the umbrella of NATO and concumbent think tanks and “hoax machines, is responsible for the breakdown in international legal standards. Without standards, conventions that allow unbiased investigations, banditry becomes the standard.

It doesn’t take a genius to see the West, with Israel and Saudi Arabia behind ISIS and al Qaeda (terrorist organizations, both banned in Russia). Israel was always perfectly safe, so was Saudi Arabia but Syria and Iraq were targeted and dozens of military officers from Qatar, Saudi Arabia and even Israel were arrested in both Syria and Iraq, I have seen the documentation, with repatriation only after million in reparations were paid secretly.

Moreover, the targeting of Iraq was clearly engineered to disrupt Sunni/Shia relations in the new government and to draw Iran into the conflict, and with Iran, push the US into war with that nation as well.

I discussed this hypothesis with Iraqi leaders in 2014 during a classified defense briefing.

Fake stories were fed the press who accepted them without question like this one from 2015:

Fighters of al-Qaeda linked Islamic State of Iraq and the Levant carry their weapons during a par.

In a ground raid deep in Syrian territory, US special operations forces killed a top ISIS leader who they were attempting to capture and interrogate about American hostages and how the terror group finances its war machine, the Obama administration said today.

Officials told ABC News that the large-scale operation that killed ISIS oil and gas “minister” Abu Sayyaf was carried out by the Army’s elite counter-terror unit known as Delta Force under the direction of the Joint Special Operations Command (JSOC).

One senior US official said there was “a pretty good fight on the ground.” The adversaries used women and children as human shields, but no innocents were killed. The battle got so close and intense that there was even some hand-to-hand combat, according to the official.

By the time the operation was over many of the aircraft were riddled with bullet holes, the US official said. The entire operation lasted several hours from the time Delta Force operators took off from inside Iraq and eventually returned with no injuries or loss of life.

So, what is true? A retired American general, working with ISIS, under the employ of a private security agency funded by Saudi Arabia, had been targeted for capture by commandos of the Syria Arab Army.

This former American general took credit for taking Mosul on behalf of ISIS and, according to statements he had made, had developed a campaign strategy for ISIS to take Baghdad as well.

The US Delta Force entered Syria to extract the American officer involved. He was extracted at orders of President Obama despite the fact this same officer, a former psychological warfare specialist, had, on may occasions on Fox News, pushed for the arrest of President Obama as a foreign national illegally serving as US president.

Around the same period, we have the issue of Colonel or Brigadier General, there is some confusion on this point, Yossi Elon Shahak from Israeli’s Golani Brigade, who was captured in Iraq by Shiite militias.

They photographed General Shahak and his IDF identification card and sent it to the press, CNN, Fox News and others.

The following is part of the press notification, translated from the Arabic:

Information Office of Foreign Affairs Commissioner in the USA Parliament (international) and European Department for Security and information Secretary General Ambassador Dr. Haitham Abu Said confirmed that the Israeli prisoner captured by the popular army in Iraq on Oct. 19, 2015 Colonel Yossi Elon Shahak, whose military NO is (AZ 231434) with sequence (RE34356578765) from the Golani Brigade.

Shahak has been removed from his detention few days ago and moved sequestered.  US International Parliament private sources say that a regional power which is coordinating with the Iraqi popular army in Iraq stood in on the details of Shahak ‘s case before being transferred and has listened to the statements that he made.

It is understood that General Shahak has been repatriated to Israel and is, we hope, in good health.

There are many more, perhaps countless more of these circumstances and events, all censored or not reported out of an unusual aspect of hyper-focused disinterest by each and every NATO press outlet.

Do we never need to go into the Beirut explosion, the Syria gas attacks, the crash of MH 17 and the disappearance of MH 370?

Our point is simple, since all investigations must be controlled, even to the point of the US government physically threatening judges from the International Criminal Court at The Hague or controlling other institutions through similar coercion, the mechanism for protecting the world from bioterrorism has been obliterated.

Thus, we as a planet stand vulnerable, devoid of credible institutions and their protections.

So then, how does this apply to COVID-19? We know labs funded by various organizations, DARPA and USAID for America, but many other nations as well, used gene spicing to create SARS based diseases under the guise, perhaps real, of evaluation potential threats.

We know labs have had leaks, like at the University of North Carolina, who reported their leaks. Other institutions may well not have reported leaks, such as the National Reference (Lugar) Laboratory in Tbilisi.

If diseases can escape labs accidentally, then how likely is it that terrorist groups, perhaps not the ones we read about in the “fake news” but others not so public, were able to infiltrate these facilities and steal samples of the horrific bioweapons manufactured to save us all from bioweapons?

How many different agenda’s might an international criminal/terrorist organization serve through releasing a pandemic? While some talk about fear of being magnetized, trillions (US dollar equivalent) have disappeared from the world economy into the hands of who? Nobody knows?

The world economy has been restructured but to who’s benefit?

Not only are there no credible investigations, there is no one left to begin asking the right questions, always based on cui bono, “who benefits?”

Ah, but here’s the rub; there is no one capable of investigating without being ordered at the outset to blame China, Russia or Iran.

Do remember, an American court recently found Iran guilty of the planning and execution of 9/11. If the concept seems insane to you, then there is hope.

From here, we move on to the issue of vaccines.

The US, under President Biden, has with much success ended COVID-19, but has it? The opposition political party has advised its members to avoid vaccination as a political statement and spreads bizarre stories of mass deaths, magnetized vaccines and mysterious computer chips that might be used to track people who already aren’t tracked by their own mobile phones.

This leaves areas of the US where denial of science is embedded in the local DNA vulnerable for COVID outbreaks. Currently over 99 percent of those hospitalized or dying of COVID-19 in the US are those who avoided vaccination due to willful ignorance.

In converse, most areas of the US are “unlocked and unmasked” and have infection rates that are microscopic, with empty hospitals, and life back to normal.

However, we are one variant away from disaster and the millions of willfully deny science and vaccination are a breeding ground for that next variant which may kill not simply 2 percent of those infected, and then mostly the elderly.

But then, those who might protect us from such a disaster, one that might well kill us all, no longer exist. Their efforts were long ago turned to blaming Syria and Iran if the wind blew from a wrong direction.

Intel Drop: COVID, a Bio-Warfare Weapon against the Elderly…Of course it is!

Vaccination Does Not Protect Against Delta Variant

A Conspiracy to Murder

Is the Danger Covid or the Vaccine?

0 thoughts on “Down the Rabbit Hole with COVID Truth”