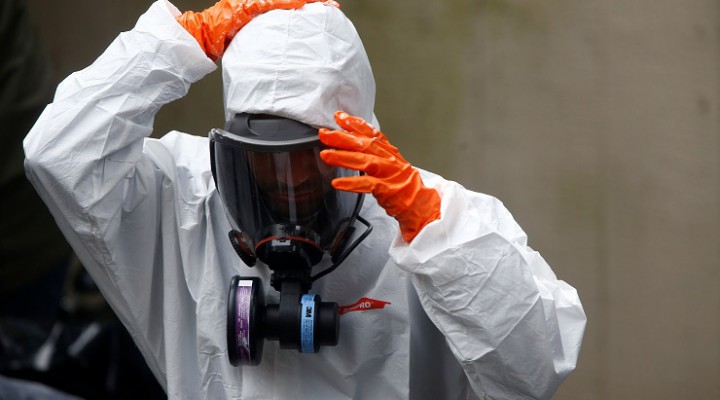 With millions dead and a world economy shattered, the truth about COVID 19 isn’t getting closer, no, it’s getting further away, buried by politics, shrouded in lies. 99 percent of those who write about COVID, either medically or from a security standpoint, have no qualifications in either arena.

Moreover, those few that are qualified either lie or, if “the truth is out there,” it isn’t accepted, suppressed by the press, drowned in “chaff” or simply undiscernible by those of lesser capability.

First, the process should be explained. By “process,” I mean the methods real or “supposed” intelligence and security experts use to discern “probability of fact” for those supposedly “entrusted” with the secret and special knowledge that constitutes “truth.”

You see, “truth” isn’t just relative, its dangerous. It also varies from “the narrative” in almost every case where the best analogous references best come from Matrix films.

Now we are going to use one of those dangerous analogies. How many remember 9/11 and the “Harley guy.” Moments after the first tower crashed on 9/11, an individual, later identified as an employee of Fox News, wearing a Harley Davidson t shirt, identified what he deemed the cause of the building collapses, pancaking caused by massive fires and structural weakening.

Years since, a virtual army of architects and engineers have disputed the “Harley guy” stating that his analysis, with no qualifications, but one later published as “fact” was in fact scientifically impossible and literally laughable.

What one who works in intelligence would call this is “revealing the narrative.” Such “narratives” are standard in any military operation as part of “cover and deception,” an integral part of every move, be it a fake gas attack or the D-Day invasion of France in 1944.

For COVID 19, it was the story of “bat soup.” Within hours of China’s COVID 19 outbreak being reported, a fake narrative hit every media organization in the world at the same time. An unnamed source cited the sale of infected bats, sold as soup to customers including the US military team at the Wuhan Games in October 2019 (369 members strong, finishing in 38th place).

Two more issues were made public, one that a secret lab may have infected the bat with a manmade virus and that the Chinese themselves were a flawed people for serving foods that were so alien and potentially disgusting, by Western standards.

That narrative, or at least part of it, stands today just as the Harley guy’s 9/11 pancake theory stands.

Now we will address the nature of “process” and how it applies to finding either a true version of the “truth,” if one can excuse such a confusing reference, or admitting that the truth may not be out there at all.

My “day job” is as an intelligence briefer, or at least part of it is. I head a team that includes a top nuclear weapons scientist with identifiable credentials at the DOE and IAEA.

The team includes a former Deputy Director of Homeland Security at the US, two high ranking intelligence officials from the US and Russia, a former high-level intelligence briefer for the US Senate and two former FBI officials. It also includes one of the leaders of the European Space Agency and a top WHO official as well, both longtime personal friends.

There are others we can’t mention so easily.

I run briefings, generally to deemed acceptable entities, not banned by the US, including military intelligence officials and political leaders.

Almost nothing that comes out in such a briefing “jibes” with what the press reports. Additionally, everyone in the room accepts as matter of fact that what the public is told is entirely fabricated.

For material to be introduced, it has to pass experts. Let’s say we were talking about the seizure by the Turkish government of Californium, a nuclear material that, in 2019, had fallen into the hands of a group supplying terrorists.

The internet says a “Californium bomb” is a hoax or “pipe dream.” Californium can support a chain reaction with a critical mass that is extremely small, insanely small and put out almost no radiation.

So, why were terrorists, who aren’t all totally stupid, buying $70 million in supposedly “hoax” bomb material?

In order to discuss this intelligently, a team member, in this case a nuclear physicist with weapons experience would address the following questions:

This same process applies to COVID 19.

This same process applies, and did apply, to 9/11, yielding a secondary classified finding of demolition by fission or fission/fusion device.

These are just a very few of such subjects. Now imagine that everything that happens has another side, one rarely but occasionally guessed at by internet conspiracy “junkies.”

In many cases, not every case, an alternative theory is analyzed carefully and often accepted as “slam dunk” or “probable.” However, this information and the processes used to discern same are not just classified, even discussing them is generally forbidden, no matter how roundabout and obscure the references are.

Worse still, one might accept that the perpetrators of wrongdoing in many if not most or almost all such instances, as part of their “process” began with a fake narrative and assets that could push that narrative forward in the press, in social media and even through organizations at the UN and other international bodies.

This capability, which we know exists, no questions there, has made potential perpetrators, often nation states of quasi-state player intelligence organizations, quite brazen.

Because of this, a secondary process is always applied in every event, that is discerning who benefits and does the capability exist to not only stage such an event but control the narrative as well.

There are never such questions as:

Try bringing that up in a room full of military leaders and the laughter might deafen you.

A Conspiracy to Murder

Intel Drop: COVID, a Bio-Warfare Weapon against the Elderly…Of course it is!

Is the Danger Covid or the Vaccine?

COVID Origins and Gain of Function with Sam Husseini

The Vaccine Is As Deadly As the Virus