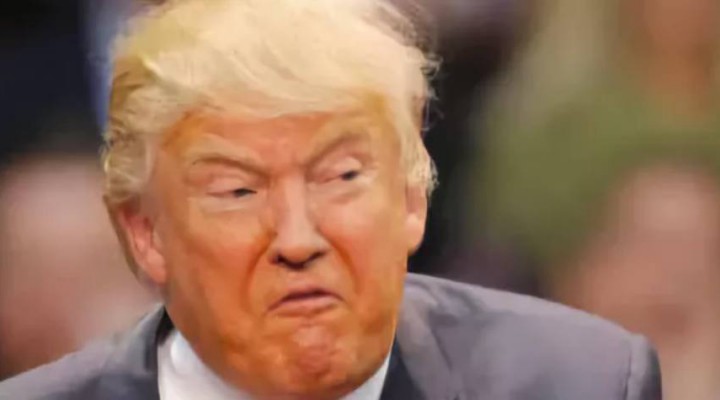 What do we know?  We know that Michael Cohen has admitted that he has threatened “at least 500” people on behalf of Donald Trump.  We know that some of these threats involve unpaid vendors for Trump debts, broken contracts and almost certainly, at least a few time Trump, who has always dealt with criminals, needed help with a criminal other than himself.

What we also know is this, that in 2016-17, before during and after the election, Michael Cohen represented both Donald Trump and Jeffrey Epstein in a lawsuit alleging that both raped a 13, not “14” or older, but 13 year old girl that Trump tied down and beat after raping her.

We also know that this behavior on the part of Trump has been alleged by others, from hotel maids and simply women who couldn’t get away quickly enough to those who accepted his company for other reasons.

We know this also, that Jeffrey Epstein was involved in a longterm homosexual relationship with a very wealthy business associate who gifted Epstein with between $75 and $100 million (a home and aircraft) and may have given Epstein another $500m in cash as well.

This is extremely well documented.

“And Trump’s connections to Epstein’s sex trafficking may go beyond merely superficial. In 2016, ‘Jane Doe’ filed a lawsuit against Trump alleging a “savage sexual attack” in 1994, when she was 13 years old, in which he tied her to a bed at Epstein’s house, raped her, and struck her in the face. The account was corroborated by a witness who claimed to have seen the child perform sexual acts on both Trump and Epstein.

Just as he has a patten of sexual predation, Trump also seems to have a pattern of threatening victims who come forward. Jane Doe alleged in the lawsuit that Trump told her she shouldn’t ever say anything if she didn’t want to “disappear like Maria,” a 12-year-old girl who had also been abused along with her. Jane Doe dropped the lawsuit in November 2016, days before Trump’s election, after her attorney, Lisa Bloom, cited “numerous threats” against her client. (Trump denied the allegations, and Bloom declined to comment for this story.)

Even if the Epstein proceedings fail to produce evidence against Trump, there is enough already in the public record—including words recorded out of his own mouth—to substantiate a shockingly prolific history of sexual misconduct.”

Then we begin to ask about Ms. Maxwell, the daughter of alleged Mossad mastermind, Robert Maxwell, who died mysteriously in 1991.  Similarly, MSM quickly being laundered from Google and Facebook, has alleged that Ghislaine Maxwell, Epstein’s “Nazi madame” as alleged by one Epstein victim, took part in sexual assaults against school girls.

See where the questions go?

Then the big one, what was going on when Epstein showed up with Melania on his arm at a Trump party.  It was Epstein that introduced them.  What the hell was that all about?

If she can help clarify the fate of child rape victims or even missing or dead girls that Epstein, Trump or Maxwell have been alleged to have assaulted, it would be of aid to their parents.  Maybe she knows nothing.  She should be asked.

After all, she is the only first lady to have a relationship, whatever kind, personal or business, with a convicted child rapist.  Some say she is an excellent person, if so, let her help, let her work to bring justice for the victims, if possible.  Instead, she is being given a total pass.  She needs to testify.

Then we return to this issue, Epstein and the victims he threatened, using “private detectives,” some former IDF, who ran cars off the road (at least once) and certainly silence witnesses in criminal rape cases.

We also know Epstein paid out hundreds of thousands of dollars and that Trump also paid out large sums, through not only Cohen but GOP officials as well.

What we do know that many years after Trump said he had nothing to do with Epstein, both of them faced the same legal action and used the same lawyer and possibly armed Israel teams to silence witnesses who would have sent both to prison for life.