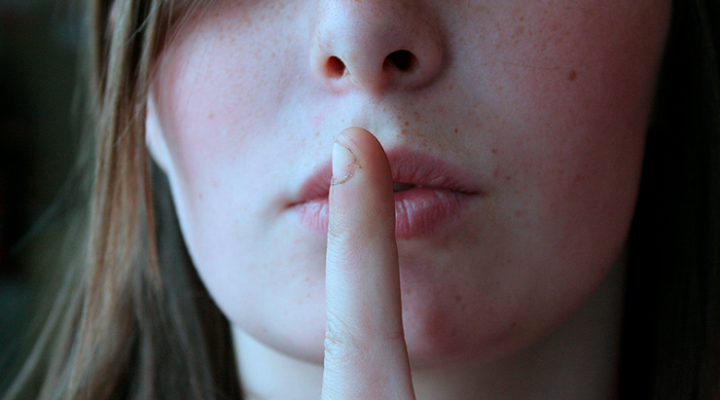 Let’s begin with why Jeffrey Epstein is such big news. It was Epstein that introduced Melania to Donald, it is Epstein that is named in the infamous “Jane Doe” lawsuit as sexually assaulting a 12 year old girl with full participation by Donald Trump. This is why the Epstein story dominates American news, it is seen as an opening to bring down Donald Trump.

The Epstein story touches everywhere, discredits American justice, American media, reaches into the White House, perhaps through numerous occupants and eventually settles in, a continuing mystery, still protected by a controlled media as it leads us to not one but 20 billionaires, a secret society tied to Epstein, that represents the power of Israel over the governments of the US, Britain and Canada.

This makes solving the Epstein mystery key to understanding events that spiral closer and closer toward a war likely to dwarf the conflicts after 9/11.

What is the real story? First of all, sex with children is nothing new in America. Child sex was the norm when the Pilgrims landed on Plymouth Rock in 1620 and little changed other than it becoming a convenient tool to smear political opponents.

For two centuries, girls as young as 12 were regularly married off, sometimes forcibly, to men as old as 70 while others were sold into slavery to work in the mills or join the endless hordes serving in America’s brothels.

Every town and village in America still has brothels, usually rooms or camping trailers behind adult book stores or massage parlors. Similar services are available at the finest hotels in New York, Washington and elsewhere, just ask the concierge. Hypocrisy isn’t uniquely American but it flourishes in America wrapped in the flag and bible as no place else on earth.

For those unfamiliar with the Epstein story, it all began in 2003 with a writer for Vanity Fair, Vicky Ward, wrote a story about a mysterious individual who claimed to be a billionaire, name Epstein. Epstein had little formal education but for reasons unknown landed a prestigious teaching job and then moved on to the most corrupt Ponzi scheme operations on Wall Street. Behind all this was Epstein’s ever more colorful history of raping children and doing so allegedly aided by Ghislaine Maxwell, daughter of the infamous Robert Maxwell, British media mogul and alleged Mossad blackmailer who was murdered in 1991.

Our sources say Epstein and Maxwell operated from a fabulous New York brownstone belonging to a top retail clothing industry leader and Israeli proponent. The nature of that relationship, certainly “deeply personal” or more, is banned from the US media. Suffice it to say Epstein was gifted the property in New York rumored to be worth well over $50 million and, moreover, most of Epstein’s public wealth is said to come from investing funds for that same client, the one with whom Epstein had that very personal relationship, a very very close male to male friendship.

For two decades, even longer, Epstein, Maxwell and others including but not limited to Donald Trump, attorney Alan Dershowitz and even Prince Andrew were accused of raping children and building a network that enticed school girls into their web to be subjected to every imaginable perversity.

All the while, the media reported little or nothing of this despite endless criminal complaints and civil suits. Evidence now shows that witnesses were paid off, police bullied by a large Washington law firm and one foreign intelligence agency actually blocked a 2008 prosecution, which recently led to the resignation of US Secretary of Labor, Andrew Acosta.

Acosta claims he ordered a “hand slap” prosecution of Epstein for numerous charges of child rape because Epstein worked for an intelligence agency, albeit not an American intelligence agency. We understand that Acosta made this assumption as Epstein’s probable co-defendant, Ghislaine Maxwell, has long been reputed to be a high-ranking Mossad officer.

However, there is no evidence to confirm this or that Epstein and Maxwell had been blackmailing members of congress, Supreme Court justices and “captains of industry” for decades. Even still, these rumors and allegations are repeated endlessly.

What is important to note, however, that until days ago, the Epstein story was taboo for the American press. You see, Epstein knew “everyone,” Benjamin Netanyahu, Rupert Murdoch, Mick Jagger, Donald Trump, rumored to be a regular companion, certainly former President Bill Clinton and almost all of Europe’s “trash” nobility. From the Rupert Murdoch owned New York Post, dated July 15, 2015:

“Epstein, who was an investor in a Manhattan modeling venture, has been accused by prosecutors of using his connections to the modeling company to ‘audition’ girls to give him massages that often ended up in sexual abuse.

‘Over the years, it seems Epstein relied on … [the] modeling business to source underage girls for sex,’ writes Conchita Sarnoff, an investigative reporter, in her book ‘Trafficking.’

A former Manhattan-based model agent, who spoke on the condition of anonymity, also alleged an Epstein-Victoria’s Secret pimp pipeline. (Victoria’s Secret is a chain of stores owned by Israeli American billionaire Leslie Wexner, allegedly one of the architects of the US invasion of Iraq in 2003. In other court filings, Maxwell and Epstein are accused of raping underage girls at Wexner’s Ohio home, victims who were held prisoner by Wexner’s security personnel, according to written testimony. Wexner heads Mega, a group of 20 Israeli American billionaires who fund Israel’s lobbying effort in support of military action against Muslim nations.)

‘He [Epstein] portrayed himself as the back door to get a girl into Victoria’s Secret. Some of those girls got in,’ he said.

Another Manhattan model entrepreneur told The Post that Maxwell (alleged child rapist and Mossad blackmailer) was a constant fixture at Victoria’s Secret events.

‘They were always these really trashy shows full of rich men in the audience,’ he said. ‘Ghislaine acted as the kind of Nazi guard, telling everyone where they were sitting in the audience and that she had new ‘pop tarts,’ which is what she called the young models.’ (Ghislaine Maxwell has been accused of sexually assaulting two children, both female, in court filings.)’”

The national security implications for the United States here are endless. First of all, we have a first lady in the White House, or at least there for some public occasions, who has some affiliation with Epstein and may have, herself, been victimized.

This could be used to influence American policy in so many ways and yet nothing is asked, indications of a high level coverup.

Then we have Acosta, the now disgraced former US Attorney and highly unqualified Secretary of Labor who may have been named to a cabinet post to buy his silence on Epstein. Only now does he tell us that he was threatened personally and gave Epstein a “sweetheart deal” because Epstein was a “spy.” Problem being, Epstein was probably a spy against the US, not “for” the US.

Tied to this story, of course, is where we can follow the money, into the biggest names in American business and directly to the highest levels of AIPAC (American Israeli Public Affairs Council) and ADL (Anti-Defamation League), organizations long cited and even investigated for actions damaging to the US, actions done “in agency” for a foreign government.

All the while this goes on, the same names, these same billions, this same influence, is pushing the US toward war with Iran.

Sadly, while the media looks for a way to embarrass the president or first lady, the real problem may well be a bribery, blackmail and a spy ring that is pushing the world to the brink of destruction.

The Lies The Grownups Told Us

0 thoughts on “Epstein and the American Lie Machine”