HOME / WORLD / What If U.S., NATO Talks Are Cover for More Aggression Towards Russia? 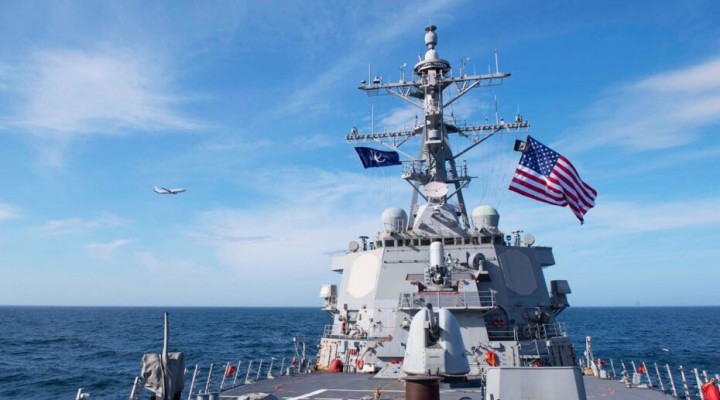 If there are no prompt responses to Russia’s legitimate security concerns, then the next phase entails a more robust military-technical realm

It is quite clear that the clock is ticking on how the United States and its NATO allies respond to Russia’s urgent security proposals.

For Moscow, if the forthcoming talks do not produce firm security guarantees in short order, then the suspicion is that the U.S. and NATO are using the engagement as a cover for continuing a long-term military build-up against Russia.

Russia’s strategic patience has worn out. Years of relentless encroachment by the United States and NATO on Russia’s territory has reached the point where Moscow has peremptorily declared red lines that must be respected. In short, no more eastward expansion by the U.S.-led military bloc and, secondly, the removal of U.S. strike weapons from neighbouring states.

The latest phase in the long post-Cold War game has been the vicarious menacing with Ukraine. Moscow could be criticized for being too complacent about the bad faith and backsliding by NATO since the late-1990s in ripping up assurances to Russia over no eastward expansion. But the NATO-backed Kiev regime threatening Russian people in eastern Ukraine and Russia’s national security is the last straw. Better late than never.

The package of security guarantees demanded by Russia made public on December 17 has resulted in the United States and NATO agreeing to hold talks in January.

Russia’s deputy Foreign Minister Sergei Ryabkov has warned that Moscow is not bluffing about its security requirements.

Russian President Vladimir Putin said that if the U.S. and NATO do not reciprocate then a range of technical, military measures will be taken to ensure national security.

Evidently, Moscow has consciously put a limited time frame on the talks to demonstrate palpable progress towards meeting its red lines. Washington and its European allies will need to deliver legally binding moves to roll back NATO. A big test will be whether the United States agrees to Moscow’s demand that Ukraine and other former Soviet Republics be precluded from joining NATO.

The Biden administration and NATO have so far ruled out abiding by this stipulation from Russia. It seems unlikely that the US will explicitly declare that NATO membership of Ukraine is forbidden. Washington may continue to delay access, as it has done since 2008, but it seems too much to expect an explicit, legally binding promise to deny Ukraine membership of the alliance any time in the future.

So, if the United States and its NATO partners have no intention to respect Russia’s pre-eminent red line, it then raises questions about their intention of engaging in talks.

President Putin has voiced the concern that the talks could be cynically used as a cover for the U.S. and NATO to continue an aggressive policy towards Russia.

Speaking to Russian media at the weekend, Putin said: “They [NATO] will chat endlessly, speak endlessly about the need to negotiate, and do nothing, except pumping up our neighbour [Ukraine] with modern weapons systems, and increase the threat to Russia, with which we will then be forced to somehow deal with, somehow live.”

The Kremlin took the highly unusual step of publishing clear red lines and demanding a prompt response. But given the historical record of bad faith and duplicity by the U.S. and NATO, it seems a futile hope that there will be a real change in attitude. Putin himself in the above comments seems to be admitting that.

The Biden administration is talking about talks with Russia, but all the while the practice is one of plying Ukraine with weapons, military advisors and offensive capability. To the rabidly anti-Russian regime in Kiev this amounts to one green light after another to proceed with stoking aggression against Moscow.

Since the CIA-backed coup d’état in Kiev in 2014, Washington has supplied Ukraine with over $2.5 billion in weaponry. The Biden administration has earmarked at least another $300 million in lethal military support for the next year alone. There are plans to redirect munitions that were intended for Afghanistan. What we are seeing here is a massive mobilization of war-making effort by the United States on Russia’s doorstep which has been going on over several years and is gathering pace. The apparent belated overture for talks is like a limp hand signal to stop from the driver of a hurtling juggernaut.

What’s even more alarming is moves by the Pentagon to provide more battlefield intelligence to the Ukrainian armed forces. A New York Times report last week reveals that the U.S. has already been sharing “actionable” intelligence data with the Kiev regime on Russian troop formations. What is under consideration by the Biden administration is stepping up the targeting in the name of “defending” Ukraine.

The New York Times report feigns concern by saying: “One potential problem with providing actionable intelligence, American officials acknowledge, is that it could lead Ukraine to strike first [against Russia].”

In reality, this is not a “potential problem” for Washington. It is a deliberate calculation. The Pentagon has weaponized the Russophobic Kiev regime it put in power in order to destabilize Russia. That has been the strategic objective going back decades under imperial planners like the late Zbigniew Brzezinski. And now the “great game” has reached the point where Washington is providing its catspaw regime with the intelligence to target Russian forces within their own borders, that is to target Russia itself.

This baleful background leads one to deduce that talks with the U.S. and its NATO partners are indeed nothing but a nefarious cover for a long-term trajectory of aggression against Russia.

Given the relentless, endemic betrayals by the U.S. and NATO, one suspects that the Russian leadership knows full well that the proposed talks mark a dangerous watershed. If there are no prompt responses to Russia’s legitimate security concerns, then the next phase entails a more robust military-technical realm. A realm, it seems, that Moscow has already gamed out knowing that it is almost inevitable.

0 thoughts on “What If U.S., NATO Talks Are Cover for More Aggression Towards Russia?”