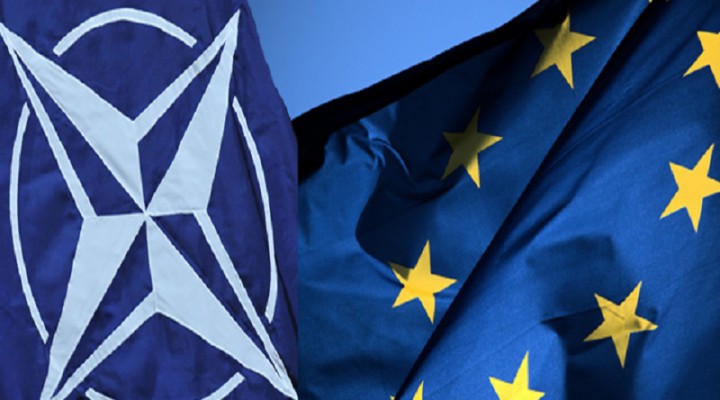 Some of NATO’s EU members will lobby for their anti-Russian ‘deep state’ patron’s interests, but it’ll all come down to whatever the Biden Administration decides to do regarding the Kremlin’s ‘security equation’ proposal because America’s allies will be compelled to follow its lead since Russia was correct in describing them as nothing but US-led NATO puppets at the end of the day.

Russian Deputy Foreign Minister Alexander Grushko said on Sunday that “the European Union is under total control of NATO in the sphere of military security. That’s all. And as of today, its ambitions to play an independent military political role, to become less dependent on the United States find no practical implementation.” This is the truth and an extremely pertinent one to remind everyone of after the Kremlin published details about its “security equation” proposal to the US late last week.

In a nutshell, Russia suggests that the US and NATO give it legally binding guarantees that the bloc won’t expand any further east, won’t station troops in countries that weren’t part of their alliance before 1997, and will hold off on deploying intermediate- and short-range land-based missiles in each other’s vicinity, including in Ukraine. These are pragmatic proposals that could put an end to the undeclared US-provoked missile crisis in Europe and sustainably stabilize the western half of Eurasia.

The problem, however, is that the subversive anti-Russian faction of the US’ permanent military, intelligence, and diplomatic bureaucracies (“deep state”) is actively trying to sabotage what essentially amounts to the clinching of a “non-aggression pact” between their country and Russia. They’re doing this by leveraging their extensive network of influence in the Baltic States, Poland, and Ukraine in order to provoke another East-West crisis between those two that would immediately put a stop to their talks.

Nevertheless, precisely because the EU countries are NATO puppets and that bloc itself is unquestionably led by the US, the Biden Administration could still overcome these challenges by pushing ahead with its pragmatic plans to de-escalate tensions with Russia. Its motivation isn’t selfless though since the US’ predominant anti-Chinese “deep state” faction hopes that such an outcome could enable it to redeploy some of its European-based forces to the Asia-Pacific to further “contain” China.

The US is therefore at a grand strategic crossroads. Its present leadership can either submit to the subversive anti-Russian “deep state” faction’s plot to maintain unprecedented tensions with Russia and thus be unable to simultaneously “contain” it and China in any effective way, or the Biden Administration can pragmatically de-escalate tensions with Russia by agreeing to Moscow’s “security equation” proposal in order to more effectively “contain” China afterwards.

Its ultimate choice depends on the outcome of its intra-“deep state” struggle between the predominant anti-Chinese faction and its anti-Russian competitors. Either way, the US is going to prove itself unreliable to one or another set of partners. Some of its Central European ones won’t be pleased with it reaching a “non-aggression pact” with Russia while a few of its Asian partners will think that the US isn’t doing enough to help them “contain” China if it doesn’t redeploy some of its forces to the Asia-Pacific.

This grand strategic dilemma is entirely of the US’ own making since it arrogantly thought that it could simultaneously contain Russia and China, though it’s impossible for America to do this in any effective way. It must either keep to this counterproductive course (from the perspective of its leadership’s unipolar hegemonic vision) or recalibrate it in such a way that the pragmatic de-escalation of tensions with Russia in Europe enables it to more effectively “contain” China in the Asia-Pacific.

It would be best if the US didn’t seek to contain either Eurasian Great Power, but since that policy is unrealistic, it’ll have to choose one of those two proposed options. Some of NATO’s EU members will lobby for their anti-Russian “deep state” patron’s interests, but it’ll all come down to whatever the Biden Administration decides because America’s allies will be compelled to follow its lead since Russia was correct in describing them as nothing but US-led NATO puppets at the end of the day.

Washington Spits In the Kremlin’s Eye