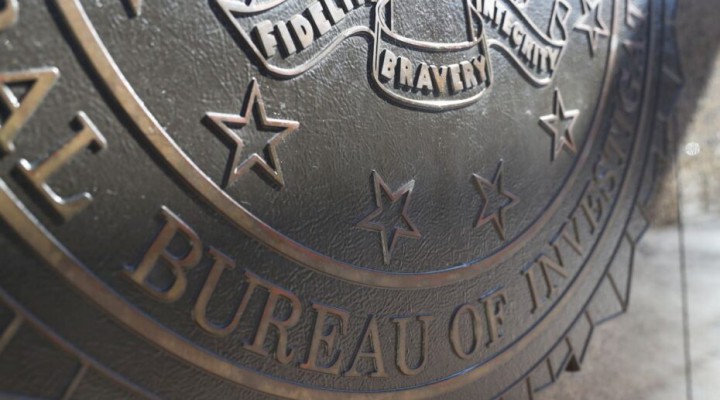 Washington’s real objective is to criminalize critical journalism and indeed any form of critical dissent.

In an audacious attack on free speech, journalists and writers based in the United States have now been banned by the U.S. federal authorities from publishing articles with Strategic Culture Foundation. We interview one of those authors affected by the ban, New York City-based journalist Daniel Lazare who shares his thoughts on the profound implications for free speech, independent journalism and political dissent.

Lazare is one of several U.S.-based writers who formerly published regular columns with Strategic Culture Foundation. Our online journal greatly appreciated their intelligent insights and analysis of U.S. and international politics. Sadly, we will no longer be able to publish their columns because of the threat levied on them by the U.S. federal authorities who accuse SCF of being an influence operation directed by the Kremlin. The allegations and threats are baseless and draconian.

If U.S.-based writers defy the ban, they have been threatened with astronomical financial penalties of over $300,000. The prohibition has only emerged in recent weeks. It follows earlier moves by the U.S. State Department and the Treasury Department accusing SCF of being an agent of Russian foreign intelligence. No evidence has been presented by the U.S. authorities to support their provocative claims. The Editorial Board of SCF categorically dismisses the allegations. In a statement, the editors said: “We reject all such claims by the U.S. authorities that the journal is an alleged Russian intelligence operation. We have no connection with the Russian government. We provide an independent forum for international writers to debate and freely critique major topical issues of world importance.”

Strategic Culture Foundation’s editorial production is based in Russia and the journal has been publishing articles by international authors for over a decade. The online journal has gained respect and readership primarily in North America for its critical and diverse coverage of geopolitics. It seems that the official move to ban SCF by the U.S. government is really aimed at shutting down independent journalism and critical thinking under the cynical guise of combating a “foreign enemy”. This has baleful echoes with the Red Scare Cold War years in the U.S.

By banning American voices from the journal, Washington is attempting to bolster its smear against SCF as being a sinister intelligence agency. But the real objective is to criminalize critical journalism and indeed any form of critical dissent. Arguably, the draconian attack by the U.S. authorities has to be seen in the wider context of persecuting Julian Assange and other whistleblowers who have exposed Washington’s crimes and corruption.

Daniel Lazare is a veteran newspaper journalist who specializes in U.S. constitutional law and rights. He formerly worked for Consortium News and Strategic Culture Foundation among other outlets. The New York City-based writer now publishes a regular column for The Weekly Worker, the paper of the Communist Party of Great Britain.

Question: You mentioned that you were approached by members of the Federal Bureau of Investigation concerning article contributions as a columnist for Strategic Culture Foundation. Can you expand on those circumstances? When were you first approached, how recently, and did they specify SCF and the reasons for why the journal was being targeted?

Daniel Lazare: A couple of FBI agents knocked on my door on a blazing hot day in July 2020. My memory is fuzzy, but I distinctly remember them asking whether I could tell them about SCF and its alleged links with Russian intelligence. I replied that I wasn’t interested because I regard the entire avenue of inquiry as bogus and a product of the anti-Moscow hysteria that’s running rampant in Washington. So the agents left. Everything was polite and low-keyed, and the entire exchange took no more than four or five minutes.

Daniel Lazare: Yes it was. Early in November this year, that is 15 or 16 months after the initial visit, one of the FBI agents showed up at my door again with a letter from the U.S. Treasury dated October 15, 2021, warning that, “pursuant to Executive Order 13848 of September 12, 2018, … all property and interests in property of SCF that are subject to U.S. jurisdiction are blocked, and U.S. persons are generally prohibited from engaging in transactions with them.” The letter further advised that “each violation… is subject to a statutory maximum civil monetary penalty of up to the greater of $311,562 or twice the value of the underlying transaction.” I’m not even sure what “up to the greater” means. But I got the message that my savings could be wiped out if I didn’t desist.

Question: The U.S. State Department and Treasury have sanctioned SCF on the basis of allegations that the journal is an instrument of Russian foreign intelligence and the Russian foreign ministry. The SCF editorial board rejects those allegations. What do you make of the U.S. accusations? Are they credible?

Daniel Lazare: No, they are not credible. Anyone who takes one look at the SCF website will see that it features articles on foreign policy and world affairs that, politically speaking, cover the map from conservative to Marxist. To be sure, most of the articles published are critical of U.S. policy, but that’s the only consistent thread. So I can’t see how this benefits the Kremlin in any significant way since such viewpoints are common throughout the internet. Everyone knows that the United States is a global bully, so why bother adding to the chorus? Of course, if the U.S. authorities provided something by way of tangible evidence of an intelligence link, things might be different. But since they haven’t, we are left with nothing more than an assertion that is dubious on its face.

Question: Presumably, the U.S. authorities will not pursue legal and financial action against U.S.-based authors who desist from further writing work for SCF. That is, there will be no retrospective litigation for past work. That suggests the move is an expedient and unscrupulous one aimed at intimidating writers. How do you see it?

Daniel Lazare: I see it that way too. As part of its sanctions campaign, Washington is not only trying to impose an economic blockade on Russian companies but a journalistic blockade as well. And it thinks nothing of trampling on Americans’ First Amendment rights in doing so.

Question: Do you think perhaps that the U.S. authorities are exploiting hysteria over alleged Russian interference and influence as a pretext to close down critical independent speech? It seems the “Russiagate” narrative that began as a way to undermine the Trump presidency in 2016 is alive and well.

Daniel Lazare: The implications in terms of free speech and critical thinking are profound. By forcing journalists to line up behind U.S. foreign policy in this way, the Washington federal government is telling them that dissent has its limits. Intelligence and analysis are fine as long as they don’t deviate from the official line. This was certainly the case during Russiagate when journalists who dared question the “collusion” thesis found themselves effectively sidelined. And it’s still true even though Russiagate is supposedly behind us. The bottom line is that critical thinking will hurt your career, so don’t indulge yourself too much if you want to get ahead.

Question: In your long experience of working as a newspaper journalist, have you seen anything like this effort by the U.S. government to censor? Historically, how does it compare with the McCarthyite Cold War era of persecuting alleged fifth columnists for the Soviet Union?

Daniel Lazare: Unfortunately, the campaign against SCF is far from unprecedented. Since the days of anti-communist Senator Joe McCarthy in the 1950s, the government has worked overtime at narrowing the bounds of acceptable discourse. Free speech has never been verboten as a whole. Indeed, it was perfectly OK – even voguish in certain quarters – to argue that “Tailgunner Joe”, a nickname by which McCarthy was mocked, was going too far, that he was running roughshod over civil liberties, etc. As long as you were careful to stress that communism was still a threat, you were fine. But arguing that the McCarthyite Red threat was overdone while also arguing that communists might actually be right about certain things, such as the poisonous levels of racism in the U.S. South, that was completely off-limits. Journalists had to engage in careful self-censorship so as to preclude any suggestion of fundamental ideological disagreement. The effort is alive and well during the age of neo-McCarthyism known as Russiagate.

Question: In the sinister age of persecution of whistleblowers like Julian Assange by the U.S. authorities, it seems that independent journalism is being criminalized. Do you see a connection between the Assange case and what the U.S. government is doing with regard to prohibiting U.S.-based journalists from working for Strategic Culture Foundation?

Daniel Lazare: I do see a connection in that the aim in both cases is clearly to narrow the bounds of acceptable discourse. On one hand, the U.S. government wants us to swallow the absurd lie that Assange is guilty of espionage merely because he has received inside government information, something that investigative journalists do seven days a week. On the other, it wants journalists to agree not to write for a website on the grounds that it’s an arm of Russian intelligence even though the government has provided nothing by way of evidence. It’s impossible to do either without tossing critical faculties by the wayside. But that’s exactly what the U.S. government wants us to do – so as to eliminate political dissent.

The Digital Control & Censorship of our World